Get Daily Email
Join/Login CLOSE
Home / Featured Content / A Message to my Kids: Your Character Counts and it’s Non-Negotiable
Embed from Getty Images

You’ve likely noticed that I’ve been binge-watching episodes of “The West Wing” the last few weeks. You’ve always known I was a fan, so I expect this isn’t an incredible surprise.

Some of that is driven by the fact that I’ve enjoyed the work of its chief architect and creator, Aaron Sorkin. No question there are many fine screenwriters in the biz in Hollywood, but he is, in my opinion, one of the best writers that Tinseltown has to offer.

I tend to see “The West Wing” as a source of “video soul food,” if you will.

This isn’t due to some sort of obsession, misplaced hero worship to the cast and creator, or defined political party leanings. The series does surround a liberal left White House, but that’s not why it appeals to me. I’ve never cared about Republican or Democratic ideology, plus I’ve voted for major candidates on both sides of the aisle at one time or another based on issues that affect our family. That’s a large part of what I refer to as parental character, in that you make choices in the name of your children and not so much for your benefit.

You’re certainly no stranger to the concept of character. We’ve talked about it many times as you’ve progressed through your adolescent years and into adulthood. Those qualities make up the very best of who we are and should always strive to be…things like honesty. Integrity. Compassion. Honor. Selflessness. Respect for others. These are the hallmarks that make us the very best perpetual version of ourselves.

They’re the same ideals that should be integral to a functional, rational, compassionate, and participative government. By no means am I suggesting “The West Wing” is a perfect portrayal of executive legislation. All of the players have strengths and weaknesses that are either celebrated, examined or exploited as the series progresses. Mistakes are made, but lessons come from almost every storyline. More important, it’s an examination of doing thing the right way for the right reasons, not because it strokes your over-inflated narcissistic ego.

So why am I spending more time watching a television show about a fictional U.S. presidency?

Call it wishful thinking. I’m not that wild about the state of things these days in Washington, D.C.

Let’s be clear…I’m not talking about the entire executive branch of the U.S. government. Reasonable people on both sides of the political aisle are attempting to do their jobs with positive intent. I’ll give them the benefit of the doubt that they’re trying to serve the U.S. public in only the best way available to them.

I am solely referencing the guy behind the desk in that large, white, egg-shaped room.

I can’t recall a time where character has been so egregiously lacking in the Oval Office. The Executive Branch has always commanded respect, even despite scandals and cover-ups that have been a source of embarrassment and shame. I may not have liked who was in power, but I still honored the office. Respectful disagreement is healthy anyway, as it gives us perspective and an opportunity to reflect on progression.

Now it’s about being right and shaming those who dare to disagree. It’s about belittling, name-calling, and castigating the opposition in a direct challenge so they’ll back down. Twitter has now become a verbal weapon vs. a means of communication, and the term “fake news” is a coverall for anything we don’t like to read in print or hear on broadcast media. Truth doesn’t seem to be a factor anymore, as reputable news sources have now been categorically lumped into National Enquirer-esq reporting due to the president’s media preferences.

These are not the acts of a calm, considerate, and respectful head of state. They are the tactics of a schoolyard bully. You need not be reminded that schools across the U.S. have been challenged to weed out that kind of behavior. How ironic that 1600 Pennsylvania Avenue didn’t get that memo.

Some will attack me for saying that, and I’ll have to endure names like bleeding-heart liberal, left-wing snowflake, or some other grossly inaccurate and derogatory description. Some of my family members and friends will disagree with me, but that’s nothing new. Siblings, parents, in-laws, and other assorted relatives within various family groups are rarely in harmony on any variety of subjects.

And you know what? That’s okay. We can disagree without vitriol and spite, hatred and mockery as long as we’re logical, respectful adults. We may not like it, but the very last thing we do is admonish one another just because we can’t see eye-to-eye.

It’s also what capable, professional, and exceptional leaders do. Trust me: I’ve been around some pretty incredible ones over the span of my career, and I’ve also witnessed a few that should have never been bestowed with that title.

The best ones always treated me respectfully even if we couldn’t agree. If anything, I held them in higher regard because they understood the employee/subordinate/leader dynamic. They didn’t know everything, they appreciated dissent and discussion, and they wouldn’t belittle me just because I held an opposing opinion. Their personal and professional character had a great deal to do with how they treated their people.

Your character is one of the most important things you will ever possess.

It controls your actions and forms your attitude. It dictates your humanity and guides your compassion. It strengthens your resolve and steers your rational decision making. It drives how you treat and respect other people who are not the same or hold different opinions than you. More than anything, it is the guiding force by which we truly judge right and wrong, regardless of issues and personal preferences.

Hold on to those ideas, kids. Don’t let them go. To suggest we have to treat people like garbage to get them to back down or compromise is complete poppycock. There are incidents where you must take a stand, but those are reserved for the most critical of times. Even then, there is still a protocol that doesn’t require a barroom-brawl mentality.

We are living in challenging times, indeed, but never let your character become a casualty of its existence. It counts for everything.

With much love and proudly yours, 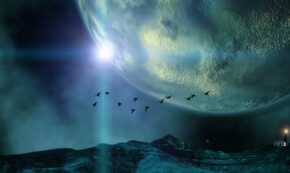 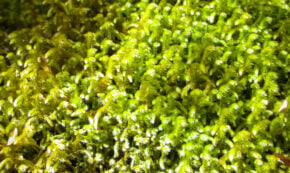 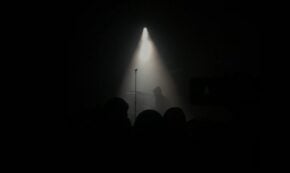