There I was, sitting in another small group Bible study, when the topic of salvation came up. It seems Christians are always speculating who will be saved from the fires of Hell and who won’t be, and how exactly God will decide.

I suppose that there is something in us that wants to rest assured that we don’t end up on the wrong side of the ledger, and so people of faith — and maybe even people of no faith — hypothesize and ruminate on this issue.

In a TV interview, Martin Iles, the head of the Australia Christian Lobby, stated that the mainstream Christian belief is that all people are destined for hell from birth unless they find salvation through Jesus. This was undoubtedly the belief that I was taught as fact growing up in the evangelical Church.

In fact, the prevailing strategy that many churches used to get people on board with Christianity was to sell it as a kind of fire insurance to protect you from ending up in the bowels of Hell. Simply pray this prayer, and hey presto! You’re saved!

But is belief in Hell really ‘mainstream,’ as Martin Isles suggests? Remarkably, the answer is still a resounding, “Yes!”

It might be out of fashion to believe in Hell, but research indicates that most people in the US still hold to the idea that there will be some kind of posthumous place of eternal torture.

In fact, a survey from Pew Research showed that almost 60% of people in the USA believe in Hell, with belief being highest amongst the Evangelical Christian demographic, at around 82%.

Let me level with you. Despite the fact that most Christians say they believe in Hell, their behavior betrays an altogether different set of beliefs.

Why do I say this?

Well, belief in Hell has some clear-cut implications for behavior here on Earth. Let me explain:

If you believed that a friend or family member was in imminent danger of being killed, logic suggests that you would immediately and decisively act to prevent that from happening. I do not doubt that if my child were about to be hit by a bus, I would attempt to push them out of the way. In fact, I would probably even help a stranger who was about to be hit by a bus.

It would be instinctive.

It makes sense that if I genuinely believed in this imminent and horrible spiritual death — Hell, that is — that I would do everything I could to “save people.” I would actually shout it from the rooftops, stop strangers on the street, and be in my family’s faces all the time — and unapologetically so.

Now, you might know Christians who do these kinds of things — God knows they are certainly out there. But the majority of Christians don’t do this. That’s a fact, and research supports it.

According to Barna, almost all practicing Christians believe that part of their faith means being a witness about Jesus (ranging from 95% to 97% among all generational groups) and that the best thing that could ever happen to someone is for them to know Jesus (94% to 97%).

According to Lifeway Research, less than half of all Christians have shared with someone in the past six months how to become a Christian (45%). Of those who have spoken to someone about becoming a Christian, most had only done so once or twice (24%). Only around 1 in 10 churchgoers (10%) average at least one evangelistic conversation a month.

What are we to conclude from this?

Or, perhaps a more pertinent question is why do most Christians believe that those who don’t believe in Jesus are destined for a horrible, eternal spiritual death in the fires of Hill, but they don’t bother to warn people?

There are a few potential conclusions that we could make from these statistical anomalies. Firstly, you could conclude that perhaps Christians don’t care about their family and friends who are supposedly perishing. However, despite what you might think of Christians, there is no good reason to believe or suggest that they care any less about people than those who are not Christians.

So, that leads us to a second, more-likely, conclusion. Perhaps, despite what they say they believe, even Christians struggle with the idea that an all-loving God would people to Hell for all eternity, and that is why the task of “warning others” is statistically not a priority. Could it be that the mental gymnastics required to maintain the belief that God will punish most of humanity in eternal conscious torment is too-great-a-leap for even most Christians?

You might hate those fundamentalist Christian types who are always harping on about Hell and trying to get people “saved.” But, the fact of the matter is that these are the true believers — at least in the evangelical version of Christianity. You have to give them credit for actually following through on their beliefs… even if their beliefs are wrong.

It’s hard to believe in Hell

Personally, I think a big reason why many people don’t share their Christian faith is that the Christian faith has become so enmeshed with the doctrines of sin, punishment, and hell, that it’s simply hard to speak about it as “Good News.” In fact, to hold to the idea that it is “Good News” that anyone who does not receive Christ is destined for an eternal future in firey torment requires a certain level of denial of what would appear to be common sense.

I have written much about my own personal struggles with the idea of Hell. But it seems that many Christians have similar struggles, though fewer are willing to admit it.

Sure, Christians might say they believe in Hell, but their lack of action tells a different story… and that lack of action from supposedly Spirit-filled Christians tells you about all you need to know about Hell. 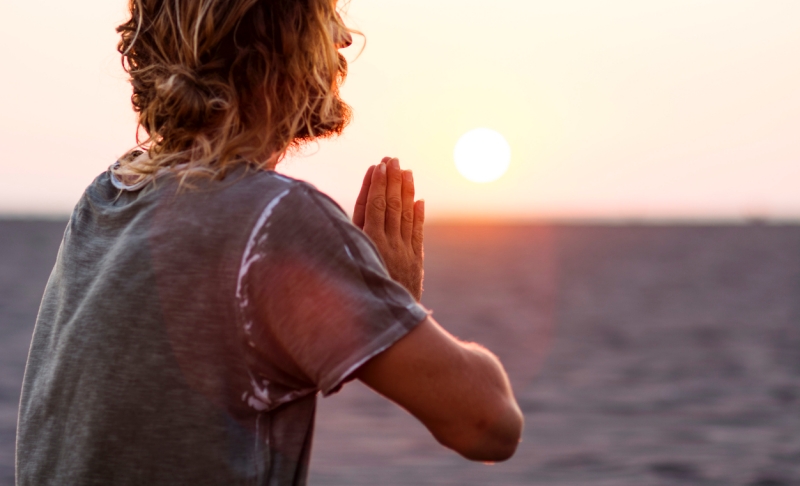