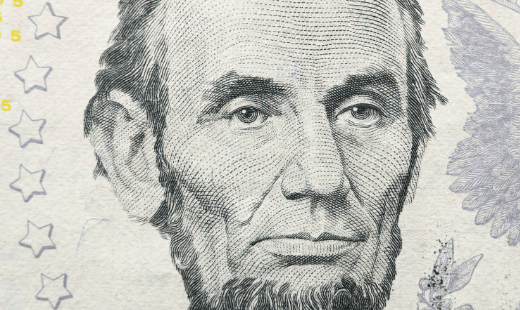 Everyone needs a hobby, don’t they? Writers need something to do when they’re not writing besides hanging out on Facebook or some similar timesink. One of mine happens to involve following dead presidents.

Back in the early days of the World Wide Web, a database guy in Massachusetts wondered where the money in his wallet had been before it got to him. He did some thinking, as database guys are wont to do, and realized that every bill has a unique serial number as well as a series ID. If you combined those with ZIP codes, Hank Eskin reasoned you could track the travels of a bill. Just like that, a website was born.

WheresGeorge.com is 19 years old now and going strong. Eskin has been interviewed a bunch of times, by NPR, AP, the New York Times, Nature, Forbes, and even Howard Stern. The site currently boasts over 270 million bills entered, with about 20,000 entered daily. The site maintains a media section with press stories if you want to read more coverage.

I signed up not long after I first heard of the site, in November of 1999. I was very impressed with the geeky nature of the idea and was traveling some, so I thought it would be fun. It was a lot of fun. Until I realized how tedious it was to handwrite “www.wheresgeorge.com” on the front and back of every bill I had. I only entered 25 bills in two months, and then lost interest.

I had a “hit” in April of 2000, where another WG user found one of my marked bills, so that revived my interest…for about a month. The same thing happened in 2003: a hit and a month of writing. It was fun tracking the bills, but I had issues. I hated writing on them and wanted a stamp. But I felt like buying a stamp was a waste of money on what was really just a fun little game. I also found it hard to remember to mark and enter a bill when I got it. That was still back in the days of dumb phones and little mobile internet access. I might be traveling and pick up some bills, and not be back to a computer for two or three days. That made it hard to remember the ZIP code I was in when I got the bill.

When we hit the road for our RV adventure six years ago, I thought that would a great time to get lots of bills scattered all over the country. Most serious Georgers believe that is the best way to get hits. But I ran into the same issues as before: no easy way to enter them in a timely manner, and writing that URL was still pretty tedious.

Fast forward to late last year. For one reason or another, I was checking out the site, and I saw a reference to an app for entering bills.

I figured out a while ago that I could enter bills on the website via my phone; that’s what I was doing on the RV trip. But it was still rather tedious, and I had to know the ZIP code I was in when I got the bill. The app uses geolocation to figure out the ZIP code you were in and loads that automatically for you. Plus, you can take a picture of the bill and let the app’s OCR capability grab the serial number for you. I was sold. It was $0.99, but I would have paid a couple of bucks for it.

The app really reinvigorated my interest in the hobby, and I decided to break down and buy a stamp. I ordered something like this one from Stamp-Connection.com for about $15, and I was in business. Check out the Where’s George forums for way more discussion than you’d ever want about which stamp is better, and which color is more effective. In three months of 2016, I entered more bills than I had since 1999. I’ve started getting hits, too. I’ve only had 10 bills hit total, but five of those have come in the last 6 months.

Yes, I have no life.

Because Hank Eskin is a database guy, and so much data is available from US Currency, he’s got all sorts of reports ready for users. WG can tell you how many bills you’ve entered of each denomination (I’ve entered everything but a $2 and a $50), and how much money each denomination represents. You can see what the breakdown is for each Federal Reserve Bank from the letter at the front end of the serial number. Most of the bills I’ve recorded have come from Dallas, San Francisco, and Atlanta. I’ve entered bills from all 12 Banks. I’ve entered bills in 22 ZIP codes, mostly in Ohio and Oklahoma.

How long does an average bill last? According to the Federal Reserve, it varies.

What happens when a bill is too worn for use? It gets pulled and sent to the nearest Federal Reserve Bank, and you can buy bags of shredded money if you like. You can also exchange a torn or otherwise mutilated bill by contacting the Bureau Of Engraving And Printing. You just need to have at least 50% of the note left.

So what’s the point? If you’re a data geek, it’s just a cool dataset. When you stop to consider that there are about 8.4 billion bills printed each year (2012 data), the numbers can be astounding. Turns out there’s a good bit of cool science being generated from all of this data. There’s this article about population mobility, or how people move around. There have also been two papers that used WG data to study the spread of disease.

So Where’s George is a cheap hobby that can do some good. How cool is that? Are you a Georger?