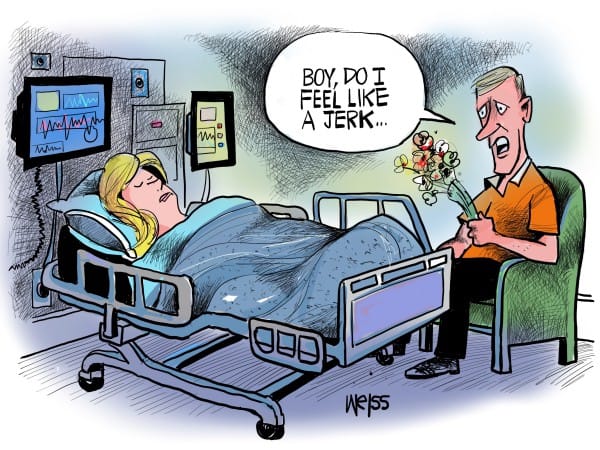 A few years back, a buddy of mine named Harry was dating someone new. Harry was excited because she was pretty and shared the same interests.

One day, Harry phoned his new girlfriend to arrange another date. She didn’t answer her cell phone, so he left a message.

A day or two passed by and no response. “That’s kind of rude,” Harry thought. “I left her a nice message, and she’s blowing me off.”

Another day passed and now Harry was, to use his words, “Totally pissed.” He picked up his cell phone and left her an angry message. He told her how inconsiderate she was to ignore him. He said that most people have the courtesy to reply. “If you don’t want to see me, then fine, I won’t call you anymore.” he said.

It was disappointing to Harry to be rejected and ignored, but he felt good about giving her a piece of his mind.

Unfortunately, what Harry didn’t know was that she hadn’t blown him off.

She was in the hospital, the victim of a serious stroke.

Don’t be a donkey

Donkeys are fine animals. According to one breeder: 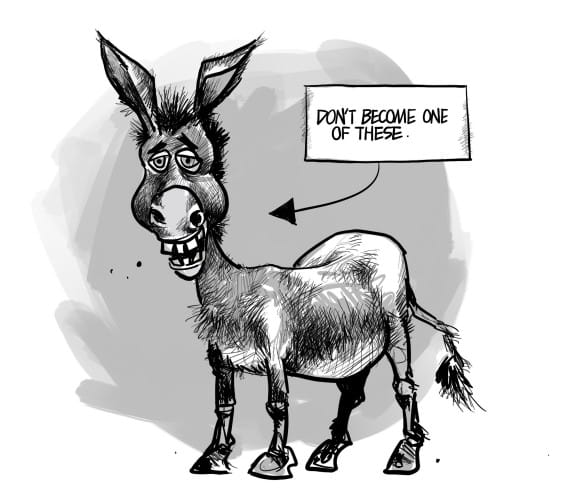 Unfortunately, despite these fine attributes, the male donkey is also known as an “ass.” We sometimes use the word pejoratively, to describe someone acting like a jerk. Which happens to be exactly how Harry felt, once he learned about his girlfriend’s stroke.

Have you ever been an ass? I know I have. It’s not that we wake up and decide, “Today I will be a jerk!” It’s more subtle. We allow cynicism and low expectations to rule the day. We expect the worst.

Pessimism has its uses. Assuming the worst and hoping for the best insulates us a bit from disappointment, or being taken for fools.

Unfortunately, pessimism can breed negativism and blind us to the best in others.

Little things build up over time. We tend to focus on the big stuff, failing to recognize the cumulative effects of small things. A good example is compound interest. Small investments, over time, slowly grow into big investments.

The same is true with physical fitness. A lot of folks get inspired, join a gym, and then dive into a huge workout routine. Of course, it ends in injury or burnout, and soon they give up.

Had they started with small, manageable workouts, they’d see steady progress over time. It’s a much more successful approach than doing too much, too soon.

“Remember, earthquakes and hurricanes get all the publicity, but termites do more damage than both of them combined and the termite takes bites so small that you cannot see them with the naked eye. However, termites are persistent, they take lots of bites, and there are lots of termites.” 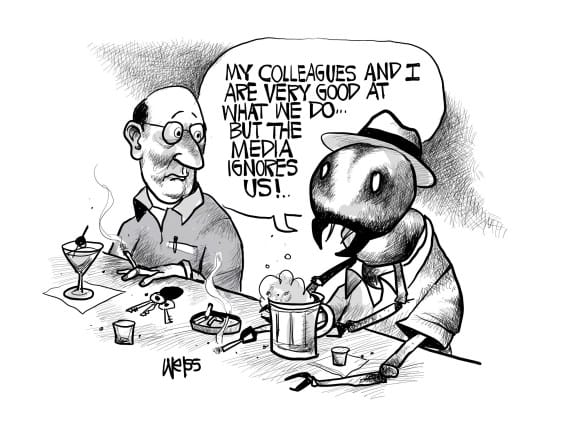 An ass out of you and me

The urban dictionary will tell you that the word “assume” means to make an “ass” out of “u” and “me.” Sadly, there is a lot of truth to this observation.

We go through life making assumptions. Assumptions about the intentions of others, what people are thinking, what political ideology they hew to, and more.

Assumptions can be comforting because we feel more secure when everyone and everything can be placed in neat, little boxes. However, people and circumstances are usually more complex.

My buddy Harry made an assumption that his new girlfriend was being rude. That she was rejecting him. He assumed the worst, not considering all the other possibilities, like illness, a lost cell phone, etc.

I’ve assumed the worst in people, too. Particularly at work. As a supervisor, when some people called in sick, I assumed it was an excuse for a day off. Sometimes I was right, but other times I was wrong.

Why do we do that? Why do we frequently assume the worst in others instead of the best?

What if we assumed the best in others? What if we stopped jumping to negative conclusions and gave people the benefit of the doubt more?

“It’s a rare moment when we take a break from the tribulations of the daily rat race to reflect on assumptions and values that we casually accept as gospel.” — Graydon Carter

The bad behavior of some people has given us justification to assume the worst. No one wants to be played for a fool, or taken advantage of. We protect ourselves by keeping expectations low.

The challenge is in the callibration. People have a tendency to embrace extremes. If someone wronged you at work, then you immediately write them off. If your friend failed to pay you back for money loaned, you assume he’ll always be untrustworthy.

The trick is to adopt a more balanced approach. Don’t assume the person who wronged you at work has it in for you. Have the courage to talk to her, express your frustration, and hear her out.

Sometimes the problem is a misunderstanding. Instead of gossiping and complaining to everyone else about this one person, give him/her the courtesy to explain things. Or to make amends.

As for that friend that failed to pay you back, maybe there’s an understandable explanation. Perhaps there is a hardship you’re unaware of? Instead of making negative assumptions and jumping to conclusions, find out what happened.

“Assumptions are the termites of relationships.” — Henry Winkler

There were times in my career when I made erroneous assumptions about a few co-workers. Nothing is more embarrassing than finding out how wrong you were.

We’re all human and sometimes our biases and emotions get the best of us. We also tend to suffer from confirmation bias. This means that whenever things happen as we assumed they would, we conclude that we were right all along. But sometimes we’re wrong. The reasons for certain events may be vastly different than our assumptions.

Assumptions blind us to seeing people as they really are. We only see the negative. This cheats us out of experiencing the best in others.

By all means, don’t get taken advantage of, but try to keep your assumptions in check. You might just uncover a whole lot of positive stuff you never noticed before. 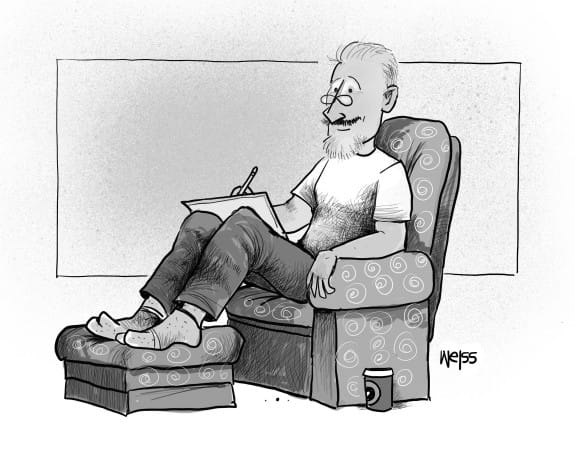 I’m John P. Weiss. Fine artist and writer. Get on my free email list here for the latest cartoons, artwork and posts.

This post was previously published on Personal Growth and is republished here with permission from the author.
—

Facebook342Tweet1PinEmailShares343
wpDiscuz
Share this ArticleLike this article? Email it to a friend!
Email sent!