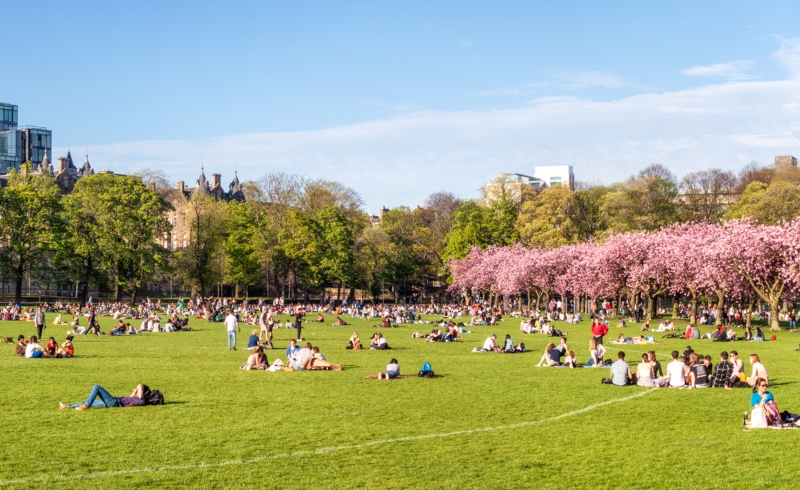 So far this year many parts of the world have seen weather records broken, and not always happily, as floods, storms, heat, cold, drought and more reach new extremes – but, in the temperate United Kingdom, swept frequently by Atlantic storms and Arctic gales, a sunshine record is something to marvel at.

That’s what has just been the experience of the city of Oxford, home not only to an ancient university but to a collection of the longest single-site weather records in the UK, with worldwide relevance.

The university’s Radcliffe Meteorological Station has measured a new record for sunshine. The total for the month just gone was 331.7 hours, making May 2020 the sunniest calendar month in the city since sunshine records began in February 1880, and far beyond the previous holder of the title, July 1911, with its total of 310.4 hours.

“You can smell the burning card and sometimes see a small smoke trail. It’s a beautiful and wonderfully simple yet very clever device”

Oxford’s statistics for the months from March to May show as well that spring 2020 has been far sunnier than anything measured in previous years, with 59.3 more hours of sunshine than the previous record, set in 1990.

This sequence of long sunny days has meant something else as well: an almost total absence of rain in Oxford, where rainfall records go back as far as 1767 (though in a different part of the city for the first five years). This month was the driest May since 1795 – only 3.5mm accumulated in the rain gauge.

The Radcliffe station measures sunshine with a robust device invented in 1853, called a Campbell–Stokes recorder, or a Stokes sphere. The original design consisted of a glass sphere set into a wooden bowl, on which the sun burnt a trace.

A modification replaced the bowl with a metal housing and a card holder set behind the sphere. The device, still in use almost unchanged after nearly 170 years, records the hours of sunshine bright enough to burn a hole through the card.

Thomas Caton Harrison, a doctoral student at the University of Oxford, collected the final figures on 1 June to establish the previous day’s sunshine reading. He said: “You can smell the burning card and sometimes see a small smoke trail. It’s a beautiful and wonderfully simple yet very clever device.”

The Radcliffe station has a unique place in both UK and international weather observation. Record-keeping began here in 1772, and an unbroken daily air temperature record has existed since November 1813. The daily rainfall record runs from January 1827, and sunshine from February 1880. These are the longest single-site weather records in the UK, and amongst the longest in the world.

They are especially valuable because the instruments in use and their exposure have been fully documented throughout the record. The station, based at Green Templeton College, has been managed by the university’s School of Geography and the Environment since 1935.

For more details see Oxford Weather and Climate since 1767, published by Oxford University Press in 2019. The book provides an analysis of the weather records from the Radcliffe Meteorological Station, one of the most detailed accounts for any city in the world. – Climate News Network