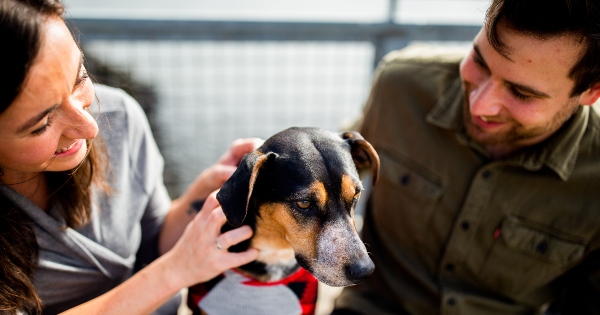 a. Enact and enforce legislation to guarantee the rights of women and men to equal pay for equal work or work of equal value;

b. Adopt and implement laws against discrimination based on sex in the labour market, especially considering older women workers, hiring and promotion, the extension of employment benefits and social security, and working conditions;

Paragraph 165 (a) and (b) focus solely on the national level within the strategic objective. The purpose is to “promote women’s economic rights and independence.” Economics is the name of the modern game.

Without a modicum of equality in the department of rights and opportunities relevant to economics, women simply don’t have much. Many of their struggles stemmed from and stem from economics.

They can lack labour standards. They can be denied the right to vote. However, for the ubiquitous choices available in each day and night, finances are ever present. Consider: A life without the ability to control your own money.

Not only a day or a night, or a month, even a year, but a lifetime, an inability to control financial choices, thus, in large part, your fate. Money gives choices. When you do not have the same or fair opportunities to make choices in concretized financial decisions, you’ll have a much more limited life than others.

It is like this throughout the world for countless women. The question isn’t if this is happening; thus, the question is, “How can this be remediated in some manner?” There are plenty of organizations and proposals on the table now.

It can be in the areas of access to particular employment. When we look at the modern economy, some of the higher paying jobs now: STEM. Science, technology, engineering, and mathematics, are the cornerstones of the modern societies.

Military, popular hardware, gaming equipment, software of all forms, discoveries in medicine, construction projects, and the like, all of these are informed and guided by the principles of existence discovered by the sciences and applied by technology.

In this sense, the idea of access to employment should be a targeted objective. Where, women looking for employment in every industry at all times may be a waste of time and resources of the organizations and efforts to work to increase the global participation of women in these domains.

STEM, however, is an excellent place to start on many of these inequality issues. As well, in jobs with terrible working conditions, the dirty, dangerous, low education requirement, jobs go to men and women. Often, men are killed on the job far more than women. This has to be worked on now.

Also, the areas of small, painful injuries, whether housecleaning, maids, or other such jobs without much of a death rate while having a minor injury rate is something to consider important; women get hurt in the job due to poor working conditions.

There is a sense in which the control over economic resources has so many undertones, creating a basis for both equality and inequality. There, probably, exist some paradoxical circumstances in which control over the finances protect some women from abuse and discrimination.

However, by and large, or in broad strokes, the lack of financial independence, once the finances are earned, is a crucial facet of restrictions of women’s livelihood and choices. Fashionable consumption as a distraction can be a barrier socio-culturally because the money is spent frivolously.

On the level of governments, of those governments working in line with the Beijing Declaration, they work to focus on both the enactment and the enforcement (with the implied creation of the legislation) of legislation for equal rights for women with men.

The economics is the core part here. They focus on both the equal pay for work of equal value, which is the egalitarian thing to stipulate. If the work was worth less, though the man or woman was paid more, then this would be unequal and sexist in either direction.

Because one sex is being benefitted over the other. A commensurate pay should come with the consider of a commensurate educational status. Individuals who do not have the same educational attainments or equivalent experience should not garner the same wage.

The second part of the paragraph focuses on the legal system. The ‘adoption and implementation of laws for the prevention and protection against discrimination based on sex in work.’ Those emphasizing legal changes for adoption helping “older women workers.”

It is interesting to note the work-cycle focus here. They look at hiring and promotion, benefits, and better working conditions. The improvement of these conditions for older workers is important as a consideration. Because older women workers will have an increased risk of physical injury.

These could include the aforementioned working conditions. Also, they include a form of employment benefits for them to enjoy more time for rest and relaxation based on the deterioration of time on the body, or further social security.

However, in some other paragraphs of the Beijing Declaration, there have been interesting tips of the hat in the favour of women with a focus less on the raw promotion and hiring, as such, while more based on temporary preferential hiring in order to reach some desired level of equality.

This is where the forms of egalitarianism do not mix together. This is where the arguments are had between feminists and non-feminists alike. What do you do in terms of equality of work and value of the work in regards to the remuneration?

That’s a question for societies to answer for themselves where the answers are plurally correct depending on the framing of it. There’s no one right answer.

Photo by Chewy on Unsplash