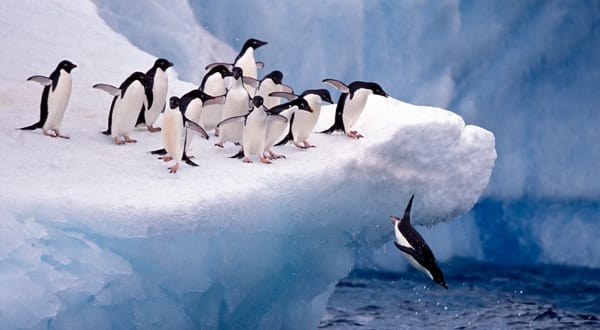 —
LONDON, 22 January, 2019 – In the last few decades the speed of polar ice loss at both ends of the planet has begun to gallop away at rates which will have a marked effect on global sea levels.

Antarctica is now losing ice mass six times faster than it did 40 years ago. In the decade that began in 1979, the great white continent surrendered 40 billion tons of ice a year to raise global sea levels. By the decade 2009 to 2017, this mass loss had soared to 252 billion tons a year.

And in Greenland, the greatest concentration of terrestrial ice in the northern hemisphere has also accelerated its rate of ice loss fourfold in this century.

Satellite studies confirm that in 2003, around 102 billion tons of ice turned to flowing water or broke off into the ocean as floating bergs. By 2013, this figure had climbed to 393 billion tons a year.

“That’s just the tip of the iceberg, so to speak. As the Antarctic Ice Sheet continues to melt away, we expect multi-metre sea level rise from Antarctica in the coming centuries”

Scientists report in the Proceedings of the National Academy of Sciences that they studied high resolution aerial photographs, satellite radar readings and historic Landsat imagery to survey 18 south polar regions encompassing 176 basins and surrounding islands of Antarctica to take the most precise measurement of ice loss so far.

Most of the loss is attributed to the contact with ever-warmer ocean waters as they lap the ice shelves or eat away at grounded glaciers. Since 1979 it has contributed 14mm to global sea level rise. The researchers stress that their reading of the profit-and-loss accounts of polar ice is the longest study so far.

“That’s just the tip of the iceberg, so to speak,” said Eric Rignot, of the University of California Irvine. “As the Antarctic Ice Sheet continues to melt away, we expect multi-metre sea level rise from Antarctica in the coming centuries.” If all the ice on the continent were to melt, it would raise global sea levels by 57 metres.

For more than a decade scientists have been concerned with the rate of warming, the acceleration of glacial flow and the loss of shelf ice off West Antarctica. The latest study indicates that East Antarctica, home to a far greater volume of ice, is also losing mass.

Accelerating glacier movement across Greenland towards the sea has also concerned climate scientists worried about icemelt for years. The island’s bedrock bears a burden of ice sufficient to raise global sea levels by seven metres.

Researchers who have used data from the GRACE satellites – the acronym stands for Gravity Recovery and Climate Experiment – since 2002 also report in the same journal that the largest sustained loss of ice on Greenland came from the island’s southwest. They think that within two decades the region could become a major contributor to global sea level rise. But why the loss has accelerated is uncertain.

“Whichever this was, it couldn’t be explained by glaciers, because there aren’t many there,” said Michael Bevis of Ohio State University. “It had to be surface mass – the ice was melting inland from the coastline.”

Once again, warming atmosphere and ocean are linked to ice loss in the Arctic region, a change driven by global warming as a consequence of ever-higher ratios of greenhouse gases in the atmosphere, fed by ever-higher rates of combustion of fossil fuels.

Melting rates have been uneven: the unexplained acceleration between 2003 and 2013 was followed by an equally puzzling pause. Natural atmospheric cycles such as the North Atlantic Oscillation must be part of the explanation.

“These oscillations have been happening forever. So why only now are they causing this massive melt? It is because the atmosphere is, at its baseline, warmer. The transient warming driven by the North Atlantic Oscillation was riding on top of more sustained global warming,” Professor Bevis said.

“We are going to see faster and faster sea level rise for the foreseeable future. Once you hit that tipping point, the only question is: how severe does it get?” – Climate News Network
—
This post was previously published on Climate News Network and is republished here under a Creative Commons license CC BY-ND 4.0.
—