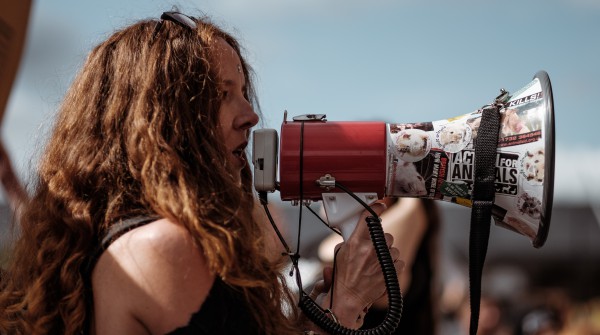 Contentment is the greatest weapon against the fever of chronic recognition, let us wield it

We come across attention seekers quite often. They come with a reservoir of drama and conflict. But it has become imperative, in this day and age, to understand the psychology of these attention seekers. We need to identify their motivations, the underlying driving force that persuades them to act that way. For that, we need to dive deep into the very subconscious mind of these people and bring out the hidden contributing factors.

So what exactly is Attention Seeking Behavior?

It is defined as the act of seeking recognition and the subconscious attempt of becoming the center of attraction in social gatherings.

Suppose you’re having a seemingly decent conversation with one of them. As of yet, you don’t know whether the person you’re interacting with is an attention seeker or not. All of a sudden, you find them burst with emotions. It can be excitement, anger, or sense of immense disturbance. You start wondering what could have possibly gone wrong. If you could find no practical reason, know this, that he/she is an attention seeker. It is characteristic of every attention seeker to come up with emotional outbursts for no reason at all. It is usually referred to as Histronic Personality Disorder.

But it doesn’t stop there. They’ll behave as if they’re victims of emotional exploitation. Though you’ve done absolutely nothing to cause the trauma, they however, like to play the blame game. You’ll start feeling uncomfortable, but that won’t deter them from continuing their drama. They have absolutely no regard for social order and peace and would leave no stone unturned in playing a poor victim who has been traumatized by the person they’re interacting with. All this for a speck of attention.

Sometimes, people become so close to you that you cannot think of a day without having to meet or talk to them. And if that someone happens to be an attention seeker, you’re in for some serious drama. You’ll find them forcibly inserting themselves into your daily routine. Not only that, they’ll make sure that you end up texting or calling them as many times as possible. Subconsciously, they want you to be totally dependent on them. They want to be your messiah in your times of need. They’ll try to gain a position, where you’ll end up begging for help in tough times. This is how, they’ll gain an upper hand on you, thus making you their emotional slave.

4. Pretending To Be Ill

This is one of the best psychological tricks employed by an attention seeker. You’ll find them claiming to be ill, even when they are at the peak of their health. It is much like a madman claiming the weather to be cloudy even if it’s a bright sunny day. They act this way to gain sympathy. So that people start to take out some time and give all of their attention to them. Attention seekers are very good with acting. They’ll never let you see their real face. You’ll never know if that person is really ill, or just pretending to be. The main goal here is to get sympathetic attention from the close ones, and if possible, from strangers as well.

As mentioned earlier, attention seekers behave as if the world revolves around them. But sometimes, they’ll also use means that are far less direct than the ones they normally employ. One of the best ways is to act busy. Yes, this is a passive way that transmits signals conveying that they’re important as a professional and have no time for people. This is done so that people start to admire their hard work and frequently connect with them as if they’re very important figures in society. Showing people that you’re engaged and seldom have spare time indirectly lures people, as they start believing in your false status and start being around you to get even a molecule of attention.

Common Reasons Behind Such Behaviors

We live in an era of social media. A time when the digital platform is booming at an exponential rate. The social media revolution has brought about tremendous changes in the mindset of people. Since social media platforms generate the feeling recognition and fame, it automatically develops the desire for attention. Chronic usage can turn a person form a social animal to a voracious seeker for attention.

Often, children feel emotionally abandoned when their guardians or relatives don’t pay enough attention. It can also happen that a child has been pampered to the extent that they can no longer live without constant attention even after they’ve grown up. These two polar opposite circumstances give rise to the same problem. A chronic hunger for attention. Whether it be abandonment, difficulty in communication or spoiled pampering, it eventually creates an appetite for more and more attention.

Be it at work or social gatherings, we’re almost always surrounded by peers. Now, these people can influence our subconscious depending on how we position ourselves in front of them. When we find our peers getting more attention than us, we tend to get envious and subconsciously start desiring the same level of attention for ourselves. Prolonged exposure to such emotions creates an addictive instinct that drives us to become a center of attraction.

How does Attention seeking Behavior affect you

1. If you are the Victim – It Creates Psychological Unease

Both in terms of emotion and psyche, there arises a sense of unease when interacting with an attention seeker. The listener might not realize it, but he/she has already been infected by the toxicity emanating from the attention seeker. All of a sudden, you’ll feel used and manipulated in front of an attention seeker. They would take you to and fro form being lured to being neglected. You’ll feel as if you’re drawn close to them whenever they’re in need of attention and then pushed away in the very next moment. This creates psychological unease for the victim.

2. If you are the attention seeker- Affects Your Energy Level And Social Image

The seekers themselves have to expend a lot of energy to gain an absurd level of attention. This results in emotional exhaustion, often followed by frustration and desperation. This, in turn, steals all the productivity and precious times which they could have used for better pursuits. Also, people are not fools. Sooner or later, they realize what the seeker is up to, and start talking behind their back. They make fun of him/her and look down upon them, thus tarnishing their social reputation.

How To Deal With It?

1. If You Are The Victim – Play Tactful

While it’s decency to respond to someone, attention seekers, however, don’t deserve that, at least the most of it. When you find them getting desperate for attention, what you can do is, give a delayed response. Continue this, and watch them slowly fade away from your life. Because your repeated delayed response would indirectly convey that you’re not available for them and that they are not the center of the universe. When already engaged in a conversation, try to maintain some distance by addressing others in the gathering and not them. In this way, you can keep away from the attention seeker.

2 If You’re The Seeker, Work On Your Psyche

If you’re reading this, and happen to be one of the attention seekers, don’t get upset. There’s always a solution to everything. Just recall the above-mentioned traits of an attention seeker and identify which one best describes your situation. Once identified, start working on it.

As mentioned earlier, attention-seeking arises from an instinct rooted deep in our subconscious, and only their careful amendment can bring about changes in your psyche, thus making you a better person with time. You have to understand the difference between socializing and attention-seeking, and eventually work on your problem.

So you see, there’s no single cause behind attention-seeking behavior. With rapid commercialization, our society has been exposed to all forms of materialism that makes us prone to negative emotions like this. We have to be aware of our instincts and determine if its is leading us to the right direction.

Hi! Ethan Ray here. Someone passionate about human psychology and how it responds to the world around them. Into philosophies of Freud, Jung, Emerson, Thoreau, etc. Encourage positive thinking, humanitarian acts. Love football, long-boarding. Indulge in films, music and liberal arts.

A version of this post was previously published on The Mind’s Journal and is republished here with permission from the author.

END_OF_DOCUMENT_TOKEN_TO_BE_REPLACED

Facebook45Tweet3Pin1EmailShares49
wpDiscuz
Share this ArticleLike this article? Email it to a friend!
Email sent!