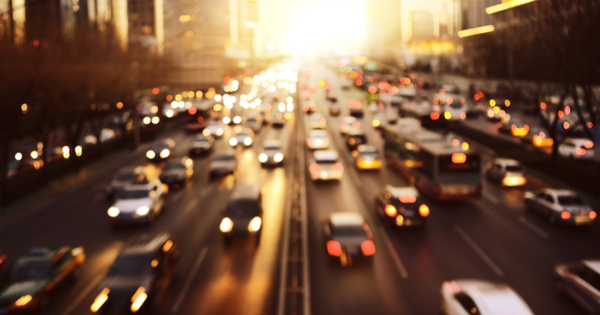 Uncertainty is the worst of all evils until the moment when reality makes us regret uncertainty.

I try to avoid the freeway as much as possible on my drive to work, at least the short section between our neighborhood and the bypass downtown. It is an ungodly busy stretch of racetrack with several ramps and a short, insane stretch where you are forced to merge into a solid river of speeding metal, all controlled by people willing to risk their life and mine to get to work on time. I don’t need that much chaos that early.

Instead, I take the relatively sane stretch of neighborhood road to the freeway downtown. I enter the freeway, more or less in the lane I want to be in, and the entry ramps are all at least two lanes away from me, so I just maintain the speed established by the cars in front of me. Not exactly relaxing, but not nail-biting, white knuckle terror either.

On the west side of the street through the neighborhood is a senior care facility. A three-story brick building standing behind a parking lot that too often has an ambulance setting under the long, high awning.

One morning a man was sitting on a motorized scooter. He was on the grassy strip between the sidewalk and the street. He was just watching the cars speed past him. He was there that night, too. And for weeks afterward. His tan coat zipped all the way to the fur collar in the morning chill, and only slightly more open in the warmth of the afternoon.

His beard was black with wild streaks of gray. His face was lined and carved with the passing years. He always wore a black baseball cap. It had a military insignia on the crown oak leaf clusters on the bill. I was always too far away to see which branch of service it was.

Somehow, I always thought I should stop and talk to him. Just to say hello and ask how he was. I couldn’t help feeling he was lonely, just looking for something to see, someone to acknowledge his existence.

Then one day he wasn’t there anymore. As suddenly as he appeared. And I have wondered where he went.

And I will never have the chance again. I never even waved to the man. It is one of those things, a simple thing that I let slip away.

It reminded me of a story my wife told me of a gentleman who was in the same care facility as her mother. His electric razor stopped working, and he couldn’t afford the $100.00 to replace it. He had to save at least 5 months. The patients are not allowed to keep more than $20.00 a month from their retirement income, the rest goes to pay for their care. His family didn’t offer to buy him a new one. Unfortunately, that is common.

The government shackles our seniors, the families ignore them and they sit and waste in the seclusion of an aging body, and failing health. It is a terrible reward for years of hard work and providing for a family. And it waits for all of us.

If you have a chance to wave at someone, don’t pass it by. If you have family in a nursing home, go and say hello, see if they need anything. It will make you both happy.