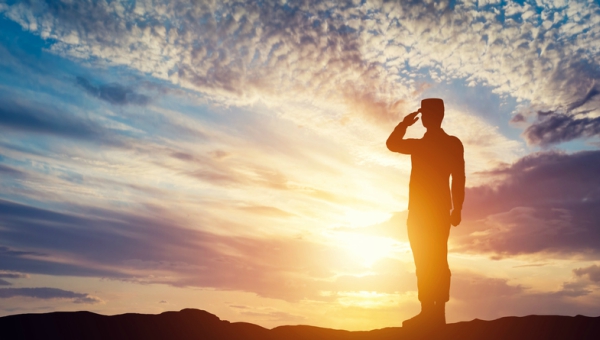 Enlisting at 17 and putting in a volunteer statement for Vietnam at 18 did not get me a shot at, and I claim privilege to publish these opinions as a citizen, not as part of the other one percent, the few who serve active duty in the time of all-volunteer armed forces.

This privilege attached to U.S. citizenship explains in part why I joined that one percent in spite of my dual citizenship in the Cherokee Nation, which has an unfortunate history with the United States. I do not claim that my service entitles me to look down on others.

Bill Clinton did not pull a hitch, but I’m not offended because he opposed the war and ought not to have gone if he could avoid it.

George Bush the Younger served in the Weekend Warriors at a time when they did not deploy except for domestic emergencies and the Weekend Warriors were draft dodging for the wealthy. I was offended because Bush supported the war and so should have helped fight it. Besides, I was always bent out of shape about how those National Guard slots were doled out to the wealthy and the well-connected.

Still, George Bush the Younger was never ugly to veterans.

Barack Obama did not pull a hitch. He missed Vietnam by accident of his age.

Donald John Trump was in favor of the Vietnam War but did not feel any obligation to help fight it. He is called “Cadet Bone Spurs,” a term coined by Sen. Tammy Duckworth, who left both her legs in Iraq when her chopper was shot down.

“Cadet” refers to his remark that his military prep school taught him more about the military than boot camp would have. It is not clear to me how he could know that.

“Bone spurs” refers to the fake diagnosis he got from a doc who was a tenant of the Trumps, a diagnosis that kept him out of the military but did not interfere with tennis. If this allegation of fakery is incorrect, it is my understanding that bone spurs do not go away, so the truth could be established with a simple x-ray.

Trump used slanted language to create the impression that John McCain threw down his weapon and surrendered on the battlefield when the truth was McCain’s aircraft was shot down and McCain was severely injured when he ejected. He could not, to the end of his days, raise his arms over his head.

His time in the Hanoi Hilton was colorful and he got more injuries courtesy of his captors. When the Vietnamese learned he was the son of an admiral, they offered up his release as a gift to open negotiations. McCain refused to be released in front of others who had been POW longer.

Trump slandered William Taylor, a West Point graduate who was retired from a distinguished career in the Foreign Service after commanding a rifle platoon of the 101st Airborne in Vietnam. Taylor, over the objections of his wife, came back to the Foreign Service from retirement to serve as chargé d’affaires in Ukraine, where he had been Ambassador in parts of the Bush 43 and the Obama administrations.

He was convinced to disrupt his retirement when Secretary of State Mike Pompeo called him and told him, from one West Point man to another, that his country needed him because the only other person who could do the job without a significant learning curve was former Ambassador Marie Louise Yovanovitch, who had just been relieved at the request of Rudy Giuliani.

Now Trump has slandered Army Lt. Col. Alexander Vindman, who came to the U.S. at the age of three as a refugee from the Soviet Union. Vindman, like Bill Taylor, picked up a Masters from Harvard. Because he was fluent in Russian and Ukrainian, Vindman spent a lot of his military career as Army liaison to various U.S. embassies.

In a combat deployment to Iraq, Vindman was wounded by an IED, at which point he could have taken his Purple Heart and retired, but he chose to return to duty. He was assigned as National Security Council liaison to the White House, where it was part of his duties to be on the call between the presidents of the U.S. and Ukraine that has lit the afterburners on the move to impeach President Trump.

Vindman was alarmed enough by Trump’s attempt to threaten the new president of Ukraine that he tried not once but twice to sound the alarm through channels. Vindman has now drawn Trump’s wrath for answering questions from Congress, and the Trump, I mean Fox, Network has floated the theory that Vindman is guilty of espionage. I am not clear on espionage for whom.

I am not as much offended as a veteran as I am offended as a citizen that a draft dodger in the White House would denigrate wounded veterans and gold star parents. I deserve no special standing to be offended because my service was not in a just war and when I volunteered I thought I was bulletproof.

But I am old enough to compare President John F. Kennedy, who failed the military physical and then used his wealth and connections to fake his way into a commission in the Navy and a posting to the Pacific Theater, where his PT boat was cut in half by a Japanese destroyer.

Cadet Bone Spurs used his wealth and connections to fake his way out of being conscripted for a war he claimed was just. “Chickenhawk” is a neologism for politicians who want to go to war and fight to the last drop of somebody else’s blood. Whatever you think of chicken hawks, I refuse to listen silently as a chicken hawk attacks the reputations of men and women who have put their lives on the line for the nation the chicken hawk purports to represent.