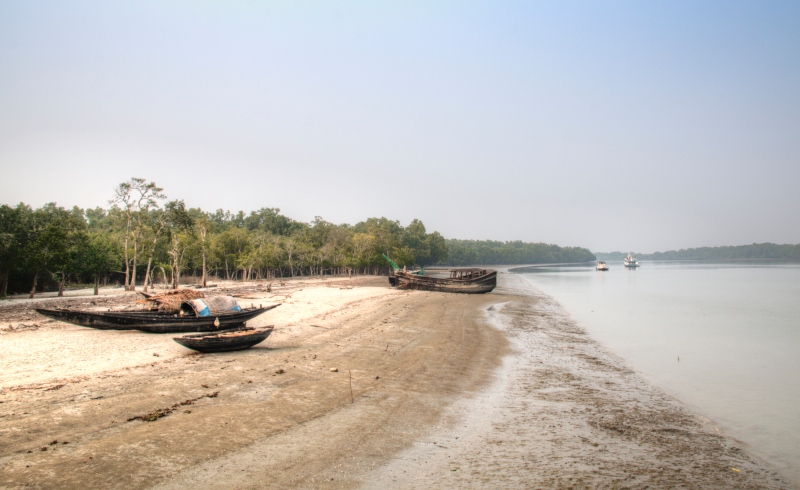 Already, more than 30 million people worldwide are in danger of catastrophic floods − and now they face further danger from the river deltas which are their homes.

Ocean storm surges which are one threat could wash away their homes, their livelihoods, and even their lives. Another, rising tide levels, could turn their gardens to salt and sap the foundations of their lives. With many more, tropical cyclones could sweep in and literally rain their houses into the sea

What all these vulnerable people − in New Orleans, in Bangkok, in Shanghai, in the mouths of the Ganges-Brahmaputra, in any of more than 2,000 settlements − have in common is that they live on a river delta: that vital, ever-shifting zone where a great river spills its silt into the ocean.

And climate change driven by ever-rising ratios of greenhouse gases in the atmosphere − a consequence of ever-greater reliance on fossil fuels − can only make such hazards ever more dangerous. But the first challenge is: who, exactly, is most at risk? And where?

“To date, no-one has successfully quantified the global population in river deltas and assessed the cumulative impacts from climate change,” said Douglas Edmonds, of the University of Indiana in the US.

“Since river deltas have long been recognised as hotspots of population growth, and with increasing impacts from climate change, we realised we needed to properly quantify what the cumulative risks are in river deltas.”

Dr Edmonds and his colleagues report in Nature Communications that they assembled a global database of 2,174 delta locations, to identity the populations settled on and around them in 2017, and the topography most at risk.

River deltas add up to perhaps 0.5% of the planet’s land surface, but they are home to 4.5% of the world’s population. Humans have settled on river deltas for at least 7,000 years: the rivers deliver nutrient-rich silts for new farmland, and the river estuaries have provided a focus for regional and international transport, to become some of the world’s greatest cities.

But such riches come at a cost: as the rivers have been contained and engineered, the land cover has changed and the land surface subsided. So as sea levels rise with climate change, deltaic areas could become 50% more vulnerable to coastal flood.

Precisely because river deltas form at or even below sea level, they are highly prone to storm surges driven by tropical cyclones. And by 2100, these could become from 2% to 11% more intense.

The researchers found that in 2017, around 339m people had made their homes on 710,000 square kilometres of habitable land around river deltas: in this century alone, the population on deltas had grown by 34%.

Of these, 31m lived on floodplains vulnerable to the kind of storm surges that happen once a century. And of this 31m, 92% lived in developing or least-developed economies, often breathing polluted air, with poor housing and limited access to public services such as drainage. So, as usual, the poorest were also the most at risk from climate change.

In fact, as scientists have been warning for a decade or more, coastal flooding is a hazard inevitably on the increase, and an increasingly costly one, worldwide.

Even in the US, floods will become a serial nuisance in many cities and an estimated 13m Americans could eventually become climate refugees.

Climate change is likely to deliver a hotter, wetter world with more soil erosion that could trigger catastrophic delta flooding. Hurricanes and typhoons driven by rising sea temperatures are likely to exact an ever-greater toll on human life and wealth.

The Indiana scientists warn that their estimates of those most at risk and the costs they face are likely to be highly conservative. They did not, for instance, consider the special case of what they call “compound interaction.”

This is sociological shorthand for what could happen when climate-related disaster overtakes those who are poorest, crowded into the least protected and unhealthiest zones of the cities. Altogether, 105m people have settled on the Ganges-Brahmaputra delta, half of them on low-lying farmland. The second most crowded is the Nile delta, with 45m people.

“To effectively prepare for more intense future coastal flooding,” Dr Edmonds said, “we need to reframe it as a problem that disproportionately impacts people on river deltas in developing and least developed economies.” − Climate News Network