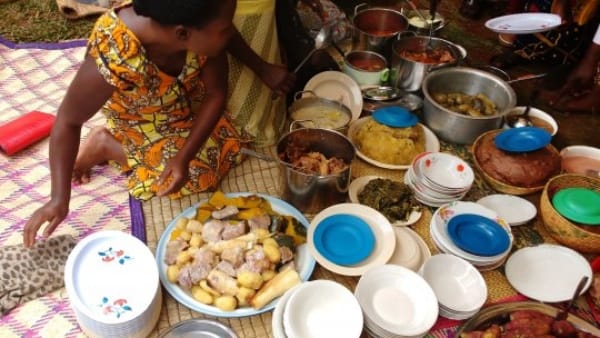 Citizen science – the participation of non-scientists in scientific research – was the focus of a conference in the Hague earlier this month. It was organised by WWF Netherlands and the International Union for Conservation of Nature National Committee of the Netherlands, and the conference title, “Engaging Billions of Scientists”, hinted at the ambition and potential scale of enrolling ordinary citizens in scientific research.

The conference opened with a presentation by Rosy Mondardini, managing director of the Citizen Science Center Zurich. She set out the different ways in which citizens can participate in science: people can contribute computing – donating the power of their personal computers – to enable scientists to process a huge amount of data; they can volunteer thinking – donating the power of their brain to interpret, classify or analyse data; or they can volunteer sensing – by collecting data such as photographs or measurements.

The conference presentations described citizen science across all three categories. We heard about Zoouniverse, a website that allows anyone to contribute to dozens of scientific projects, from helping to identify galaxies to measuring the necks of giraffes. We also learned about the bird atlas project in Nigeria, which is being built entirely by volunteer birdwatchers from around the country.

We also heard about projects in which citizen science was being used to improve people’s lives in addition to creating new scientific knowledge. For example, a team from the Chemistry Department at Indonesia’s Syiah Kuala University outlined plans to work with citizens to gather water samples to identify where mercury is polluting their water supply and put pressure on the government for more stringent regulations.

A representative of the Siekopai indigenous people in Ecuador, Hernán Payaguaje, described how they use community mapping to support legal battles to protect their ancestral territory.

I gave a presentation on the work that we are doing with Hivos and our partner, the Kabarole Research and Resource Centre (KRC), on food consumption in Uganda as part of the Sustainable Diets for All programme. We enrolled citizens in and around Fort Portal to record the food they ate during a week, and then worked with them to interpret the data.

Citizens and their organisations are now using this evidence to challenge assumptions about their diets and to promote the value of indigenous foods.

Citizen science allows scientists to harness the power of people to create new knowledge. But data produced with citizens can also be a powerful tool in advocacy – persuading people to create a fairer and more sustainable world.

The examples presented at the conference suggest that there is something distinctive about citizen science when advocacy, rather than contribution to knowledge, is the main goal.

When science is made for, rather than with, citizens, scientific methods and rigour are important; but to drive change, the cause must be compelling enough to galvanise participants and strong enough to convince others.

The evidence must be good for a purpose – rather than simply good. For example, while the community mapping used by indigenous people of Ecuador is done using state-of-the-art technology and with attention to detail, its main objective is effectiveness in communication rather than scientific accuracy.

Involving citizens in science generation for advocacy is not just about the result – solid evidence – but about the process. For citizens to participate meaningfully in the design, collection, interpretation and use of evidence, the underlying principle must be that their insights, connection to the local reality and grounded experience make a difference to the whole cycle of scientific production. Unlike extractive ways of conducting research, citizen science turns people from subjects into stakeholders.

But, as we pointed in our recent report on citizen-generated evidence, just because people are involved in collecting data, doesn’t mean that they become citizen advocates. The cases presented at the conference highlighted three challenges that need to be addressed to make citizen science into a more effective tool for change.

First, developing trust between scientists and citizen researchers is crucial, but it often takes more time than the boundaries of short-term projects allow. As Anna Jobin from the Health Ethics and Policy Lab Zurich asked, who is going to fund the trust-building? And how can we ensure that citizens understand how the data can be used?

Second, the cause needs to be compelling enough for people to take time off their busy lives and participate in research. Collecting data is time-bound, but advocacy is more open-ended and uncertain and may demand additional time commitments.

Finally, the research needs to be fit for purpose. It must be flexible enough to accommodate new questions and unexpected failures. Data has to be of high quality, but presented in a way that people can own it and use it as what it is: theirs.

This post was previously published on iied.org and is republished here with a Creative Commons License.