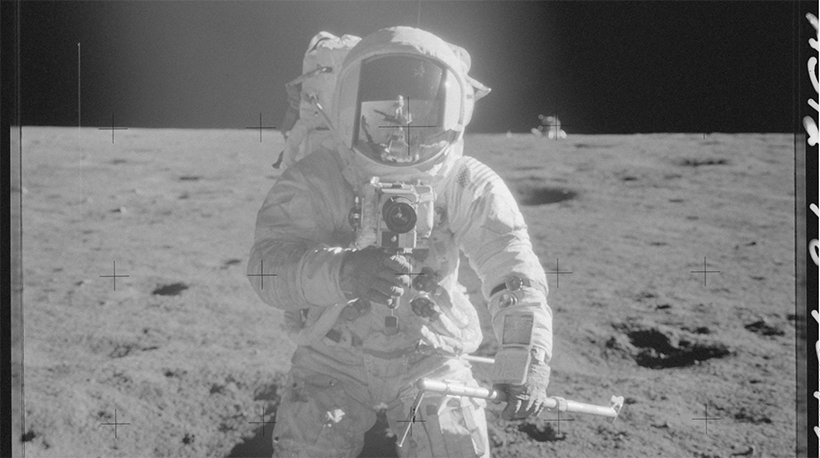 What I remember most about the night of the moon landing was how quiet it became. I was shut in my bedroom in our home near Fairfax, Virginia with my high school friend Ricky, watching the news on a small black and white TV. Once the lunar lander had touched down it seemed to take forever for Neil Armstrong to emerge and step down the ladder. Ricky had started calling everyone Pecker Checkers or just Checkers, that night he kept saying, “What’s taking these Checkers so long? Why aren’t these Checkers out there already”

I looked out my window and was struck how unusually quiet it was for a summer night, no one barbecuing, playing basketball or tossing a baseball around. It reminded me of Christmas Eve after everyone has settled in and instead of watching It’s A Wonderful Life they were clustered around their TV sets waiting for man to walk on the moon.

The fuzzy picture on my small TV made the images coming from 250,000 miles away even harder to see so I told Ricky to come on and we went into the family room to watch on the big (26 inch) TV with my parents and the couple from next door.

Everyone barely spoke or breathed as Armstrong inched out feet first very slowly and made his way slowly down the ladder. My father turned off the light and shushed my mother who kept asking what was going on. It was a surreal feeling watching the astronauts move around on the lunar surface. I felt incredibly proud to be in American but it was the last time I had that feeling for a very long time. A few months later I participated in the huge Vietnam War Moratorium in DC and it seemed that I was at a different anti war event nearly every weekend. I thought Richard Nixon was the most evil person on earth, which these days seems almost quaint. That night though, that incredibly silent night probably American over sixty can tell you exactly where they were and what they were doing.

Steve Jaeger spent his childhood on Long Island but has lived outside of Washington, DC for over fifty years. He’s a former chef, an avid baseball fan and lifelong yellow dog Democrat. He lives in Arlington, VA with his cat Hoke.