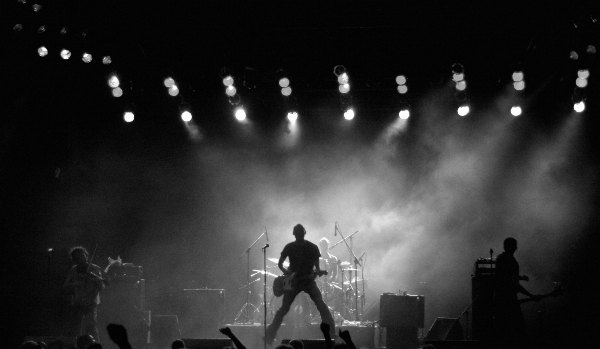 Greg Keelor and Jim Cuddy have been referred to as the Lennon and McCartney of Canada. It would be more proper to refer to them as the Keelor and Cuddy of the universe.are

When Blue Rodeo’s first album “Outskirts” was released in 1987, no one including the band themselves could predict the impact they would have. The hit single “Try” is instantly recognizable to fans and even many casual radio listeners. This country-tinged ballad introduced many to the dynamic songwriting duo associated with Blue Rodeo.

Part of Blue Rodeo’s cross-audience appeal has been their ability to connect with songs people can identify with. Keelor and Cuddy craft poetic artworks serving as a passport into the collision of emotional conflicts within relationships. The title track from the second record “Diamond Mine” tells a story reminiscent of teenage immature attempts to assert dominance in a relationship. Alternatively, it can be viewed through the lens as a more mature relationship that is actively attempting to be destroyed by the narrator’s social circles.

“Casino” marked a real breakthrough album for Keelor and Cuddy’s composing. The two singles “Til I Am Myself Again” and “What Am I Doing Here”  are topflight tracks to start the album. Til is an expression of frustration. A person is seeking help in order to rebuild lost confidence. It is an insight into mental health that was welcomed by listeners who felt themselves in that position. They want to ask for help but they were not ready yet to admit it. What Am I Doing Here is a uplifting uptempo questioning of one’s place in life.

Greg Keelor has told the story of what inspired the words for him. He tells it better than anyone could ever write it out. The Ferris Wheel reference can represent a person’s chaotic existence. On a useless night or day, you take a look at that spinning wheel and wonder what are you doing there? Is it time to take stock of life? How do you move forward? It is an affirmation to look within and find a better way to do things. How do you get off that wheel?  You learn to “Trust Yourself”. Trust is a statement of rising above to personal betterment. It’s a pep talk that we all might need when we feel lost personally or betrayed by the lies of others.

1992’s “Lost Together” gave audiences one of Blue Rodeo’s signature show encore songs. It’s a thankful love song for any relationship giving high praise and gratitude from one partner to another. If you are lost with someone who keeps helping you find your way, then it is great to be lost with that person together.

Blue Rodeo’s best album commercially contains a few more gold medals of storytelling.  “Five Days in July” starts by telling a story of “Five Days in May”. Out of those five days comes the life lesson that things hit you by surprise. Events can clear your mind, chance meeting and encounters can prove life-changing.

“Hasn’t Hit Me Yet” interprets loss and a sense of survival through that loss. Being left behind and liking the feeling of it represents the relief of a person still standing. A person coming out of that loss with the ability to move forward. The scenery around them is not going to change. The snow falling would be the same snow falling if the story was not happening in the first place.

“Bad Timing” is a song I lived personally and realized it long after a particular moment in my teenage life. On a rainy road trip helping an uncle deliver tires to the Nova Scotia south shore, we stopped for a late supper at a truck stop outside of Kentville. We were literally around the bend from the town where a friend lived. Unfortunately at the time we were dealing with some issues with each other. we dated briefly then she moved very suddenly to the valley. We exchanged some letters and calls, then some things happened and we were talking less. Part of me hoped that with the hour of time at the truck stop maybe she would meet me there for a brief few minutes. I went to the payphone and left a message before eating supper. The message I left on her Dad’s answering machine was broken and stuttered. I nervously said I would call again just before we left in the event she was home. Was hoping we could talk. We were still friends but that friendship was cracking. There were some quarters in my pockets and I was fine spending them on answering machine messages. I wanted to make amends and hoped I did not upset her by calling. Maybe it was bad timing. It was a reminder of the things lost and lessons learned from those relationships.

1995’s “Nowhere to Here” was not well received critically. Jim Cuddy has openly said making that record was not a positive experience for him. It did contain some memorable stories including “Blew It Again”, a lyrical tale of trial by fire in a relationship. How many of us tried to repair a relationship only to make it worse? In addition, we realize we made it worse with our own mistakes the very second we make them?

I’ll jump ahead to 2000’s “The Days In Between” which from start to finish is my favourite Blue Rodeo record. It’s tied to an interesting part of my life while living between Canmore and Calgary Alberta. The hard-hitting title track is a constant reminder that there are the days in between the other days. The song references pursuit of normalcy. Chasing relationships, chasing a sense of purpose to reflect positively on, during the days in between.

The final example I’ll mention is from 2013’s “In Our Nature”. Greeting the dawn in “Mattawa” was a reality while droving across Ontario to get to Nova Scotia. Heading east, Sudbury was a resting point for the evening before the road journey could continue. Normally I would leave very early in the morning to continue eastward and get as much of the drive in as possible. The last time I did that drive in 2012, I left Sudbury in the ice and a bit of snow.  Two hours into the trip the sunrise would start over Mattawa, where I “Greet The Dawn”.

With no signs of slowing down, Blue Rodeo continue to write and tell their stories and make them our own. It’s easy to reach in to their vast discography and find your story.