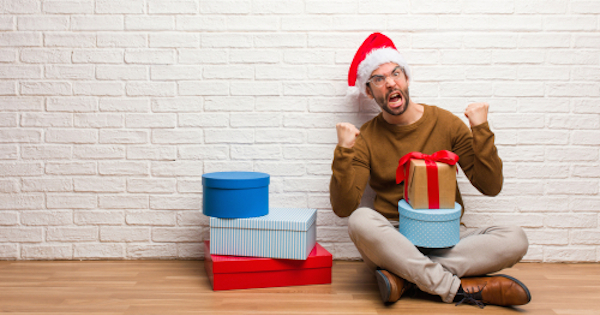 What you’re about to read isn’t anything new or ground-breaking. Videos have been made, songs have been sung and articles (like this one) published about consumption. And with the festive season upon us, what better time to share with you my observation of the most dangerous population-controlling drug our species has ever developed?

Please, keep in mind, I’m not stating fact-checked things. I’m merely giving you my point of view, my perspective. My conclusions are from those very actions. Things that, to me, make logical sense.

And I’m as every bit guilty of partaking in this killing spree as much as you guys out there. But it’s time that together we really stop and think about what it is that we really need?

Webster’s online dictionary defines consumerism as, The theory that an increasing consumption of goods is economically desirable.

I grew up in the 80s and 90s when things simply lasted. There was no timeframe of ‘longer’. They just kept working. Up until the year 2000, my family had a working TV since 1986 (sold in working condition). My uncle got rid of his still working 40-year-old set well into the noughties.

In 2009 I bought my very first car – it was a ’96. Had it for three years. Ran like a finely-tuned locomotive on nuclear energy. It was instrumental in the 5,400 kilometer Outback crossing through Australia’s Red Centre without a hitch (really, I had no space in the car).

Timageshese days, nothing lasts for more than two years, forcing you to consume more, thus creating and throwing out more plastic that ends up in our waterways and eventually the oceans, killing whatever endangered organism mistakes it for food.

The tragic comedy of it is that we have allowed ourselves to drown in this fast-rising poisonous sea by constantly accepting that we NEED THINGS. Like accepting that the processed foods we eat (that we all know is as healthy as licking a uranium lollypop) is the food to eat. That same food is wrapped in plastic to protect the plastic that’s wrapped the practically plastic food.

And it’s all because we’ve been buying into the NEED IT and WANT IT without ever questioning the WHY? FOR WHAT?It’s a vicious cycle that marketing companies force-feed us.

And now with Christmas coming up, the mother of all consumer holidays, the amount of unnecessary things we receive and give just to throw out after a day – and almost all are made with or of plastic – is almost equal to the amount of stars in our galaxy.

We live in a world where days in the calendar year have been set aside for consumption and for celebrating consumption most notably Boxing Day and Black Friday. People camp out for days just to be the first to grab the next best thing that they don’t need. Sometimes a stampede ensues and people get hurt. It’s like with war – another means of consumption.

images3When you consume too much you get bloated, heavy and gassy. You feel as though a root canal would be better than the heartburn and indigestion your now trying to steamroll through.

It’s a common feeling to have during the holidays. Well, this is exactly how our home, Earth, feels. Our planet is sick. Its human-caused cancer is fast-spreading and far-reaching. Even more so due to our learned belief that tomorrow we need everything to be better, faster and stronger than it was yesterday (god-forbid we momentarily detach ourselves from the tiny screen we’ve allowed to control our existence).

We’ve become the deep-sea trawling net, which in seconds entraps and destroys everything that is in our way, leaving behind nothing but a barren sea floor, stripped of the beautiful and ecologically balancing life that took millions of years to evolve.

The NEED and the WANT are the drug we’ve been peddled and continue to accept in high doses. And if we don’t take drastic action like boycotting companies who use plastic, boycotting markets that sell GM foods, and boycotting huge corporate companies like Nestle® and Coca Cola® who environmentally exploit everything that is sacred on this very planet, then we’re all fucked.

I mean, come on, what is more ridiculous than bottled water?

Instead, we systematically destroy everything that we actually NEED and WANT for survival – trees, eco-designed habitats, organic foods and clean waterways – in order to consume things we really can do without.

This Christmas, while you sit around feasting and gorging and ripping open gift wrappings and throwing away all the plastic-made packaging, pause for a moment. Give thought to the fact that it will end up in the ocean.

While you cuddle by the fire and decorate a plastic (or live) tree with more plastic, hold space for the people of Syria and what they’re going through.

Imagine if that was you and your family.

Give a thought for the people of Dafur, of South Sudan, Chad, CAR, Mali, Iraq, Afghanistan, Iran, Palestinians, Chagos, Indigenous peoples everywhere. Give a thought to all those classed as a minority, who are in a dark place yet find a way to smile with nothing more than the shirt on their back.

Imagine if this year’s Christmas trend was boycotting. Imagine if Christmas was about giving without consuming. Instead, we donate what we TRULY don’t need to those that TRULY need it (clothes, toys, you know the jazz). Imagine if we all gathered together and went out and cleaned up our neighbourhood (which would make a tighter, coming-together community we all aspire to live in), cleaned up what’s left of the forest being destroyed to allow us to live in comfort, cleaned up the ocean where we surf and swim and feed from.

Instead of populating the Earth with more people, have one kid and adopt another one or three. There are so many orphaned children out there who could really use a family – a good family, to spend the festive season and their young lives with.

Better than working in sweatshops stitching the designer clothes that magazine told you you must have – at all costs – cause your personality isn’t enough to get by with, you have to hide behind brand names that mean nothing.

We all know that Christmas has long lost its message of Family and Togetherness and Being One. We all know it’s about consumption. Like the cookie left out for Santa, we know it’s unhealthy but gosh darn it, one more bite won’t hurt anybody, will it?

But what really makes my reindeer pout is the fact that we allow ourselves to believe that we deserve just one day of the year to drop our defenses and open up our hearts to our fellow humans and other species. We’ve dressed it up to appear so special and unique when, really, being compassionate and kind-hearted and helpful is, essentially, just being human.

But it’s all-out war the other 364 days when we’re battling each other for that monetary bonus. For that promotion. A closer parking space. For the, Call-now-for-that-once-in-a-lifetime-never-to-be-seen-or-heard-of-again chance to have that 5% discount and finally own that overpriced, always-breaks-the-day-after-warranty-is-void piece of child-enslaved-produced-planet-destroying-plastic-crap that’s gonna make a dusty dust-collector right up there next to the other things collecting dust.

Stop and ask yourself, for what?

We’ve succumbed to accept that our lives MUST be in competition with each other. From Earth Day One of birth we compete: through academia, sports, work, religion. Even family rivalry.images

Imagine if, instead of competing, we all worked together so that we all get to rise up. We all get to be hopeful. We all get to evolve ourselves – our TRUE selves and share the natural wealth to which we’re all entitled. To see the world for what it really is: Beautiful in spirit, beautiful in nature and beautiful in its species.

That’s where the true riches lie.

It’s ironic that the very virus killing Earth – Human Beings – is the very anti-biotic that can save it. By either reducing it or teaching it a different, more co-operative way to survive. It’s a Catch 22 until we can reprogram ourselves to just Being Human. Restore to factory settings, if you will.

Together, we the people have absolute power and that terrifies those in control cause they know it. They know that, individually, we can’t do much because we’re constantly consuming. But together? Look what happened at Standing Rock.

When we do get together to fight against something evil, it’s posted in whatever social medium as such a surprise that people actually came together to fight against a common enemy. Standing Rock stands because of that. Because of our willingness to come together. Because nothing should be regarded as more sacred than this planet, our home, Earth. Because all that was done to fight was give compassion, love and forgiveness

That’s what Being Human is all about.

Originally published on the Nomadic Diaries