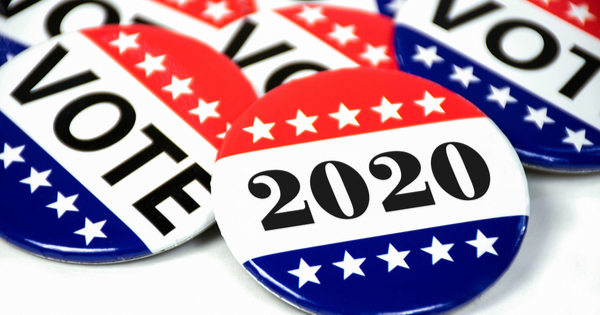 I want to take a minute of your precious time and offer a small apology and a brief explanation. Several weeks ago I asked the editor at The Good Men Project who is cursed with my ideas and writing if I could write a series looking into the Democratic nominees for president. She was kind enough to say yes.

I jumped in, full of hope, looking for a Knight in bold colors who was willing to take the fight to Donald Trump. A courageous champion of the people, willing to make changes and fight the system. What I found, so far, was a uniform shade of drab. For the most part, they could all be the same candidate, with a different mask. I was discouraged.

Over the weekend I went to Street Fair in Yellow Springs, it is where my wife and I go to stock up on tie-dye and peace symbols, metaphorically speaking. It was an epiphany. Yellow Springs is a liberal bastion in the heart of Trump country. Walking the crowded streets and soaking up the hope redolent in the air I was renewed.

I have decided to change my point of view. I am moving to the left. And taking off the kid gloves, which isn’t the same as putting on the brass knuckles, but, I am going to find the real differences in the candidates, and why they deserve (or don’t deserve) my vote. So I am plugging in some Crosby, Stills, Nash and Young 4 Way Street on the headphones and becoming an activist. “Jesus Christ was the first non-violent revolutionary.”

And while I am on the subject it is time to address a fundamental problem I see with the whole damned process. We are on the brink of the future. Our way of life hangs in the balance, and we need to demand the Democratic Party doesn’t shrink from the heat of the moment.

To wit; If there are 24 candidates for office there should be 24 lecterns on the debate stage. Making it dependent on available cash is an invitation to lobbyists and corporate cash. These are the very things that have tainted the process to the point of decay. It should about finding the best candidate, not the best fundraiser.

As voters, we need to stand up and be counted. We want to hear from them all, we don’t give a damn about super delegates or who has the most DC seniority. We need change, we need big ideas, we need to demand someone willing to help the people who need help.

A worker making minimum wage, working forty hours a week can’t afford to pay rent on a one bedroom apartment at prevailing rates anywhere in the United States. That’s a problem.

By the year 2028 healthcare will consume 28% of the GDP. Even now, senior citizens often have to choose between medicine and groceries or utility bills. There is something wrong with that.

The time for toeing the party line is over. It is time to move the line to a place where everybody has a place. We need to demand action. That is what I am going to look for in a candidate. Starting with John Delaney, but not in this essay, it is already too long.

And, I probably owe you another apology.

Facebook7Tweet2PinEmailShares9
wpDiscuz
Share this ArticleLike this article? Email it to a friend!
Email sent!