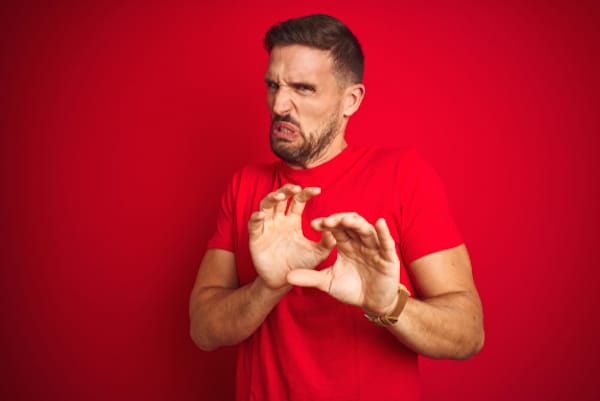 This article is the sixth in my Good Men Manifesto series. Here’s the first one, here’s part two, part three. , part four. and part five.

1. Know that throughout human history 80% of women had children, but only 40% of men did.

In our modern world where it seems that everyone is having sex, we forget that through most of human history some men were having a lot of sex and some men weren’t getting any. For example, Genghis Khan, the fearsome Mongol warrior of the 13th century may have done more than rule the largest empire in the world.

According to recent genetic studies, he populated it as well. An international group of geneticists studying Y-chromosome data have found that nearly 8 percent of the men living in the region of the former Mongol empire carry Y-chromosomes that were likely passed on by Khan and his descendants.[1]

Imagine for a moment being an average man living during that time. You might have been killed by Genghis Khan’s army or you might have been afraid to have sex with any pretty woman because Genghis Khan and his top lieutenants took them all for themselves and you risked death even looking at a woman. If you were a woman at the time, would you choose to be married to a poor Mongol herdsman or be part of Genghis Khan’s harem and be married to the alpha male?

The fact that some males dominate and have more sex and others have less is present in many specifies of mammals, including humans. Dr. Roy F. Baumeister is one of the world’s leading social scientists. He has written more than 400 scientific papers and 21 books. In his book, Is There Anything Good About Men? How Cultures Flourish By Exploiting Men, he says, “Of all the people who ever reached adulthood, maybe 80% of the women but only 40% of the men reproduced.” He goes on to say, “That’s a stunning difference. Of all humans ever born, most women became mothers, but most men did not become fathers. You wouldn’t realize this by walking through an American suburb today with its tidy couples.” Baumeister says, “I consider it the single most underappreciated fact about men.”[2]

A lot of men’s feelings, fears, and sexual behavior can be understood when we recognize that all men are afraid of being part of the 40% who are left out of the genetic lottery. Even alpha males who are having lots of sex are worried that they will be displaced and become sexual losers.

2. Become aware that men put women on pedestals and also pull them down.

Most men will recognize that in the hidden recesses of our psyches and often in our active adult minds, we look up to women and see them as superior to men and we also look down on them. We are conflicted by love and longing and also by fear and anger. The #MeToo movement has come forward and encouraged women to tell the truth about sexual violence.[3] Men need to listen closely to what women are saying with open minds and hearts.

In The Little #MeToo Book for Men, Mark Greene addresses male fear and resistance. “As women take up the banner of #MeToo by the millions, many men are feeling conflicted, alarmed, angry, and even disheartened. How is it that men are challenged by a movement which says, ‘Don’t rape, sexually harass or abuse other human beings’? These are ideas we can all get behind, right? But it’s not playing out that way.” Mark’s book helps us all to understand the movement and our reactions to it. Check it out.[4]

The words of psychologist and author Sam Keen resonate deeply with me and many men in understanding our conflicted feelings towards women. In his best-selling book, Fire in the Belly: On Being a Man he says, “It was slow in dawning on me that WOMAN had an overwhelming influence on my life and on the lives of all the men I knew,” Keen says. “I’m not talking about women, the actual flesh-and-blood creatures, but about WOMEN, those larger-than-life shadowy female figures who inhabit our imaginations, inform our emotions, and indirectly give shape to many of our actions.”

He goes on to share his own experiences with women. “But if the text of my life was ‘successful independent man,’ the subtext was ‘engulfed by WOMAN.’ All the while I was advancing in my profession, I was engaged in an endless struggle to find the ‘right’ woman, to make my relationship ‘work,’ to create a good marriage. I agonized over sex—was I good enough? Did she ‘come’? Why wasn’t I always potent? What should I do about my desires for other women? The more troubled my marriage became, the harder I tried to get it right. I worked at communication, sex, and everything else until I became self-obsessed. Divorce finally broke the symbiotic mother-son, father-daughter, pattern of my first marriage.”[5]

We will always have a fear of being “engulfed by WOMAN,” until we recognize and accept the basic realities of being male, including the first reality of coming into the world out of the body of a woman. A wife woman, Anais Nin, said, “If a person continues to see only giants, it means he is still looking at the world through the eyes of a child. I have a feeling that man’s fear of woman comes from having first seen her as the mother, creator of men.”[6]

3. Embrace the truth that males learn to be men in men’s groups.

It feels appropriate that I end this manifesto with men’s groups. It is the first rule in my book, 12 Rules for Good Men, where I share what I’ve learned to help men become the best they can be in life.

Although being male is built into our billion-year evolutionary history, we learn to be men in men’s groups. The first male connection we are meant to have is with our father and his group of men. In indigenous cultures throughout the world, there are birth rituals where the men in the tribe support the father and welcome the new-born child into the tribe.

I’ve been in a men’s group that has been meeting now for forty years. I still remember the group meeting when Tony brought his newborn son, Noah, to the group. We all held him and welcomed him into the group of men. The poet, Robert Bly, said, “A young man needs to be in the presence of older men in order to hear the sound that male cells sing.”

Think what it means that we each have a male choir inside us that is 10 trillion strong. Imagine what it means to be a young boy growing up listening to that symphony, awakening his own voice as he resonates with the sound that male cells sing.

I remember during the men’s group having my son, Jemal, and daughter Angela, come with me to the group that met at Tom’s house. He had a bunk bed in his small house and my son and daughter were lulled to sleep hearing the men talk about things that matter in our lives. They heard the joy and sadness in our voices, the laughter and the tears.

Like many, I grew up in a home without a father. I wrote about the impact of his absence had on my life and what it meant to me to reconnect with him before he died. At the beginning of the memoir, My Distant Dad: Healing the Family Father Wound, I offered the following quotes that captured the impact of a father’s loss on our lives: [7]

It’s taken me 70 years to fully heal my father wound. My men’s group not only helped me heal, but they also became the brothers I never had. They also continue to teach me how to live fully, love deeply, and make a difference in the world. It’s not an accident that the first rule for good men in my new book is to join a men’s group.

[2] Roy Baumeister. Is There Anything Good About Men: How Cultures Flourish by Exploiting Men. Oxford University Press, 2010. http://www.roybaumeister.com/.