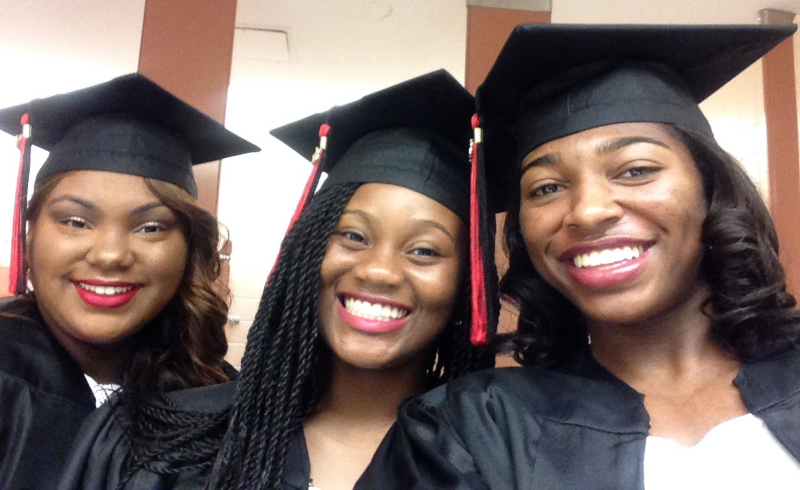 I have spent a lot of time among the “elite”; the white upper class of North Jersey suburbia. I grew up in the typical picture of an “inner city” neighborhood, with 3 younger siblings and a mother who is a single parent. During 4th grade, a representative from the nonprofit NJ SEEDS visited my class and spoke to us about their Young Scholars Program (YSP). The YSP provided high achieving, low-income students like myself with the opportunity to attend highly selective private middle schools with substantial financial aid packages. With the help of NJ SEEDS, I secured a spot at one of the most competitive independent schools in Northern New Jersey.

I was the only Black girl in my 7th-grade class, and the only poor one too. No one wanted to be friends with the poor Black girl. At some point in middle school, I was dubbed “the loser of our grade” (that’s a direct quote by the way). I had one friend, a white girl, and let’s just say she eventually proved herself to not be my ally in this world. It wasn’t until I reached high school and my class size doubled when I became one of three Black girls who shared a similar socioeconomic status. We stuck together and I will be forever grateful.

I was undesirable. No one asked me to prom. But when I showed up to the senior prom (looking absolutely amazing, if I do say so myself), everyone wanted to take a photo with me. People who had spent the past 6 years ignoring and/or making fun of me, wanted to take a photo with me! As if for the first time, they were struck with the idea that the poor Black girl could be beautiful.

I was unable to assimilate into this world. Unlike the Black men in my class, I lacked access. They were able to do what I could not, either through their wealth or athletic prowess. White and non-Black girls fetishized them, and they seemed to appreciate the attention, leaving us Black girls behind. However, I know that they too experienced many of the same things that I did.

The white and non-Black people of color paraded their anti-Blackness, with no care in the world and no fear of punishment. Microaggressions were an almost daily occurrence: questions about my hair, being called the wrong name, or assumptions about my culture. They wanted to participate in Black culture: our music, our dances, and our language. When it was time to stand with Black students after the murder of Tamir Rice, clearly this part of Blackness was an inconvenience. While there were a few allies, there wasn’t enough. As if the silence of some wasn’t enough, there were those that spoke against the Black Lives Matter movement, and our protest.

My experience with the teachers and administration wasn’t any better. The bodies of Black girls were over-sexualized. The school dress code prohibited leggings, but for some reason, only the Black girls were reprimanded the one day we decided to wear them. Though, our white and non-Black counterparts would wear them as if they were a mandatory uniform. I was yelled at once by a teacher for having a side conversation about the book we were reading in class; despite the entire class not paying attention.

I was either being unfairly singled out or my existence completely ignored.

From speaking with my friends who attended similar high schools, I know that this is a phenomenon happening all over the country. I don’t need an apology; I need people to be held accountable. I need people to do better, not for me, but for the Black girl getting ready to enter a similar “elite” institution. We need support from our classmates, teachers, and administrators. We need parents to teach their children to be anti-racist. Now that you have read my experience, there is no excuse for ignorance.