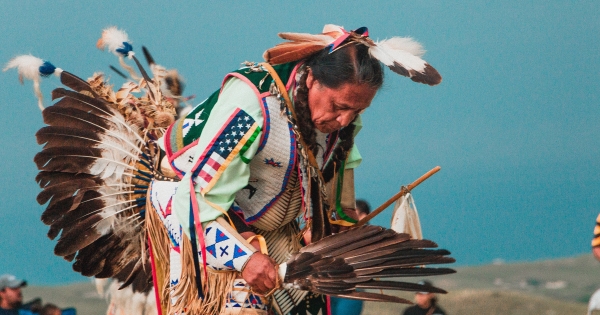 I haven’t been a fan for Thanksgiving for a long time. As a teacher, I appreciate the long weekend, but my family doesn’t tend to make a big deal of it. This year, for dinner, we had a modest meal. Something we might have had any other night. We did watch the Detroit parade, but other than that, nothing particularly celebratory happened.

On Thanksgiving, many of us celebrate the time when the new colonizers were helped through the winter by the original American residents. Meanwhile, what remains of the Wampanoag tribe could be losing sovereignty on their tribal lands. Due to political loopholes, the Mashpee Wampanoag reservation in Massachusetts was not properly identified as “Indian” back in 1934, and now a non-Indian developer wants to build a casino. The Trump administration has declined to affirm the reservation’s “trust” status. Unless Congress acts, they will lose their reservation.

Those smiling Indians that are keeping those smiling Pilgrims from starving? Those are the Wampanoag. Every year, the President pardons a turkey, but this year, he refused to bring relief to the Indians that brought us Thanksgiving.

Every year, we tell a story of Indians and Pilgrims, and gloss over what the Pilgrims and their descendants proceeded to do to the Indians in coming years, decades, and centuries. I’m a direct descendant of Miles Standish and John Alden, and I have the family tree to prove it. I don’t know any original residents personally because my ancestors pushed all of their ancestors into concentration camps called “reservations.” The first, arguably the worst, segregation. And now, some of us are trying to take back that land as well.

Meanwhile, on Thanksgiving Day this year, the Cowboys beat the Redskins. As a culture, we struggle with doing the absolute minimum of getting rid of the offensive sports mascots (the Cleveland Indians will finally shed Chief Wahoo next year, after years of protests).

I’ve been to a reservation, in Canada. Only one, to my recollection, although my family drove across the entire country. My family took a long train ride to the base of the Hudson Bay to the Cree reservation in Moose Factory, Canada, because there were no roads. That’s how isolated that particular reservation was.

We Americans love our variety of cuisines. Here in Detroit, I can get Thai, Chinese, Bangladeshi, Indian, Mexican, Salvadorean, Japanese, Korean, Lebanese, Yemeni, Ethiopian, Bosnian, German, Polish, Spanish, Vietnamese, Hungarian, Greek, Jamaican, Filipino, … but nothing Ojibwe, Potawotami, Fox, or any other local tribe. The closest Potawotami food I could find, for instance, is in Milwaukee, in a casino.

I’ve been to stores that sell “Native American” goods here in Michigan. I can easily buy kachinas and dreamcatchers from the same shop. Kachinas are from the Southwest; dreamcatchers are from the Northeast. It’s like selling sushi samosas. The once-proud diversity has been reduced to a confusing melange of trinkets.

Reservation life is miserable. Suicide rates and unemployment rates among Native Americans are significantly higher than the national average. Since 1970, many Native Americans have observed the fourth Thursday of November as the National Day of Mourning.

I hope we all spent some time this Thanksgiving at least reflecting on the plight of Native Americans. ESPECIALLY if we don’t know any personally… because their involuntary absence speaks loud and clear about how we have treated them.

As for my family, we have a plan for next year: We’re seeking out cookbooks of regional Native American cuisine. We’ll set aside a plate for Squanto, the Wampanoag who was taken to Europe as a slave and a curiosity before returning to Plymouth, and who bridged the language gap between the Pilgrims and his tribe in 1620.
—

—
Photo by Andrew James on Unsplash