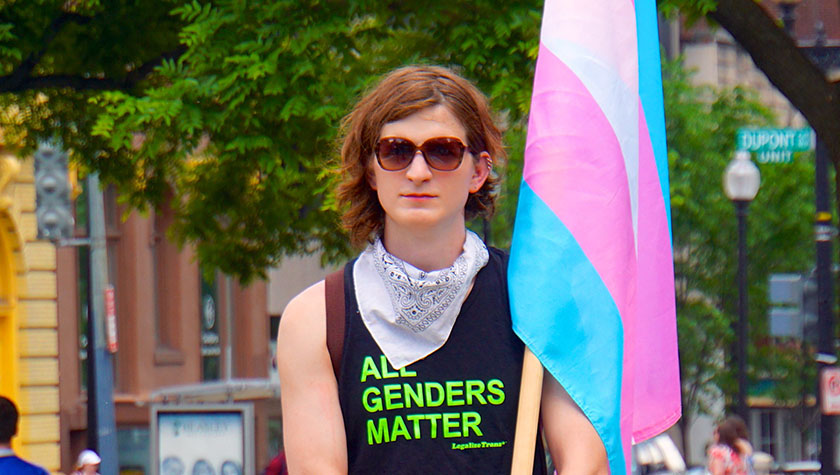 —
I’m traveling this week, so learned about the latest anti-trans policy proposal over Twitter. Suddenly my news feed was blowing up with posts from friends and colleagues, all with the same questions: “How do we keep getting here? More importantly, how do we keep people safe (and alive) while our government attempts to roll back civil rights?”

The New York Times article outlines an effort by the Department of Health and Human Services to limit the definition of sex under Title IX as, “defining gender as a biological, immutable condition determined by genitalia at birth”. Immutable being a critical word here. The article also quotes the estimated number of transgender individuals as 1.4 million.

1.4 million humans in jeopardy of losing federal recognition. Think about that for a minute. Title IX protects against gender discrimination in educational programs that receive funding from the US government, and 1.4 million people will have to choose between misgendering themselves, or lack protection from discrimination.

Why is it so important to categorize gender? The power of language in creating instability (dismissive, scapegoating, othering) should never be underestimated.

And intersex people? As is typical, this segment of the population is ignored. So much for the “all lives matter” party. In stark contrast to Germany’s inclusion of a unique gender marker for intersex individuals, the US is being held back. We are moving toward a dark time in our culture’s history when people stayed in the closet due to fear.

The discriminatory policy does more than isolate; this degree of ‘othering’ normalizes socially condoned bullying. This policy position isn’t that gender-variant people don’t exist, it’s that they were incorrectly extended civil protections. Gender variant people simply won’t be counted or protected from gender-based discrimination. Removing gender identities other than male or female is discriminatory in and of itself.

Erasing transgender and gender-variant people prevents equal representation. It also eliminates insight into the unique experiences and needs for this segment.

This policy also limits opportunity and stifles innovation. Fewer gender-variant individuals will see themselves attending the universities that can legally deny their identities. The amount of cognitive energy that goes into navigating a world designed around binary gender identities is huge. Sometimes it’s too much to even bother going outside.

Human rights are not things to roll back. Policy is personal.
—

Sign up for our Writing Prompts email to receive writing inspiration in your inbox twice per week.
—
Photo credit: Flickr