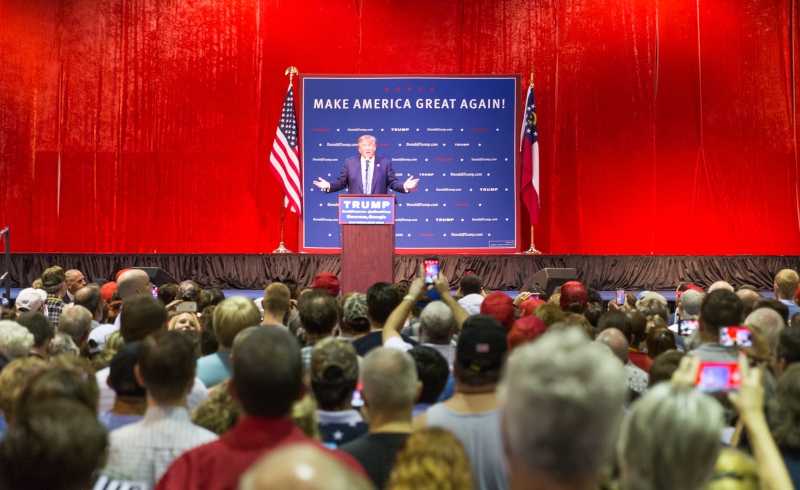 Dear EarthTalk: Why are environmentalists so scared of Donald Trump winning a second term?

When Donald Trump made good on his anti-environmental campaign promises within a year of taking office, no one was surprised. Environmental advocates had been holding out hope that he would listen to the likes of daughter Ivanka—and her climate-crusading friend Leonardo DiCaprio—and change his mind on the need to cut back environmental regulations. But cooler heads didn’t prevail, and today we’re left with the Affordable Clean Energy Rule instead of the Clean Power Plan (cuts U.S. power plant emissions by 1.5 percent instead of 32 percent), the consternation of the international community for pulling out of the Paris climate accord, and an Environmental Protection Agency (EPA) so weakened as to be almost unrecognizable and patently ineffectual. According to Inside Climate News, these dramatic actions have taken place against the backdrop of ongoing administration efforts to promote unfettered oil, natural gas and coal extraction while undermining clean energy development and suppressing climate science.

Environmental supporters are bracing for what a second Trump term could bring. A top Trump priority in 2020 is to gut the National Environmental Policy Act (NEPA), a landmark environmental law enacted in 1970 that requires federal agencies to prepare environmental assessments or impact statements preceding any projects. The White House is pushing for climate change to be excluded from such analyses, and would also like to shorten and in some cases eliminate environmental reviews altogether under NEPA.

Beyond NEPA, many also worry that another four years of White House apathy on climate could condemn us all to a grim, warming-compromised future. We already lost valuable time in just three years as Trump rolled back the Obama administration’s progress on climate mitigation. But four more years of Trump would, in the words of The Atlantic’s Paul Starr, “put off a national commitment to decarbonization until at least the second half of the 2020s, while encouraging other countries to do nothing as well.”

Starr points out that further delaying our response to the climate challenge makes our eventual response more economically and politically difficult, while compounding the problem. Global Carbon Project research shows that if decarbonization had begun globally in 2000, an emissions reduction of around two percent annually would have been sufficient to stay below what experts say is the tipping point of two degrees Celsius of warming. “Now it will need to be approximately five percent a year,” he says. “And if we wait another decade, it will be about nine percent.” Whether or not our already brittle political system can bear such change when the time finally comes to make it happen is anybody’s guess.

In the short term, environmentalists are working hard to get anyone but Trump into the White House in 2020. Luckily for eco-conscious voters, just about all the Democratic contenders are in favor of strengthening climate and environmental protections. Indeed, voting against Donald Trump in 2020 might be the most important act in favor of the environment that any of us can take this year.