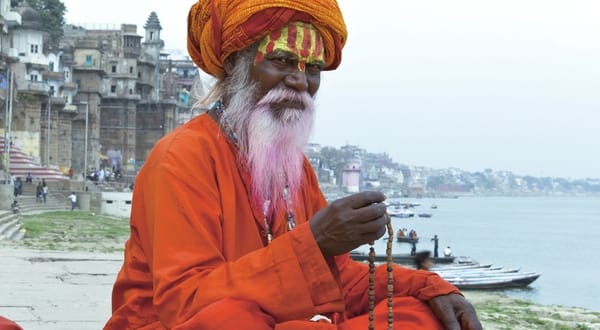 —
Since the dawn of the Industrial Era, urbanization is considered to be an inevitable and universal process. This is because urbanization and urban areas have conditions that are prerequisites for the industrial and technological revolutions and the associated economic development that followed. The conditions for industrialization includes access to capital, entrepreneurs ready to use the capital in innovative ways, an easily accessible and open market and the availability of manpower. These conditions are less likely to develop in rural landscapes.

India has been dominated by agricultural landscapes throughout this time. Even today, agriculture employs more than half of the population in the country. However, this is fast changing. India is heavily investing in industrial and technological development, which means urbanization is an inevitable result.

THIS IS BACKED BY STATISTICS.

India has 35 cities in India with a population of over 1 million.

HOW IS INDIA DEALING WITH THIS SITUATION?

Unfortunately, the country is unable to effectively manage the rapid urbanization happening in the country. Rural population, burdened by lack of opportunities and resources, are migrating to the urban areas in flocks; a process called “distress migration”.

Housing the influx of this population is turning out to be a major problem. Urban Local Bodies (ULBs) are not equipped to manage the population urban areas are hosting. ULBs are crippled by a variety of problems, some of which are-

Therefore, urban growth is happening in a haphazard and unplanned way. Cities are rapidly expanding horizontally and utilizing all of the surrounding land to build residential areas. Most of the urban opportunities are concentrated in urban city centers, which other localities are suffering from lack of jobs as well as other services like water and sanitation.

Unplanned growth may bring gains in the obvious sense and the short-term, but also bring hidden problems and reduces the long-term viability of the city. An overwhelming majority of Indian cities today are deficient in basic services. Unfortunately, they are financially and infra-structurally weak to implement the necessary changes.

The city of Dehradun, Uttarakhand is considered among one of the emerging cities of the country. It is a city situated in the Shivalik valley, and is surrounded by Deciduous Broad Leaf Forests and Evergreen Needle Leaf Forests.

Image result for dehradun valley map
Land-use classes in Dehradun Valley (Source)
Ever since the city became the capital of the newly formed state of Uttarakhand in 2000, the city has seen rapid urban development. Most of this development is at the cost of the surrounding agricultural land and water bodies.

Most of the emerging cities in the country (cities other than the 5 metropolitan cities) are on the verge of breaking new barriers. India has 35 cities in India with a population of over 1 million. These are the cities that are likely to attract more attention than smaller towns, as some amount of infrastructure has already been developed in these cities. Jobs, are a plenty.

Fast implementation of innovative strategies and schemes is necessary to prevent such a situation.
The government has recognized this and is actively coming up with schemes for urban development. Jawaharlal Nehru National Urban Renewal Mission was launched by the Ministry of Housing and Urban Affairs, as the first flagship scheme of this ministry in 2005. The Mission aims at creating economically productive, efficient, equitable and responsive cities in an integrated framework with focus on economic and social infrastructure, basic services to urban poor, urban sector reforms and strengthening Municipal Governments and their functioning.

Another scheme; Scheme for Satellite Towns around Seven Megacities is also being heavily implemented around the 7 largest cities of the country. This scheme is focusing on building satellite towns with “smart city” infrastructure, that can accommodate the growing population and also decentralize economic power in urban areas.

With the implementation of innovative green city strategies combined with the government schemes, urbanization is poised to drive the future growth of the economy in India.

This post was previously published on www.eco-intelligent.com and is republished here with permission from the author.
—
Photo credit: Shutterstock