Attendees tripled over the prior year at the Silicon Slopes Tech Summit 2018.

It wouldn’t be surprising to learn that feminist talk did, too.

“We don’t have enough women in IT … we need more women in senior leadership positions,” said Carine Clark, Banyan CEO. “And I need the women to step up.”

The Salt Lake City conference was comprised of guest speaker-discussions and one completely had to do with feminism. That’s when Cathrin Stickney spoke.

Josh James, the Domo CEO, interviewed Stickney, the founder and CEO of Parity.org, which asks companies through its ParityPledge™ to interview at least one qualified woman for every open vice-president seat or higher, including the c-suite and board. The only commitment is the interview.

Results from a similar promise in the NFL, called the Rooney Rule, were that minorities in top positions in the league increased from 6 to 22 percent in only three years.

The interview was Thursday, the first of the summit’s two days at the Salt Palace in Salt Lake City.

“I’ve always been a proponent of women advancing in their careers,” said Stickney, a health-care executive for 30 years. “When I read the World Economic Forum’s projection for gender parity, which said we were at least 100 years until gender parity … that made me think … we need to speed this up.”

That century count is at 175 years now, Stickney added.

“We are actually going backwards,” she remarked.

Eighteen months earlier, Stickney and James had a dinner “conversation” about increasing impact of the ParityPledge™.

“We talked about women in the workplace,” James said, having described Stickney as “badass.” “I said ‘teach me, teach me, teach me … I have six daughters … I wanted to help out and do the right thing.”

“I introduced it to you,” Stickney then said. “Of course, Josh signed the pledge.”
James noted the lack of diversity in the NFL compared to what it became after the Rooney Rule, saying that it allowed for NFL owners “to expand that network.”

“Men only know men,” James said, pivoting to Stickney’s work. “(We) have to break that.”
Stickney said that more than half of the 80 companies who signed the pledge in four months are from “this great state of Utah.”

“All of them are in this audience,” Stickney added.

“It does lead to change,” James said. “(You) go after that one person … and then go ‘wait, maybe can find a better person.”

“It gives you more ideas; it makes you more compassionate,” James added. “It’s good for business … this is a really simple way to take your company to the next level.”

“It’s been a lot of fun to go to companies and ask them to take the pledge,” Stickney added. “I’ve flown around the country.”

Ralph Lauren executives in New York told Stickney “we love this … over 50 percent of the workforce is women; we want to attract more women to the company,” Stickney said.
Hiring more women in leadership positions “is something we often talk about as various CEOs get together,” James said.

Stickney then spoke to the “business case,’ citing “numerous studies out there” from the “last few years” that say that when companies have “a balanced, gender-diverse workforce, in particular, in the c-suite and board, companies who have that have a 15 percent increase in profitability over those who don’t have that,” Stickney said.

“It’s not only the right thing to do; it’s the smart thing to do,” Stickney added. “There’s a cycle that goes when you start bringing women in these senior roles … there is a very diverse, positive organization as a result.”

“We’ve gone a long way with tech companies that go public with zero females on the board,” James said. “I don’t think we’ll see that anymore.”

“I don’t think so,” Stickney replied.

James then said that in an effort to get a “more balanced network” on LinkedIn of women, he “started adding women he knew on the network,” as 85 percent of his network had been men, he said.

Stickney then said that “women of color have a particularly difficult time (getting) major decision-making roles and seats.”

“That shows in so many studies,” Stickney said, adding that her organization “stands for parity in minorities of both race and ethnicity.”

Ruzwana Bashir is the Peek CEO and was interviewed by Pluralsight CEO Aaron Skonnard. Her parents were first-generation immigrants to the United Kingdom from Pakistan who didn’t read or write English.

“None of the women I knew had a job,” added Bashir, who has earned Forbes 30 Under 30 recognition. “CEO, I didn’t know what that meant.”

“What allowed for an opportunity?” Skonnard said of Bashir’s career opening.

“I had a teacher that went to Cambridge,” Bashir said.

“So an amazing teacher,” Skonnard affirmed, asking for applause for any teachers in an audience that totaled 14,270.

Then Bashir “started meeting people” at Oxford University, she said.
Skonnard then asked Bashir how she gets capital considering also that females “typically get less capital than the men.”

“A lot of it is self-motivated,” Bashir replied. “I was the nerdy kid who if I was told to write two pages for an essay, I would write 10. … and frankly, failing a lot. … you have to get up after these failures.”

She then spoke about having raised $25 million, “but by God, there were a lot of people who said know,” she remarked.

“There’s an emerging wave of entrepreneurship who didn’t have as much access to valley funding,” she added, talking about folks to take “values and fall over and get back up again.”

Saying that “sexism is in the news every day” and speaking of “women coming forward” about sexual assault, Skonnard then asked Bashir for her thoughts about the public expressions and “advice to men in Silicon Slopes” as “a female founder from a different country.”

“For a long time, there’s been a lot of women who haven’t been in the same … level of opportunity, all of the way to getting harassed,” Bashir said. “A lot of men may be intimidated by this conversation. … it’s really about getting more opportunities.”

She advised for the men to be “cognizant about opportunities and mentorship for female leaders … along with establishing these firm boundaries about what is and isn’t acceptable.”

Skonnard then quoted Bashir from an essay in 2014, saying that she wrote “the only thing that is necessary for the triumph of evil is for good men to do nothing … let’s not be those people.”

“I think we live in a world where often … you wait to be able to tackle these issues and problems that are out there until later into your career,” Bashir said. If there is something that is unjust or unfair in the world you can tackle, the sooner you can to it, the better … all the way through to even bringing it to a company … you have more of a voice today … have an impact and step forward on issues that we care about.”

“I don’t like that word; I like the word ‘balance,’” Mays said. “For example … if your community is 20 percent Hispanic, your workforce should be 20 percent Hispanic. That’s what we try to drive.”
Peterson referenced parity.org and said “that role model, it’s palpable.”

Durling said talking about “women in the industry” is important and that “the male needs to be the one asking the woman ‘What are your thoughts?’” 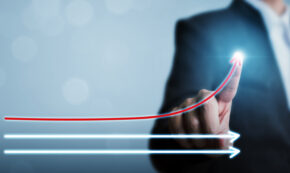 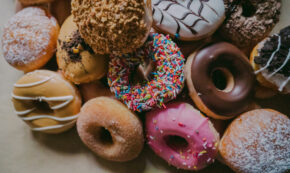 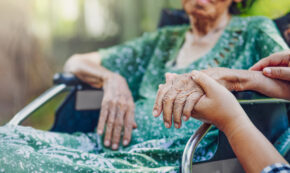 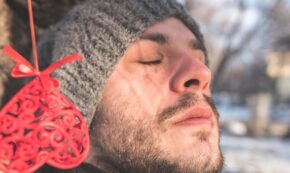 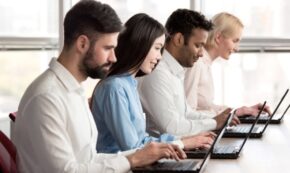