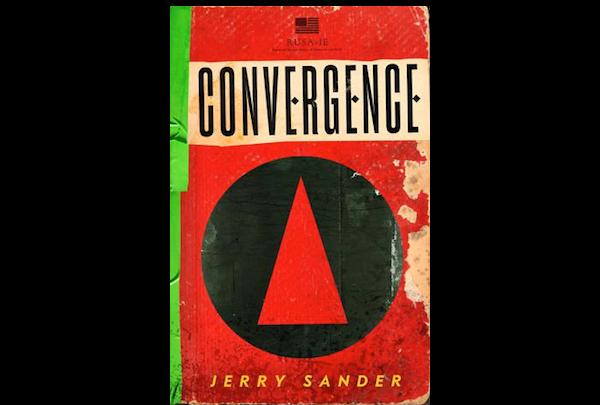 It’s been more than seventy years, now, since a former French teacher named Aldous Huxley sat down to write a letter to a former student (Eric Blair) whom he’d taught at Eton some thirty years before. Eric had a new name, George Orwell, and a new book, 1984, which Huxley praised but felt got the future all wrong. The coming dystopia wouldn’t be kept running by thugs and torture as much as complacency brought on by various entertainments, legal substances that kept you high, free sex (for recreation, not procreation) and people who were proud to be in their own narrow social class—all things he’d outlined in his own book, Brave New World, some twenty years before.

What would change Orwell’s world into Huxley’s, in Huxley’s opinion? It would be “ . . . a felt need for increased efficiency.”

But there is one thing Orwell got completely right: he understood that the ruling Party (whichever one) could—with the right media help—convince the public that 2 + 2 = 5, and that the previous country we’d been at war with was actually our ally and we’d always been at war with someone else. In fact, not only could the Party make 2 + 2 = 5 happen, it was vitally important that they do so. “Not merely the validity of experience, but the very existence of external reality,” Orwell wrote, “was tacitly denied by their philosophy.”

Fast forward to 2020: we have a president elected to office having received about 2.9 million fewer votes than his opponent, with about 54% of all Americans disapproving of his performance. Realizing that most people never voted for him and regard him as an imposter, he begins to lie. Big time. About five times a day to start. The Washington Post has recorded 492 lies during his first 100 days in office. Having gotten away with it pretty well, his frequency went up to about six lies a day in 2017, sixteen a day in 2018, and more than twenty-two a day in 2019. Now into the fourth year of his presidency, the figure is closing in on 17,000 lies in total.

The reality, now, is that 2 + 2 does equal five. Consult Facebook if you don’t believe me.

What Huxley got right is that we wouldn’t care too much about the erosion of essential human truths and freedoms as long as our security was guaranteed, our prefrontal cortexes and amygdalas are allowed to process simple pleasures, and bad things weren’t actively happening to our own little group. His “felt need for efficiency” was no different from Steve Jobs’ selling pitch to a skeptical public at the turn of this century about his Macintosh computer: “It just works.”

Here’s what, I believe, neither Huxley, nor Orwell, nor any of us saw coming: It’s not a matter of government using technology to enslave the people. It is a matter of technology using the government to harness people’s loyalties, monies, and energies. It is about the creation of a vast quiet sea of smiling economic slaves.

Technology has proven itself more of a powerfully uniting force than government. The Trump/Never Trump divide is real and is full of unforgivable (and unforgiven) vitriol that promises to last into the next decade. The divide between Android and Apple, however, is a gentler one; some prefer one or the other, but we all come together in being in love with (or are addicted to) our phones, are involved with our Alexas, spend time with our Siri, don’t mind when all of this knows exactly what we want, when we want it, and we will even give it the keys to our home if it promises to be known as a “smart home.”

You may say we don’t love our phones, and actually hate them, but—outside of employment— how many hours do you actually spend with people, places, or things you say you may hate? Americans spend between three and nearly five-and-a-half hours a day with our devices. (“Is that a Galaxy 10 or 20 you’re holding? Wait, that’s the new iPhone?”)

In my novel, Convergence, I follow the logic to its conclusion: in the universally wired near-future, the United States is given the opportunity to merge with the world’s largest search engine (WhoozHooz), and does so gladly, because the tech world is efficient, has actual plans they can implement, and will provide more security for all as the Triumvirate. (The third leg of this is the old Stock Market.) Together, the Triumvirate unites all through the HIVE.

It turns out we don’t have to worry about democratic forms of government stealthily using hi-tech to bring about submission as much as we have to worry about big business and hi-tech coming together to absorb, and replace, the government. Convenience and entertainment are very hard things to ignore. It turns out we are willing to trade in all our freedoms in exchange for them. 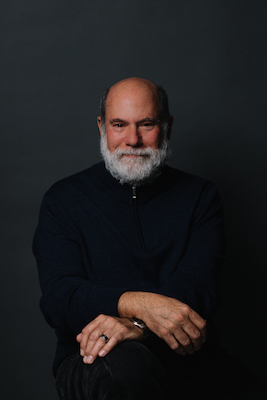 Or so it seems. But maybe not to a new generation raised in this inherited tech-web. Turning to the past for answers, young people will have to dig, claw, and fight for what it used to mean to be human.

Jerry Sander is the author of three novels: Convergence, Unlimited Calling (Certain Restrictions Apply), and Permission Slips. He a New York-based psychotherapist who has worked with teenagers and their families for more than three decades and is a graduate of Oberlin College and New York University. Influenced forever by Aldous Huxley and George Orwell, he is deeply concerned about the trajectory of the world we are leaving to our children. Jerry is the father of four young adults and lives with his wife and adopted dog, Scout. For more information please visit www.rusa-ie.com.