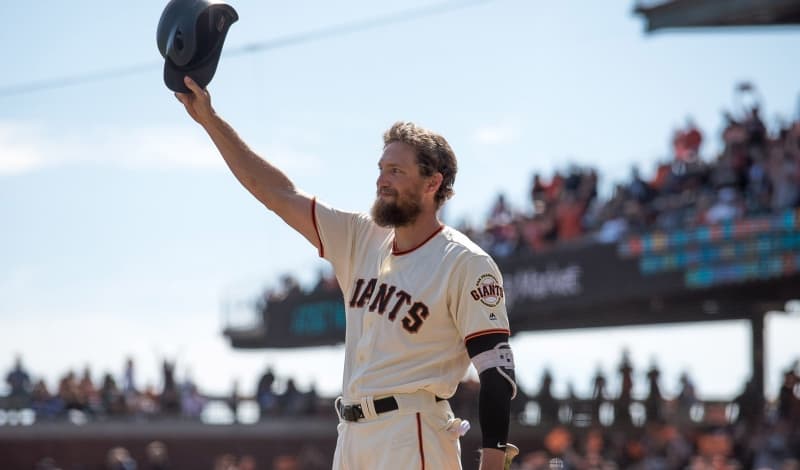 I recently came across a story about a baseball player named Hunter Pence. He used his raw athleticism to develop a foundation of skills that won him two championships and landed him a contract worth $18.5 million per year with the San Francisco Giants. He has played in over 1600 games and hit 242 home runs across 13 seasons. However, he was able to abandon everything that made him successful when he realized that the old formula was no longer effective.

Hunter Pence has played in the MLB since 2007. Throughout his career, he had been a solid player. He never lit the league on fire, but he was consistently an above-average player on good teams. Pence appeared as an All-Star on three separate occasions.

He won two championships, winning the World Series in 2012 and 2014 with the San Francisco Giants. To illustrate his contribution to those teams, we can draw a parallel to a hierarchical organization structure. He wasn’t the CEO nor a VP, but maybe a Director. He was a key player for both championship runs.

Even though salary numbers don’t correlate with success in baseball, I think it’s the best metric for non-baseball fans. To give an idea of Pence’s value to his team, he earned his highest yearly salary in 2015, making $18.5 million per year. In comparison, the highest-paid player in 2015 made $30 million. Hunter Pence was, by all accounts, a good player.

Understanding the context of Hunter Pence’s career is pertinent to his reinvention story in 2019. He was an excellent player. He had a refined skillset developed over twelve years (2007–2018) of MLB baseball. He had found a way of playing the game that worked for him, making him a champion on two occasions.

During the 2018 season, Hunter Pence became a secondary option on the San Francisco Giants. He went to bat only 248 times compared to a career-high 708 from a few years earlier. He wasn’t injured or nursing previous injuries. He just wasn’t good enough for his team to give him playing time.

The style of play that made him successful for twelve seasons had failed. He was a player that leveraged his raw athleticism and power. But at age 35, his years of jumping into walls or launching himself into a dive to catch a fly-ball were over. He couldn’t rely on his raw strength to hit the ball hard because his body wouldn’t allow it. He was an ageing player, fighting a losing battle against time as the flame of his prior successes grew smaller and smaller.

Players at his age usually choose between two options. They…

But Hunter Pence didn’t have either of these options. The Giants did not offer him a new contract at the end of the 2018 season. Nor did any other team. Baseball would continue without Hunter Pence.

Most players would retire. Baseball had given up on him. But Hunter Pence isn’t most players, and he hadn’t given up on baseball.

He sought the help of two specialists to fix his swing and his running form. He spent hours tearing apart old habits, the same habits that made him successful in the first place. He replaced his antiquated skills with new and uncertain techniques that weren’t guaranteed to work for him. And then he moved to La Romana in the Dominican Republic.

He joined a winter league during the MLB offseason to practice his new swing and running style. I watched his highlights from the first few games in the Dominican. Well, I wouldn’t call them highlights — he sucked.

However, despite the initial adversity, he didn’t throw in the towel and call it quits. He didn’t give up on himself. He remained resilient and committed to reinventing himself.

Soon, he found success with his new skillset. There were glimpses of his former self. He crushed a ball out of the park as the crowd in La Romana roared. He hit a slow groundball up the middle and ran fast enough to beat out the throw to first. He’d run full tilt, grass flying up behind him, to catch a fly-ball on the warning track, receiving a tip of the hat from his pitcher.

He wasn’t the All-Star player that he once was. But, he didn’t look like a benchwarmer or a washed-up has-been. He looked like an MLB player.

In the following 2019 MLB season, Hunter Pence signed with the Texas Rangers. That season, he had a batting average of .297, his highest average since 2011 when he batted .314. He now plays for the team that had given up on him before, his former San Francisco Giants.

Instead of fighting a losing battle and committing to his old techniques, Hunter Pence pivoted. Instead of trying to out-work or out-train his ageing body, Hunter Pence decided to reinvent himself. He demonstrated flexibility and a willingness to adapt and was rewarded with the continuation of his MLB career.

Hunter Pence’s story also gave me a lot of hope. There are undoubtedly areas of my life that will become obsolete, skills that I’ve learned that will follow the trajectory of the law of diminishing returns. But rather than wallowing in the reflection of what once was, I know that I can reinvent myself. He has shown me that change is possible.

The journey of success is simply a parable for self-discovery. It is a journey that will always be an uphill battle. It requires a constant awareness of strengths and weaknesses and the ability to recognize when things stop working. And when change is needed, the journey requires a little bit of Hunter-Pence-level reinvention.

I’m just a 20-something telling my story.