As a former pro athlete who spent many years in the NFL, I’ve always prioritized my health — and I probably got that from my parents. When we were very young, my brother, sister, and I would watch my mom working out with Jack LaLanne (or some other television fitness guru). By elementary school, we were doing those exercises with her.

As I grew older and started playing baseball and basketball, I realized I had some natural athletic talent. I began to set goals: I wanted to be the fastest guy in the neighborhood, or I planned to become the strongest player on the team. I was constantly searching for tips on training and nutrition, whether that was from experts on TV, local coaches, or anyone else who might know more than I did.

I internalized their advice on the importance of a healthy diet, adequate sleep and recovery, and proper technique during exercise. Gradually, my ability to absorb all this information — combined with my athleticism — began to translate into success on the basketball court and baseball field.

By the time I got to high school, I had another goal: I wanted to play football. In those days, the dangers of playing football weren’t as widely touted as they are today. Doctors and scientists hadn’t yet begun conducting extensive research on chronic traumatic encephalopathy, sleep apnea, and other chronic health issues now associated with the sport.

Even so, my mom didn’t want me on the football field. It took a lot of convincing, but she eventually relented. I started playing football for the first time as a sophomore in high school. And after stepping on that field at John Marshall High School in Los Angeles, I never looked back.

There were times when I felt invincible over the course of what became a Hall of Fame NFL career. Youth can make anyone feel that way, whether you’re chasing down interceptions or climbing up the corporate ladder. But I learned I wasn’t invincible. In fact, no one is.

I was 55 years old. My football-playing days were long over, but I felt great. Sure — there were moments when I’d think to myself: “I should stop eating so many sweets” or “I should get more sleep,” but I didn’t notice any signs or symptoms that my health was declining.

That’s why I was shocked when my doctor diagnosed me with prostate cancer. I’d heard lots of stories about former athletes who seemed healthy but still passed away far too early. I’d always remind myself that they probably weren’t eating right or taking care of themselves like I was and that I had nothing to worry about. That day changed everything for me.

In reality, I had no idea what I was up against. I told my wife about my diagnosis and no one else — not even my mom (though I did tell her eventually). I soon learned that one in nine men would be diagnosed with prostate cancer at some point in their lifetime and that African American men were especially susceptible. One in six receive a diagnosis, and they are 2.2 times more likely to die from the disease compared to white men. Early on, I remember thinking: “Gee, I don’t know one single African American man who’s had it.”

It was only after I opened up about my diagnosis that I realized how common it actually was. Talking with survivors and former NFL players who had dealt with adversity inspired me to share my story and do what I could to teach others about prioritizing well-being.

Although they hadn’t experienced prostate cancer personally, guys like Ronnie Lott, Marcus Allen, and Cris Carter were willing to help me educate others about the disease. Deacon Jones, Fred Biletnikoff, and Rickey Jackson — who did have prostate cancer — were instrumental in spreading awareness about the importance of early detection and became advocates for screenings and men knowing their family’s medical history.

I also take this prioritization into many of my own daily decisions. Being intentional in this way not only helps me find better ways to live an active and well-rounded lifestyle, but also influences others to make similar choices.

With these things in mind, I have three tips for managing your health as you get older:

When you’re young, your body can process pretty much anything you put in your mouth. Unfortunately, that doesn’t last. As you get older, you need more nutrients but fewer calories — meaning you have to be a bit more selective about what’s on your plate.

A few years ago, my daughter convinced me to watch a documentary called “What the Health?” Needless to say, the film was eye-opening. After watching it, I stopped eating steak and pork (red meat is classified as possibly carcinogenic, and processed meat is defined as carcinogenic) as well as chicken. I switched to a primarily plant-based diet, occasionally supplemented with fish or shrimp.

As a result, I make it a point to see the doctor more often to make sure I’m getting enough iron and other nutrients I need as I get older.

You want to set a good example for your family members, but you also shouldn’t be afraid to lean on them for support. In doing so, you send the message that it’s OK to ask for help when it’s needed. In fact, every choice you make about your health sends a message to family members.

According to a study by Duke Medicine, for instance, children whose mothers encourage them to eat a healthy diet and stay active (and also model these behaviors themselves) are more likely to lead a healthy lifestyle. Of course, fathers’ contributions are also important: Dads who model healthy activity and eating choices have a profound impact on children.

Like millions of other Americans, my parents were smokers. When they quit smoking for health reasons, they gave my brother, sister, and me another example of putting your well-being first. When my family exercised with Mom, it made it easier for her to lose weight, and my siblings and I became interested in staying active. Likewise, being around my kids and grandkids is a blessing because it keeps my wife and me physically and mentally active.

Countless older Americans battle some sort of chronic pain. And though it’s common, that doesn’t mean it’s normal. Unfortunately, when it came to dealing with aches and pains, my mentality for decades was this: “I played 14 seasons in the NFL. I’m 60 years old. I expect to have aches and pains.” And actually, I was saying the same thing when I turned 50.

After my prostate cancer diagnosis, I changed that mindset. No one is supposed to live with pain. If you feel something, talk to your doctor, but also take some time on your own to learn more about what you’re dealing with and the options that are available to you.

I’ve had issues with foot pain for years, for instance. After my cancer diagnosis, I realized that I needed to do something about that. In addition to doing yoga — which has certainly enhanced my overall physical and mental well-being — I started taking CBD.

I never would’ve thought about it 20 years ago, but it’s opened my mind to different treatments and remedies. That new mindset helped me discover new lifestyle changes that allow me to keep working out, staying active, and doing the things I love with the people I care about.

My goal is to live to 125. That’s ambitious, but I’ve always set big goals — and so should you. In the 21st century, aging doesn’t have to mean letting go of the activities you love. If you’re dealing with age-related health issues, don’t be afraid to seek help. Also, don’t tolerate anything less than the life you want, whether you’re 25 or 125.

Amen. Thank you, Mike. You make a difference. 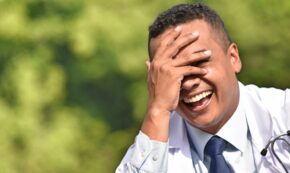 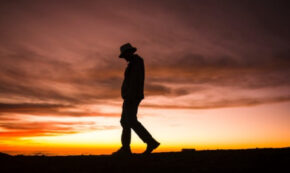 FacebookTweetPinEmailShares8.8k
wpDiscuz
1
0
Would love your thoughts, please comment.x
()
x
| Reply
Share this ArticleLike this article? Email it to a friend!
Email sent!