Get Daily Email
Join/Login CLOSE
Home / Featured Content / What is Feminine? What is Masculine? 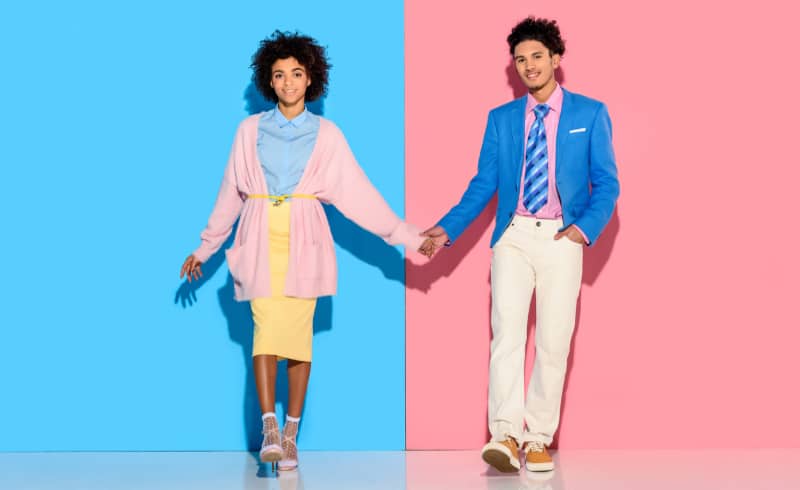 One example we think we all know for sure…the moon…it’s feminine! Right?

The answer to the question of the moon, like many answers to many questions is, it depends on who you are asking.  From Germanic roots, the moon is male.  From Latin roots, the moon is female.  The sun also has opposite genders assigned depending upon the roots of the language.  The English definition of the moon and the sun have no gender.  Over many, many years, masculine and feminine traits have been assigned to the moon and sun based on language roots, spiritual practices, and ethnic backgrounds.  But if something like the moon, which is thought of as the center of femininity to some, could have once been considered male, Isn’t it possible that most of what we now think of as gender-specific has been programmed?  If the sun, which is thought of as the center of masculinity to some, could have once been considered female, why do we assign any gender to human traits?

Let take a look at what science tells us about the moon’s characteristics:

Okay, what about the sun:

The main reason I wanted to put those facts down is two-fold.  First, I get to learn some new things!  Second, to point out that there are some really stark similarities between both the sun and the moon.  And there are some differences.

So, if we take it a step further and say, where do any of those physical properties line up with human traits defined as feminine or masculine?  Both objects affect tides.  Both objects are moving.  One is big, one is not as big.  One is always hot, one changes temperature.  I could argue that “heat” belongs to a feminine trait because in my experience, the safest place I feel is in the warmth of my partners embrace.  Others may say heat is a masculine trait because of temper and rage.  But that leads us down a path of picking traits that are “better” and assigning gender to those properties, which, leads us to a hierarchy in our mind as to which gender is “better”.

As a child, I most certainly was programmed.  Not maliciously.  Just because the reality of the information that was available to my parents when I was born looked something like this:

As a child, I was taught that being male meant

When I was young, I had 3 brothers, so I didn’t have a sister to compare my list with. But with my mother, aunts, and grandmothers around, it wasn’t too hard to figure out what their list may have looked like:

So if we look at the sun and moon, from a gender perspective, we see that there was indeed no set gender for either.  It depended upon who you asked, and what you read.  Why can’t that be true of human gender as well?  We have come a long way since I was a kid, but it is amazing to me how many things are still being labeled as feminine and masculine.  Certainly, humans have hormones that cause certain behavior.  Ovaries and Testicles produce hormones in the body that ready us all for adulthood. Body hair, depth of voice, breasts, sweat, ovulation, sperm all are things these two organs are responsible for in our bodies. All important things. But assigning expected behavior based on ovaries and testicles leads to expectations based on outdated thinking.

Modern English is the perfect metaphor for gender.  Our language was born from French and Old English.  A mix of Latin and Germanic languages gave birth to Modern English.  If we think of all humans of a perfect mix of feminine and masculine, without identifying any trait as either feminine or masculine, it allows us much more freedom to be who we want to be, without judgment.

I’m not suggesting any human how to identify when it comes to gender.  Identify however you feel called.  I just wish us all to start looking at the root of why we identify behavior and objects a certain way.  If we can do that.  Then maybe we can all start removing gender from places that it really doesn’t belong.