Get Daily Email
Join/Login CLOSE
Home / Featured Content / What Is Gender Dysphoria and How Does It Affect Those Who Are Transgender—And Those Who Are Not? 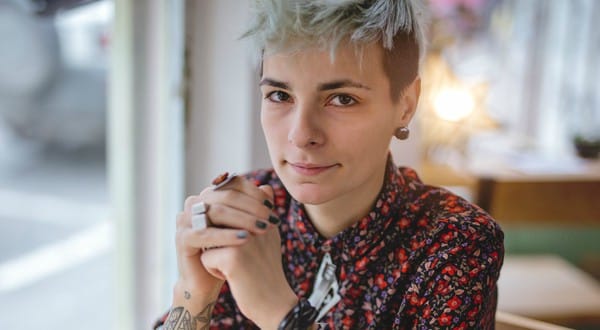 —
Science agrees: being transgender is not a mental illness.

When people see or hear the medical diagnosis “gender dysphoria”, they assume this means being transgender is a mental illness and that trans people are therefore “crazy” in some way.

This couldn’t be further from the truth.

Is being transgender a mental illness?

In fact, when the latest version of the Diagnostic and Statistical Manual Of Mental Disorders (DSM 5) was released in 2013, “the term ‘Gender Identity Disorder’ (GID) which has historically been used by mental health professionals to diagnose transgender individuals” was replaced with the term Gender Dysphoria, now “used to describe emotional distress over ‘a marked incongruence between one’s experienced/expressed gender and assigned gender.'”

What is gender dysphoria?

Gender dysphoria is given as a diagnosis related to how a person feels about the gender they were assigned at birth.

According to the American Psychiatric Association (APA):

While gender dysphoria is not a mental illness, having the diagnosis available for patients provides an important vehicle through which they can gain access to critical services and resources they need in order to resolve their dysphoria and become comfortable with their gender.

As explained by Betsy Nicoletti, cofounder of Codapedia, “The diagnosis code supports the medical necessity for the service and tells the payer [i.e., the insurance company] why the service was performed.”

In other words, when you have a diagnosis code, your insurance is more likely to pay for you to receive necessary medical or psychological services in order to live a happy, healthy life. For some people, this may mean transitioning so that their outward appearance or anatomy matches their gender.

There are generally two biological sexes: male and female. Some people are also born intersex, which means they were born with anatomy that doesn’t fit what’s typical for either male or female bodies. Some people have both male and female aspects of their genitals, for example.

Gender is a social construct —​ not a biological fact.

Gender is how we feel and see ourselves.

For many years, male and female were the only genders recognized. Now, we know that gender falls on a spectrum and that even people who are happy with the gender they were assigned at birth can move along the spectrum at different points in their lives.

For example, I am a biological female and I see my gender as being a woman and I have always identified as a woman (or a girl). However, at some points in my life, I have felt very feminine while at others, I have felt much more masculine.

Who is diagnosed with gender dysphoria?

People who identify as transgender are the people who are most likely to be identified as gender dysphoric. They often feel they were born into the wrong body.

But it’s crucial to understand that, according to the APA, not all transgender people have gender dysphoria.

Some cisgender and other non-trans people may also be diagnosed with gender dysphoria.

Gender can also be fluid, and there are many different types of gender identities that aren’t strictly defined as transgender within the LGBTQIA+ spectrum.

For instance, some people are “genderfluid” and identify as female sometimes and as male at other times. They do not see themselves as transgender, necessarily, because the way they identify moves along the spectrum between male and female.

Some of these people use the label “genderqueer”. Within the medical and psychological communities, these people are often called gender non-conforming. This term also includes people who are transgender and genderfluid.

People who have gender dysphoria feel very strongly that their gender does not match their biology, but this is not a mental illness. The diagnosis is simply a description of the distress this mismatch causes the person who is experiencing it.

Many people choose to do things to get their bodies to conform more to their identified gender.

Some of them choose to go through surgical and/or hormonal processes to aid in matching their anatomy with their gender. Surgery to change a person’s anatomy to match their gender is often called “gender confirmation” or “gender affirming” surgery.

When someone experiences gender dysphoria, it causes stress, anxiety, and depression. In some cases, people feel suicidal as a result of the mismatch between gender and biology.

Experiencing gender dysphoria is serious and may require treatment, but the person’s gender identity itself is not the problem.

Gender is one of the central features of self-image and self-understanding, and as such, it has an immense impact on how we relate to ourselves and others. So feeling like your gender is out of place or not representative to who you are can be very stressful.

Feeling as though your body is wrong is an awful feeling, distressing on so many levels.

When others mislabel a person’s gender, it is jarring and the person feels invisible and not understood. It impacts every aspect of their life.

Psychology Today states: “Suicidal ideation, suicide attempts, and substance-related disorders are relatively common among those experiencing gender dysphoria. After gender transition occurs, suicide risk may dissipate or persist, depending on the adjustment of the individual. Children with gender dysphoria may manifest coexisting separation anxiety disorder, generalized anxiety disorder, or symptoms of depression. Adults may display anxiety and depressive symptoms as well.”

These people may need treatment, and they deserve to receive the support that can help them resolve their dysphoria.

What are the signs and symptoms of gender dysphoria?

People often are aware that their body doesn’t correspond to the gender they feel when they are quite young.

Children who have gender dysphoria will consistently tell people that they really are the opposite biological sex. They will tell people that when they grow up they will become the other sex.

Many talk about removing the genitalia that doesn’t match their gender. They will reject clothing, toys, and activities associated with their biological sex. They will often have friends of the gender they see themselves as. They will often insist on urinating as the opposite gender so girls who identify as boys will urinate standing up.

Tweens and teenagers may become very distressed by the biological changes that come when they hit puberty. This is often a time that suicide risk increases.

They often express disgust at their genitals and secondary sex characteristics. So biological girls who are developing breasts but identify as boys may do anything to flatten their breasts.

Some will seek surgery. They will often dress as the gender they identify as rather than according to biological sex.

As gender fluidity exists, it is important to support children and adolescents where they are at any given time and not assume where they will end up when they reach adulthood.

Below are the criteria for being diagnosed with gender dysphoria as stated in the DSM 5:

In adolescents and adults gender dysphoria diagnosis involves a difference between one’s experienced/expressed gender and assigned gender, and significant distress or problems functioning. It lasts at least six months and is shown by at least two of the following:

In children, gender dysphoria diagnosis involves at least six of the following and an associated significant distress or impairment in function, lasting at least six months.

The goal of any talk therapy or counseling is to support the person, not to try to change their gender identification.

Again, there is nothing wrong with their gender identification.

Some people who identify as transgender do not have dysphoria related to this identification. They don’t feel upset that they are identifying as the gender opposite their biological sex. In such cases, a diagnosis would not be appropriate. There must be distress about the mismatch between biology and gender in order to gain a diagnosis.

What can you do if someone you love is gender dysphoric?

If it is a child, be supportive. Don’t contradict the child’s view of themselves, and don’t try to change the child to be the gender of their biological sex.

If you find this difficult to manage, you may want to consider therapy or coaching for yourself in order to sort your emotional issues and receive support in learning how best to support the child.

Regardless of age, use the pronouns they wish to be used when referring to them.

Some choose to simply use ‘he’ or ‘she’. Others who are gender fluid are more comfortable with ‘they’. Others use new pronouns like ‘zi’.

Above all, help the person to gain the support that they need.

What can you do if you believe you may have gender dysphoria?

There are a lot of places to get help.

Make sure to approach specialist clinics, doctors, and mental health professionals so that you will be supported and not told that you have a mental illness or that you need to change your perspective and learn to accept your biological gender.

Make sure you come out to people who won’t judge you or shame you.

And be sure to educate yourself about all of your medical, surgical and psychological options.
—

This post was previously published on www.yourtango.com and is republished here with permission from the author.
—