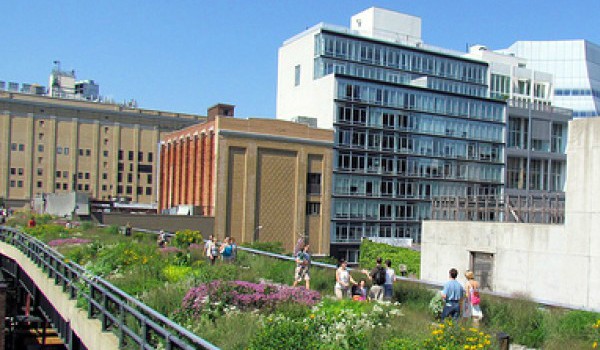 —
This is an exciting time for America’s neighborhoods as people come together–block by block, coast to coast–to boost the places they call home. Too many communities are still devastated by disinvestment, poverty and crime, but signs of hope are sprouting everywhere as folks roll up their sleeves to restore a sense of place and possibility in cities, suburbs and small towns

I chronicled this movement in The Great Neighborhood Book: A Do-It-Yourself Guide to Placemaking in partnership with Project for Public Spaces, and I’ve stayed on the neighborhood beat ever since. One of the biggest changes I’ve witnessed over the past several years is the meteoric rise of “Creative Placemaking,” which Trust for Public Land Creative Placemaking Program Director Ellen Ryan defines as “putting arts and culture at the center of urban revitalization strategies.”

Arts were once dismissed by many public officials and local activists as a frill, a nice thing perhaps but not essential when you are busy saving neighborhoods, building affordable housing, creating jobs. But that view faded in the spotlight of national attention on Creative Placemaking success stories like the High Line in New York City, the Cultural Trail in Indianapolis and the Village of Arts & Humanities in Philadelphia.

“Arts and culture is powerful because it can give voice to the people living in a place, inspiring their own creativity,” explains Erik Takeshita, co-leader of a new Creative Placemaking project at the Local Initiative Support Corporation. “Art has a unique capacity to help people re-imagine the place they live.”

Chicago’s High Line: The 606–The Second City will soon become first, at least in terms of the longest elevated urban park in the US with the 606, which will cover 2.7 miles on the city’s near northwest side when it opens this summer. The Trust for Public Land worked with neighborhood groups, the city of Chicago and the Chicago Park District on the $91 million project, also known as the Bloomingdale Trail.

Denver’s New Freedom Park–Refugees from Afghanistan, Myanmar, Somalia, Burundi and Nepal living on the East Side of Denver were seeking a place where they could grow food, celebrate their culture and where their kids could safely play. The Trust for Public Land teamed up with the Colorado Health Foundation and Denver Park & Recreation to transform a 2-acre vacant lot strewn with broken glass into New Freedom Park, which now features 50 family garden plots, a playground, a soccer field and a community gathering spot in the shade of cottonwood trees.

Marin City’s– Graham Park Not all Creative Placemaking projects happen in big cities. George “Rocky” Graham Park in Marin City, California–a lower income enclave of 2700 in affluent Marin County where rapper Tupac Shakur lived as a teen–had been little used for 20 years, except for illegal dumping of trash. Trust for Public Land joined with local officials with a grant from the state of California to rebuild and revitalize the park.

Minneapolis’s Juxtaposition Arts—Juxtaposition Arts is a full-fledged art and design school training low-income youth for well-paying jobs in creative fields. They are expanding a campus in the heart of the city’s African-American business district to include an art gallery, textile and graphics lab, boutique selling student’s creations and classrooms. “Art is used as a medium to give young people a voice, along with critical thinking and discipline,” says instructor Caroline Kent.

This post was previously published on www.onthecommons.org and is republished here under a Creative Commons license CC BY-ND 3.0.
—

Photo credit: On the Commons

FacebookTweet5PinEmailShares5
wpDiscuz
Share this ArticleLike this article? Email it to a friend!
Email sent!