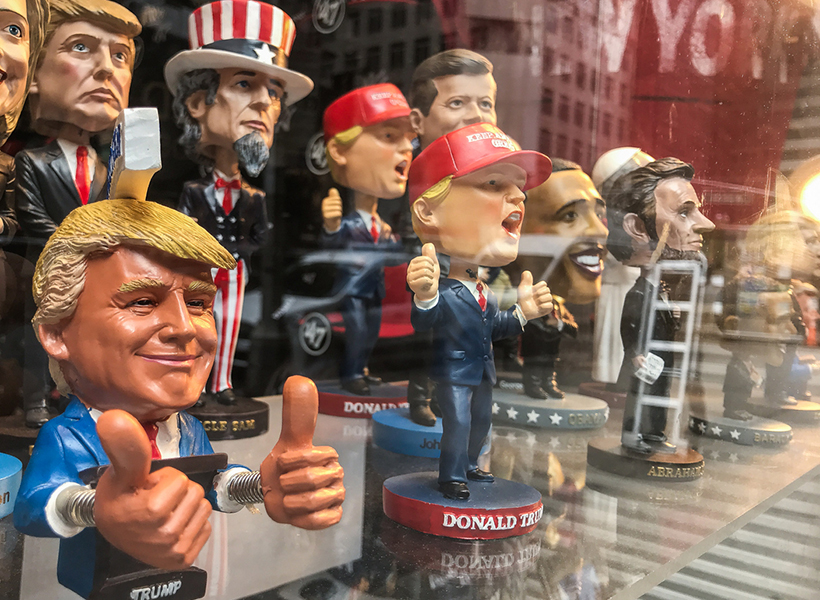 President Trump wasn’t the first President to struggle with paying his bills. Ulysses Grant was defrauded of $100,000 by his son’s business partner. James Garfield was broke when he was assassinated. Thomas Jefferson was always scrambling to pay his bills but that’s a story for another time. Trump’s problems aren’t new as throughout his career he’s gambled and lost, relying on the mob, the Russians, and Deutsche Bank with their troubling record of money laundering as his bank of last resort to bail him out.

Like other large hotel management companies, the Trump Organization has had to shut down much of its operation due to COVID-19 (though some hotels are still in operation). His cash flow is strained and he’s been trying to sell his Trump International Property which has been under constant scrutiny as a violation of the Emoluments Clause intended to keep Presidents from enriching themselves while President with foreign gifts. That process has been put on hold temporarily so no source of money there.

The Trump Organization, currently operated by his two sons, has become Deutsche Bank’s biggest nightmare by asking if the could withhold making loan payments indefinitely because most of their properties are shut down. Simultaneously, they’ve asked the County of Palm Beach to defer their lease payments on the site of a Trump golf course located on county property.

It’s always been rumored that Trump wasn’t as rich as he always proclaimed. His past is full of unpaid contractors and lawyers who found doing business with Trump wasn’t what they imagined going in. Deutsche Bank has seen Trump default on loans and sue them for millions of dollars, forcing them to continually renegotiate their loans. Internally, Deutsche Bank has failed to report strange transactions within the Trump Organization which appeared to some of its employees to be money laundering. Their response was to fire one employee and transfer others.

Given Trump’s history of failing to repay loans, in his last renegotiation, Deutsche Bank reserved the right to foreclose on some of Trump’s personal assets should he default once again. How awkward would it be to have them seize some of his hotels, mansions, golf courses, or planes, while he was President? Deutsche Bank has to worry that a vindictive Trump might hurt their business, not that he’s petty or anything.

The Donald Trump I think I know would rob Peter to pay Paul, with Peter being the US Treasury. He fought hard to have personal control over the $2 billion stimulus package saying, “I will be the oversight.” When Nancy Pelosi stopped that effort, he’s moving on to save himself with other funds that might go unnoticed, moving son-in-law Jared Kushner into an oversight role. When House Democrats announced their intention to conduct oversight into the COVID-19 response, Trump howled like a hurt dog.

Trump is going to look for a way to bail out his broke businesses. We certainly can’t count on Attorney General William Barr to do anything about it nor Mitch McConnell. It’s up to the rest of us to keep our eyes open and demand accountability. A good start would be a review of his finances which he’s fought to the end to keep anyone from seeing. I can’t help but wonder why?

Facebook360Tweet7PinEmailShares367
wpDiscuz
Share this ArticleLike this article? Email it to a friend!
Email sent!