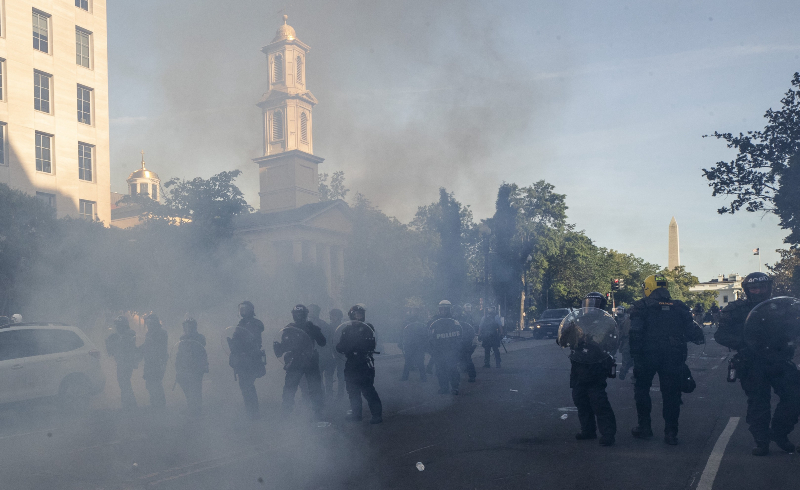 Jack owns a crowded movie theater. For years, Jack let Donald run up and down the aisles of that theater, each and every day, yelling “Fire!” at the top of his lungs. You and I wouldn’t be allowed to do that in Jack’s theater. However, according to Jack (and with the apparent blessing of his board of directors), “when you’re famous, they let you do it.”

The First Amendment is clear: it’s about Congress and the public square, not a private company. Easiest analogy: The customer is not always right. Or: We reserve the right to refuse service to anyone. Or: You can get the fuck out of this restaurant and never come back. Simple stuff.

It is Twitter’s right to pick and choose what types of speech it allows on its platform; it is the platform users’ privilege to stand on the Twitter soapbox and blather on about First Amendment insulation (accurately or otherwise). These are two different things. The first is tied to free enterprise and market capitalism, the other akin to visiting the Michigan State Capitol, where you can roll two amendments into one afternoon, freely walking around with a loaded weapon and spitting your views while liberating coronavirus from your lungs.

On June 1, two months to the day that U.S. deaths attributed to Covid-19 had soared from 4,000 to 104,000, and one week since the murder of George Floyd created a fissure in American history, the president went in front of cameras to declare how he would make the incredibly tense situation somehow worse. While threatening to invoke the Insurrection Act as a form of squashing lawful, legal protest and legitimate dissent, he surreptitiously directed the application of tear gas and rubber bullets across the peacefully assembled demonstrators (and at least one priest) in the vicinity of a church where he would later display his ability to hold a book with one hand. Because of leadership.

Trump will endlessly projectile vomit all the bigoted, xenophobic contents his mean-spirited mind produces; however, he is now pontificating that physical force is an acceptable manner with which to quell dissent. But violently evicting peaceful protestors’ right of assembly — to stage a photo op that plays on the White House Twitter handle — is not First Amendment kosher. History is watching.

(ICYMI: When applied, the Insurrection Act is an exception made to the Posse Comitatus Act, the directive that forbids the U.S. military from taking action against American citizens on U.S. soil. An exception like protecting the civil rights of nine unimaginably brave children in Little Rock, AR, in 1957, when the Arkansas governor installed the National Guard to enforce keeping a high school unconstitutionally segregated, and President Eisenhower federalized those troops by sending in the 101st Airborne Division to reverse that position and uphold the law. Trump’s exception will swing completely the other direction, denying the civil liberties of American citizens, and violently.)

If given the opportunity, there is every reason to believe Trump’s attempted masculinity-by-bunker would leapfrog from pouty tweetstorm to his own Tiananmen Square. And it’s worth noting what he had to say about that seminal event, the massacre of pro-democracy protestors by the Chinese military in 1989:

“When the students poured into Tiananmen Square, the Chinese government almost blew it. Then they were vicious, they were horrible, but they put it down with strength. That shows you the power of strength. Our country is right now perceived as weak … as being spit on by the rest of the world” — Donald Trump, 1990

This is what he had to say a few days ago about pro-democracy protestors 30 years later, on a June 1 conference call with U.S. governors:

“If you don’t dominate your city and your state, they’re gonna walk away with you. And we’re doing it in Washington, in DC, we’re going to do something that people haven’t seen before. But we’re going to have total domination.” — Donald Trump, 2020

We know something is clearly wrong with Donald. He has somehow morphed into a demented, senile infant suited up as an obese, insecure panda. The product of not getting hugs from his mother and having to purchase or hustle degrees of companionship from everyone else ever since. He lives in a newly-gated community, behind a wall that Mexicans neither built nor paid for, a desperate attempt to keep kids off his lawn.

But it’s not his lawn. It’s not his house. And it’s not within him to show respect. He is the insurrection. So what’s up with all the privilege?

This brings us back to Jack Dorsey, his crowded “theater,” and why he continues to allow a singular, unhinged senior citizen special treatment. (One estimate came up with two billion reasons.) A private company will decide if you are in compliance with the terms of service that they have mandated you must abide by. And since starting a Twitter account that copies exactly what the president tweets will get taken down within 72 hours for violating those very rules and regulations, the question arises: what the fuck, Twitter? Do you not see the civil unrest in this country, and how it’s scaling?

Has Jack not made enough money since the Trump inauguration? It’s really great that he — Dorsey, not Trump — has donated such a chunk of his wealth toward good causes, including the devastation visited upon this country by Covid-19. But at what cost did that revenue stream in, really?

And shouldn’t it be a bit more about legacy by now? (You really want Trump to continue being part of it?)

It should be highlighted, briefly, that there is also a Mark in this equation. Mark has a bigger theater — more like a cineplex — and Mark has made it abundantly clear that he will happily whore out his various viewing screens to anyone who can help generate revenue. He recently confirmed as much, unapologetically. For Mark Zuckerberg to go on Fox News and say Facebook isn’t taking a stand on being the arbiter of truth means (you guessed it) he’s already taken a stand.

Facebook, after all, once partnered with Cornell University to study almost 700,000 FB users for a week without their consent to gauge responses when one group had positive content removed from their feeds while another group had negative content removed — all to observe if “emotional contagion” was indeed a thing, and would indeed spread, like anything viral. (Answer: it was, and it did.) Straight manipulation of your emotional state in order to sell you more shit, all without telling you. And that was 2012. So Zuck’s comments on Fox should surprise no one, and his cult of shameless algorithmic marketers will never place a moral compass in the hands of those FB workers who might actually use it for navigation.

Most people using Facebook are not pro-dictatorship, are not pro-police brutality, are not pro-military junta, and surely most Facebook employees aren’t either. For those people of conscience and of otherwise, pure heart that express outrage at company policy but nonetheless keep cashing those checks, please consider using your privilege to protest an amplification system that knowingly distributes harmful propaganda for an extra buck.

By the morning of June 3, Jack (and Twitter) had listed new principles that he says Twitter uses to “empower healthy conversation.”

They are copied over here, word for word, as follows:

“We are NOT attempting to address all misinformation. Instead, we prioritize based on the highest potential for harm, focusing on manipulated media, civic integrity, and Covid-19. Likelihood, severity and type of potential harm — along with reach and scale — factor into this.”

That sounds fairly reasonable until you remember that Donald Trump is equal parts King Joffrey, Saddam Hussein and Mary Kay Cosmetics. Is there a “higher potential for harm” than a delusional psychopath inciting violence against American citizenry? Is calling for a xenophobic bigot to stop advocating injury to fellow humans via your tech such a “diverse perspective” these days?

Trump violates the principles Twitter is claiming to promote and uphold:

He increases the potential for likely harm.

No one is expecting Twitter to address “all” misinformation. But you could start by removing one racist who traffics in hate speech and agitates for systemic violence.

Seriously, Jack/Twitter/Board of Directors: Stop helping the virus of racism replicate. You can literally diminish the community spread of white nationalism with your platform, instead of excusing it. Consider what this moment in time really means.

Simply put, continuing to enable the white Twitter privilege of this president means you’re cool with it. All of it.

Do you feel it’s past time for Twitter and its Board of Directors to stop affording this president special terms of service privileges? Let them know.