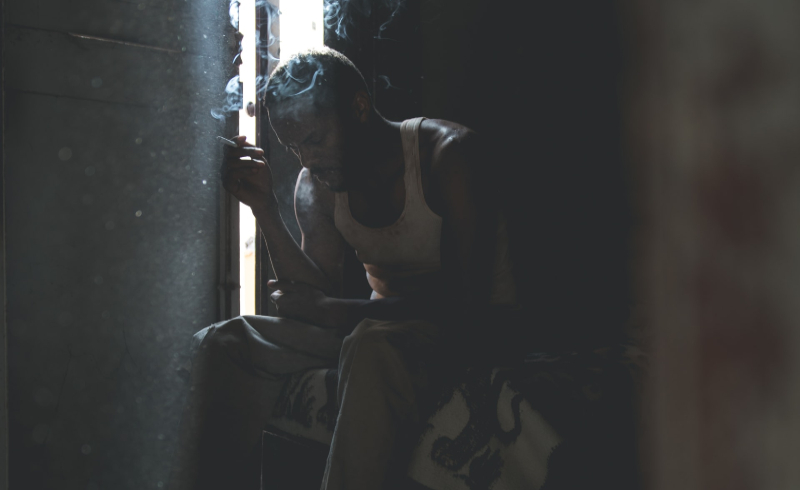 I was five years old when my 45-year-old father took an overdose of sleeping pills. According to his journal, which I found many years later, he had become increasingly withdrawn and depressed because he couldn’t make a living to support his family. There are millions of men today who are feeling the same pain. Do not give up. There is hope. Reach out. You aren’t alone.

The last entry in my father’s journal, written six days before he overdosed, still brings me to tears:

I see them all, a whole army of them, battering at the same doors I’m battering, trying in the same field I’m trying. Yes, on a Sunday morning in early November, my hope and my life stream are both running desperately low, so low, so stagnant, that I hold my breath in fear, believing that the dark, blank, curtain is about to descend.

Although he didn’t die, our lives were never the same.

I wrote about our twin journeys in my book My Distant Dad: Healing the Family Father Wound. The epigraph at the beginning of the book captures the experience of millions of children like me. “Kids have a hole in their soul in the shape of their dad. And if a father is unwilling or unable to fill that role, it can leave a wound that is not easily healed.” – Roland Warren.

Suicide is the ultimate loss of soul, and for too many men, it is the end of a life that could have been saved in a recent article, the Washington Post social scientist Arthur C. Brooks describes the epidemic of suicide among middle-aged and older men. According to the Centers for Disease Control and Prevention, 47,173 Americans died by suicide during 2017, which is higher in both number and percentage of the population than at any time since the CDC’s earliest published statistics in 1950.

Two groups seem to account for a large percentage of the spike in suicides: men between the ages of 45 and 64 and men 75 and older.

I turned seventy-seven last week. I’ve spent a lifetime trying to understand what happened to my father, living in fear that it could happen to me, and wanting more than anything to prevent the soul-murder that causes men to feel so alone and so desperate that they are willing to give up their lives to end their shame and suffering. I’ve asked myself, where did it all begin?

The first culprit in the loss of the masculine soul is the father wound. According to the National Center for Fathering, “More than 20 million children live in a home without the physical presence of a father. Millions more have dads who are physically present but emotionally absent. If it were classified as a disease, fatherlessness would be an epidemic worthy of attention as a national emergency.”

A father may be physically present, but absent in spirit. His absence may be literal through death, divorce, or dysfunction, but more often, it is a symbolic absence through silence and the inability to transmit what he also may not have acquired.

The father wound touches the lives of millions, and most aren’t even aware of the effect on our lives.

The second is the loss of intimate male friendships as we move through adolescence. According to Dr. Niobe Way in her book, Deep Secrets: Boys’ Friendships and the Crisis of Connection,

Longitudinal, mixed-method research on friendships, conducted over the past two decades with Black, Latino, Asian, and European American boys, reveals three themes: (1) the importance for boys of being able to share their secrets with their close friends; (2) the importance of close friendships for boys’ mental health; and (3) the loss of but continued desire for close male friendships as boys transitioned from middle to late adolescence.

The third is our adult male emphasis on economic success at the expense of male intimacy. Like many modern men, I entered the adult world with two goals in mind. First, to make as much money as I could, in pursuit of my second goal: to find a beautiful woman who would love me forever, give me children that would honor and support me like my father never could, and live happily ever after.

For me, other men were simply competitors who I needed to conquer on my way to the top of the success ladder. It took two divorces and being fired from my dream job to realize that my ladder to success was taking me away from what I needed. I had colleagues I worked with, but I didn’t have time to pursue friendships, and the few old friends I had drifted away as I spent more time at work.

The fourth culprit relates to the many masks we wear to cover our pain. Few men would admit that our lives are messed up, and even fewer would attribute our problems to loneliness. In his book, Lonely at the Top, psychologist Thomas Joiner says,

Men resort to fixes that feel like solutions in the short term, but in the long term are more ‘Band-Aid’ answers that only exacerbate the problem of male loneliness. These ersatz solutions include things like extramarital sex, divorce, alcohol, guns, NASCAR, and golf.

As they age,” says Joiner, “men tend to drift off and wither, and as they do, they avoid healthy fixes. A 2008 study found that men, far more so than women, had trouble trusting and reaching out for help from others, including from health care professionals. A postmortem report on a suicide decedent, a man in his sixties, read, ‘He did not have friends… He did not feel comfortable with other men… He did not trust doctors and would not seek help ever though he was aware he needed help.’

Vivek H. Murthy, M.D. is the 19th Surgeon General of the United States. In his book Together: The Healing Power of Human Connection in a Sometimes Lonely World, he describes one of the common ways men escape their pain is through the use of substances like alcohol. He quotes Bill Wilson, the co-founder of Alcoholics Anonymous (AA), who described the connection between alcoholism and loneliness:

Almost without exception,” Wilson wrote, “alcoholics are tortured by loneliness. Even before our drinking got bad and people began to cut us off, nearly all of us suffered the feeling that we didn’t quite belong. Either we were shy and dared not draw near to others, or we were apt to be noisy good fellows craving attention and companionship, but never getting it — at least to our way of thinking. There was always a mysterious barrier we could neither surmount nor understand.

Bill Wilson connected with Robert Holbrook Smith (Dr. Bob) and created a worldwide fellowship that has helped save millions of lives. I found a men’s group. I realized I was feeling desperately alone and increasingly depressed. I was on my way to following my father’s path to destruction when I saw an announcement on a bulletin board near my home in Mill Valley: Join Us For A Gathering of Men and Hear Dr. Herb Goldberg Talk About The Hazards of Being Male.

I attended the gathering and was surprised to see the room filled with about 60 other men. Goldberg asked, “Is the American man an endangered species?” Until that moment, I would have laughed at the idea. I thought men were privileged and had it made. But reflecting on my father’s life and my own emotional state, I nodded my head in agreement. He went on to say,

The male has paid a heavy price for his masculine privilege and power. He is out of touch with his emotions and his body. He is playing by the rules of the male game plan, and with lemming-like purpose, he is destroying himself — emotionally, psychologically, and physically.

The day of that talk was transformative, but it was just the beginning of something even better. Following the talk, one of the group organizers invited interested participants to meet the next Wednesday to form a men’s group. Twelve men arrived, and after an evening of discussion, eight of us decided to continue. Our men’s group continues to meet regularly. My wife, Carlin, attributes the success of our 40-year marriage to the fact that I have been in a men’s group for 41 years.

After writing 15 books on various aspects of men and masculinity, I thought I had written my last book. I assumed my wife would be pleased that I would finally have more time for her. But she surprised me. “You’ve got to write one last book. Men and women need to understand the armoring that guys are forced to put on to live up to the demands of society. Men need the kind of support and guidance you’ve gotten from your men’s group.”

My wife is a wise woman, and I followed her guidance. My 16th book, 12 Rules for Good Men, came out earlier this year. The first rule for men is “join a men’s group.” It’s the first step in reclaiming the masculine soul that has been lost for so many of us. Men, I believe, are the canaries in the coal mine, alerting us to the problems we are facing in the world. Men are also our best hope for saving humanity.

That’s why I’m excited about the work of Sean Galla, founder of MensGroup.com, whose mission is to create a community filled with conversations where guys feel comfortable sharing what’s really happening in their lives. Being in a men’s group gives us the opportunity to heal the masculine soul. If we can do that, we can join with women to heal the soul of our troubled world. I look forward to your comments and questions. For more articles that explore the lives of men and the families who love them, come visit me here. 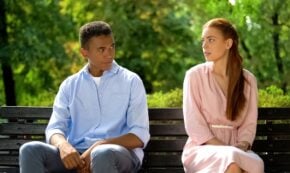 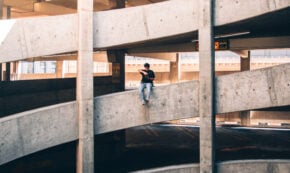 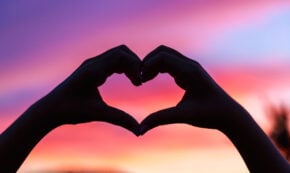