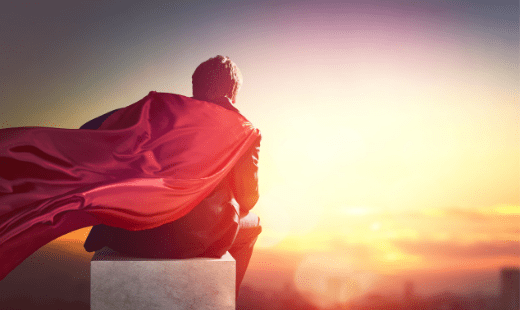 I’ve heard this a lot since I started writing about divorce and mental health. I always appreciate the sentiment but, truth be told, it’s never felt like a brave thing to do for me. Let me explain.

Around 25 years ago I started my first full-time job (and hell, saying that makes me feel far too old). It was in a bank and I remember waking up on my second day with a single thought seared across my mind: ‘I can’t do this for the rest of my life.’ Deep down I knew that I needed to have a job that didn’t feel like a job, I needed to do something that I was passionate about, that meant something to me and that would make a meaningful difference to the lives of others. Little more than a year later I was starting a university course to follow my passion for sport.

I have been fortunate enough to subsequently build a career in the sport I love, boxing. A friend from that time told me that she thought I had been very brave to leave my job to pursue my passion. It struck me as a strange thing for her to think as for me it wasn’t leaving my job that was scary, it was the alternative – spending my days, weeks, months and years doing something that I knew would sap my soul. That job just wasn’t me, and I wanted my career – and my life – to reflect who I am. So no, I wasn’t brave and it wasn’t really a choice, I had to leave.

Boxers. Now they are brave. Every time they step through those ropes, professional boxers know that they could get seriously hurt, or worse. Even in victory they are likely to get punched in the face; hard, and often. Most boxers don’t see it that way though, to them it’s just what they do. As Muhammad Ali so brilliantly put it,

I feel the same way about what I write. Being open and honest about the struggles I’ve had hasn’t been especially difficult for me, because those experiences were real, and what I say is the truth – or at least the truth as it applies to me. Writing is just what I do. Being someone that has lived with mental illness and gone through the emotional turmoil of divorce, is just who I am.

So none of this feels brave to me. And, just like when I left the bank, it is the alternative that would have been scarier. A life where I didn’t face up to and confront the challenges that I faced, where I didn’t experience the catharsis of writing. A life where mental illness is considered to be shameful and weak because of the stigma that surrounds it, a stigma that I wouldn’t have done anything to challenge. A life without the meaning and purpose that writing has allowed me to apply to those darkest of times, bathing them in a new light that can only be fully seen and appreciated from where I am standing now.

If others consider what I do to be brave then I am grateful for that, but I don’t see myself that way. I’m just me, and this is what I do. And I hope that what I do helps others.