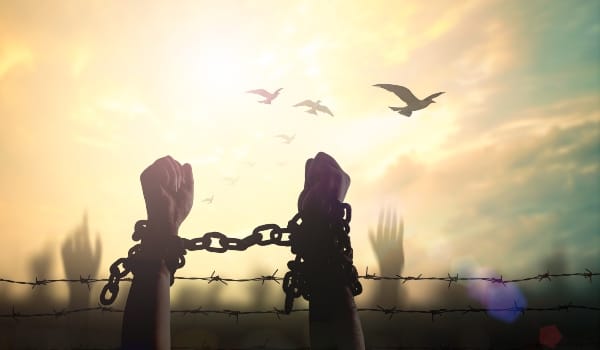 Of late, I’ve had reason to remember that quote from the late Spanish-born philosopher George Santayana. But only recently did I really understand the deeper meaning of what he was saying: If you don’t deal forthrightly with the past you can’t change things in the present or for the future.

And when it comes to issues of race and racism, it’s why we in the African-American community have been, and suspect always will be, at loggerheads with the political right, which has often told us to “forget the past and deal with the present.” In that context, we “forget” at our peril.

You see, we truly see conservatism as dragging us back into the past before the changes that uplifted us and eventually broke the back of legal segregation because the attitudes that fostered it were never addressed on that side of the political fence.

That I believe to be by design, because modern conservatism has always sought to dominate those who don’t agree with it. And we’re going back to the 1950s, when it came about in the first place.

See, modern conservatism is, and has always been, out of touch with its own history and, when it doesn’t give off a positive spin, tried to change it. For example, many conservatives will argue that the Republican Party fought for the abolition of chattel slavery — which is true — and supported civil-rights laws — which is overstated.

What they won’t tell you is that conservatism as we understand it today didn’t exist during the Civil War and began taking over the GOP only during the 1960s; the Republican presidential candidate in 1964, Barry Goldwater, considered the first modern conservative to run for president (although by today’s standards he was more libertarian and not a racist), won several Southern states, the first Republican ever to do so, due to his stance against civil rights.

Anyway, understanding that history is why we feel the need to speak up when bad things happen to us. We truly don’t understand the backlash against now-former NFL quarterback Colin Kaepernick’s “taking a knee” to protest police brutality in any other context. We also reject the idea that we’re simply “causing trouble” by pointing things out; we’re merely calling attention to the trouble that has always existed but that people can’t or won’t see. And by the way, the same was said about Martin Luther King Jr. during the civil-rights movement, which tells us that attitudes have barely changed, if at all, in that time.

If you look at the Old Testament, you’ll note the large number of holidays that the Jewish people celebrate even today, but with their establishment came a command from God: “Remember.” Even today we give testimonies as to how our lives changed, with the Apostle Paul saying honestly that he had previously been an enemy of the church.

Some years ago I reconciled with a woman in my past, sharing with her the details of what had gone on between us back then — not to assign “blame” but to make sure that the mistakes that I made I never repeated.

As things stand now, I don’t see conservatives as willing to accept responsibility for their role in the rift that exists in today’s society. Which leads to the question: Who’s really living in the past?