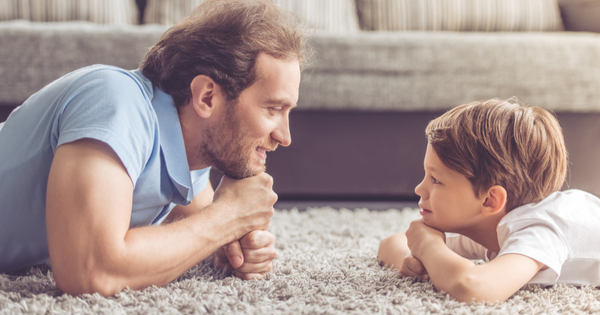 About fifteen years ago now, I remember visiting my friend for the first time after I moved back to Scotland from England. I had moved back to Scotland to get well. I had gone through so much trauma where I lived and the best thing to do for myself was to pack my bags and go back to live with my mum, and heal. And heal I did.

About two years later I was ready to get out and integrate myself with the world again. My friends Ben and Sue, that still lived down in England had invited me back for a week; a sort of all-inclusive stay at their house whilst I healed further. They were nice like that. They were always there for me.

I remember one day we had opened a few beers, lit the barbecue, kicked back on the deck chairs, and sat in the evening sun. We all began to discuss life in endless detail. Everything and anything; nothing was off-limits. From childhood to psychiatric hospital — it was a long-overdue catch-up. You see, I had missed my friends. It’s a nice memory.

I remember when Ben went off to the toilet and Sue had said to me, “You’ll never believe that Ben is getting grumpy in his old age,” and she further solidified her stance when Ben came back, she motioned over to him, “Aren’t you Ben, huh? You’re going grey and getting grumpy” — I took this with a pinch of salt though, because in our circles we had dubbed Ben, “Gentle Ben” after the placid bear — Ben was the sort of character that would give you his last dime if you needed it; yet to see him on the street he was built like a Challenger 2 tank; he looked fierce and ready to pound you into the ground at the slightest wrong move. But Ben was the most laid-back guy I had ever had the pleasure to come across in my life — if he had a problem, it generally wasn’t an issue. He just moved through it eloquently, and with ease. Yeah, I admire Ben.

He agreed with Sue, that he was now rapidly gaining grey hairs and his laid back and placid approach to life was now being swapped for a more grumpy and somewhat irritated outlook. By this point in life Ben and Sue had two children, and to Ben’s testament every time I saw him from that moment on, he’d greet me with the saying, “Kids” followed by shaking his head disapprovingly. It was a running joke of course; he was just subliminally telling me that his life was infinitely more complicated than it used to be.

But I didn’t get it. I’ll admit for a good portion of my life I was like an extended family member to those two, moving in and out of their household more often than not. His life didn’t seem that more complicated. He had Sue there to help him whenever he needed it, and how hard could it be to watch two very well-behaved little girls?

That is until I had my own one of course.

I have way more empathy for the jokes we used to make back then about coming home from work and then pivoting on his heel and going right back out on the night shift. It’s far easier looking in than it is experiencing it yourself. I can understand coming home from work only to have a child thrust in your face and having an at-her-wits-end loving, but very tired mother waiting to be relieved for at least ten minutes. The role of a parent is hard, and those first few years isn’t a walk in the park that’s for sure. And like it did Ben, it changed me completely.

It’s no longer all about me.

Gone are the days when I would come home to a smiling wife with dinner on the stove waiting to be dished up. When we started living together Natalie quit her job to be a housewife. It’s all she ever wanted to do, and when I came home from work, she would have dinner bubbling and would shower me with lots of loving questions about my day. It made me feel special, and she was always smiling, and interested.

It was a hard gear-shift from having that to having a child thrust into my face asking for a moments reprieve. It was a wheel of fortune whether I would get a smile or be told what a horrible day she had. Not saying that was bad, it was just different. It was no longer about me anymore. It was about Alex, and my needs came after his.

I couldn’t believe how free I used to be

I look back when I was a nineteen something and recall congratulating myself on what a busy life I led, when in actual fact I hadn’t seen anything yet. I had so much time to do anything I wanted to do, even with working in the three jobs at the time, nothing prepared me for having zero time  to myself during the day as a father. My kid has me running on all cylinders all the time from the moment he wakes up until the moment he goes to bed. And that’s no understatement. My life as a nineteen-year-old was relatively easy in comparison.

I now worry about something other than myself

I always used to laugh at when my mum would worry about the silliest of stuff. I get that now. I *really* get that.

I worry about everything to do with Alex. If he’s getting enough food, if he’s well, if he’s being treated well at school, his emotional wellbeing, and a ton of other stuff completely not related to me whatsoever – before marriage I didn’t think I’d ever need to worry about anyone bar myself and apart from the odd friend in trouble, but here I am, constantly ensuring my family has better mental and physical health.

Just like Ben’s grey hair, mine has rapidly turned grey too.

I just thought my friend Ben was getting old, and that his grey hair was a sign of him maturing, as was his annoyance with things he wouldn’t regularly respond to. I see the difference in myself now. The grey hair, the bags under my eyes, the declining appearance — all due to late nights and early mornings with my son. Natalie and I shared the baby care during the night, so we were both awake at every ungodly hour imaginable. But even now as I try and sleep for a full seven hours, I rarely get it. The experts tell you to take care of yourself, but that’s hard to do when you have a child!

When your kid gets older, they will spend an entirety trying to get one over you, trying to push your boundaries, trying to push that magic button that will make you explode into a fiery rage of hell. Yes, not only will you have to deal with that, but you’ll also have to put up with their tantrums and not getting their own way. I’m nowhere near as easy going as I used to be, because like my friend Ben, my kid has been pushing my buttons for so long that I have far less empathy for Mr random stranger than comes along and dares to push that worn-out button. He’s not a bad kid, but every kid will push those buttons, and it’s up to you to stop them in their tracks.

And last but not least you’ll finally understand unconditional love

It’s different with my wife. There are conditions to my love, for example, my love’s boundaries with my wife are around sleeping with another guy. The same conditions for love have been imposed on me — but now I understand why people like Pablo Escobar’s mum in the popular Netflix series Narcos tells that world to remember the good things that he did, and that he was a good boy, regardless of the tens of thousands of people he killed.

You just never stop loving your kid; no matter what he does, however silly, however dangerous, however hurtful, you still love them. I feel that.