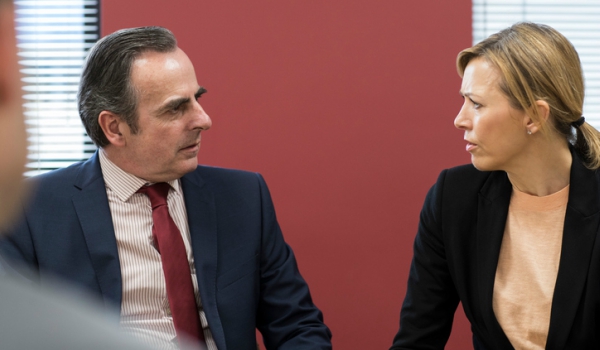 Why are some men uncomfortable with a partner who earns more or has a higher level of education? I mean, that’s more economic stability and resources for the family, right?

Man box culture has conditioned generations of men to see themselves as providers, not care-givers. This central frame of man box masculinity falters if women earn more and, even worse, start demanding equal effort from men in housework and caregiving for children. This “men as breadwinners” frame, born at the turn of the last century when the industrial revolution shifted men away from the farm and onto the factory floor, cut men off from home life, re-defining what had been shared work, as women’s work.

Which suited men in a patriarchal culture just fine. Men had control of all economic resources and spending. This level of power is absolute. In this way, women, who were not allowed to earn, were at the mercy of their husband’s benevolence, accepting whatever level of fidelity or compassion was offered.

Fast forward a few generations and women, who globally have come to quite rightfully associate education with personal freedom and autonomy, are pursuing education as a way to ensure they do not fall prey to men’s assumptions of authority.

Meanwhile, the “men as breadwinner” frame, which still underpins our dominant culture of masculinity, means that men, consciously or unconsciously, associate caregiving and housework with a submissive status. This is why working women struggle to this day with getting husbands to do their fair share of housework. Thankfully, men’s need to rely on archaic symbols of masculine dominance is beginning to decline. Many men are able to thrive in relationships in which we are not as economically powerful as our wives. Many of us are happy to support our professional spouses by taking up housework and child care. In fact, we like the work.

I have a bachelor’s degree. My partner, Dr. Saliha Bava has a PhD. My wife’s achievements are a source of pride for our family. Her earned status in the world is well deserved. She is the primary breadwinner in our family and is the source of our financial stability. But this kind of educational and economic power imbalance is still seen as stigmatizing for men in our masculine culture.

Men who have less earning power, who face unemployment, who are under-educated, face the cultural stigma that they are failing to be “the breadwinner.” Contrast that with the vocal pride of the stay at home dad movement in which fathers are primary caregivers. The level of pride and productivity in the home, celebrated by a stay at home dads in the millions, is an option for any man who might choose that exhausting and rewarding work. But many will never see it that way. They are too invested in man box culture.

Men who remain deeply uncomfortable with the idea of having less economic/educational power than their wives, likely have no history which modeled for them collaboration between a man and an economically equal or more powerful spouse. What they likely saw instead, was men exercising financial dominance over women.

This results in a fear-based response by men toward equal or greater financial power for women. It is the result of our dominance-based bullying culture of manhood, which models all relationships as inherently unequal. As men, we are trained to obsessively rank ourselves as either above or below those around us and then to signal our status to all. Because man box culture forced generations of boys to adopt a version of masculinity that relies on power over others vs. power created with others, many of us remain “equality illiterate.”

Our violent, bullying man box culture has indelibly stamped on men that, when push comes to shove, power will be used to dominate. So, we cling to symbols of gendered dominance in our home life. Doing housework is submissive. Therefore women should do that. Even women who have worked at the office all day.

Meanwhile, many women have also internalized man box culture. Men who falter in their “breadwinner” role are shamed as not real men, sometimes by their own spouses. Retrogressive views of masculinity can haunt couples, even those who are modeling a more progressive power arrangement.

Moving to new gender models for earning, housework, caregiving and shared power will require a new way of looking at the value of all work both inside and outside the home. For partners, negotiating these shifting symbols of status will be an ongoing task as our relative power shifts over the course of our lives. Learning to do this shared power dance is crucial to allowing all to feel valued.

For the record, the implications of my saying all this at this point in the long history of patriarchy is not lost on me. IE: now that men are doing housework, caring for children, NOW it’s time to acknowledge the value of that challenging work. It’s got to be bloody aggravating for so many women, I know. Especially if they still can’t get help cleaning the toilets in their own homes.

But this is where we are. As men, we need to set aside man box culture’s destructive reliance on creating power over and instead engage in relationships based on creating power with, our partners, our communities and in our workplaces.

Men must lead in ending our culture’s toxic man box models of power and control. We must move beyond versions of manhood that are deeply isolating and unsatisfying for us. They are harming us all. We can instead learn to grow real connection and community, something so many men lack. It’s time for men to step up and challenge all the terrible assumptions of man box culture, once and for all.