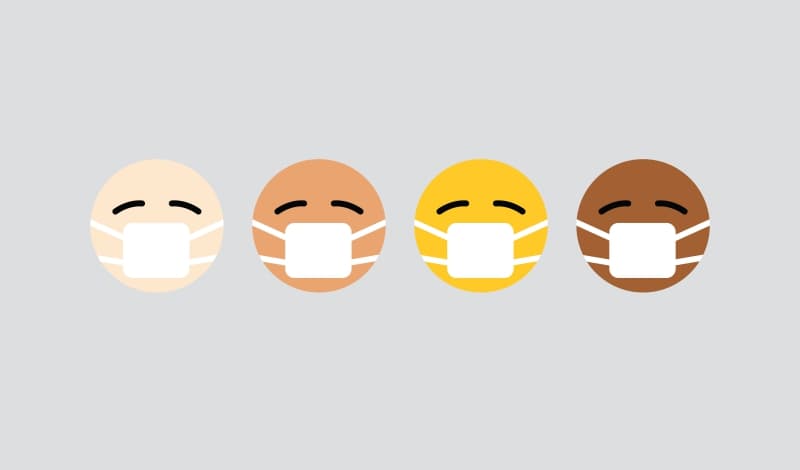 Conversations about race are never easy, let alone with our parents.

There also needs to be a conversation in the Asian community in America. We have our own set of privileges, problematic history, and a very real fight for centuries against racial violence and the model minority myth. Unfortunately, based on my own experience and my close friends’, Asian parents rarely talk about race with their children and shy away from discussing racism altogether. When it is brought up, comments regularly use negative stereotypes enforced by media and ignorance. That needs to change.

That change can start most powerfully with our families and friends. The coronavirus pandemic increased discussions on the blatant, rising violent incidents of discrimination against Asians globally. More recently, we are now having important national conversations surrounding Black Lives Matter, police brutality, and the tragedies of George Floyd, Breonna Taylor, Ahmaud Arbery and the many unnamed more. Focusing on and educating ourselves on issues affecting the Black community uplifts us all and makes us better allies and advocates for the Black community and other POC. It is our responsibility.

By our, yes I’m talking to you as a millennial or Gen Z, anyone between ages 15 and 40. We need to be talking to our immigrant Asian parents about race, starting now. Many never learned United States history and have internalized anti-blackness and the model minority myth.

The whole model minority narrative was made to divide the Asian American and Black communities by promoting this myth that non-white Americans can succeed and overcome racism by striving for success.

Start those conversations by simply asking, “What do you think of everything going on right now?”

Beginning with that open-ended question, my own conversation with my parents still was difficult and frustrating. But instead of starting with fighting words, asking them questions to hear their perspective allowed us to feel like it was a conversation and gave me a chance to learn what they have been through as well. I could then more comfortably dive into what I felt were areas we had different experiences and perspectives on.

The content of these discussions is up to you and honestly your mental and emotional bandwidth at the moment. I discussed colorism, police brutality, the broken prison system, and the protests. I learned from my parents that the police in Taiwan also systematically discriminated against the indigenous people. I learned that the police in Taiwan is very centralized and undergo 1 year of training versus America’s less than 6 months. I shared my childhood memories of relatives making comments about my skin being “too dark” and my knowledge about the beauty industry’s rampant discrimination.

There were several points of contention. At one point, my mother and I were fighting about the reason why the modeling industry was very white-washed. At another point, we were fighting about whether the Asian preference for lighter skin was rooted in racism or “health.” At yet another point, we were in a heated discussion about why corporate leadership in tech companies is mostly white. But there is no growth without these difficult moments.

I have seen many of you grow in your collective rage and calls for solidarity with the Black Lives Matter movement. This momentum, our fire, and our work are only getting started. The fight against racism has no end. We can spark this in others by having a very important conversation about anti-blackness.

We must do serious self-reflection as a community. One of the police officers Tou Thao who stood by as George Floyd died is Asian American. White people have long used us as pawns to pit against the black community. The whole model minority narrative was made to divide the Asian American and Black communities by promoting this myth that non-white Americans can succeed and overcome racism by striving for success. The only benefit is to the white privileged system of power structures putting white people at the top. And furthermore, the lasting interracial tensions are often exploited.

Many of the conversations among our parents, relatives, and their friends are siloed to apps such as WeChat and WhatsApp, which do not get exposure to the same information we do. They become at best echo chambers and at worst breeding grounds for conspiracy theories. I know it is easy to brush aside these dinner table conversations but deeply rooted beliefs require confrontation.

Here are some things to talk about:

Know that Asian Americans rallied in solidarity with the Black community during the civil rights movement, most notably in the Third World Liberation Front in 1968. Asian American history is often erased, but my generation has been bringing a refreshing, necessary consciousness to the many issues that plague our community.

What should you do after these conversations? Watch movies and TV shows and read books to educate yourselves more on race and your own privilege together. This list of what to read, watch, listen to, and follow can get you started.