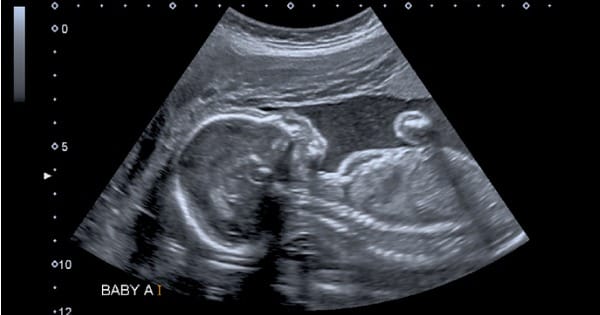 *Author’s Note: I wrote this column five weeks ago but delayed the publication until now.

They say it comes in waves. What “it” is, I’m not exactly sure, but I know it came crashing down, hard and heavy, on the Cranor family last week.

It started with the flu. My wife, Mallory, is a trooper. A solider. A former collegiate pole-vaulter for goodness sake! She’s the sort of gal you want on your team no matter the game. Beauty. Brawns. Brains. Mal has all the “B’s” covered.

So when she went down last week — like out-on-the-sofa-by-seven-at-night, barely-able-to-keep-her-eyes-open “down” — I knew something was up. Turns out, it was the flu.

Thirty years and my tough-as-nails wife had never contracted the flu, and then wham, she had it. To make matters worse, she was also eight weeks pregnant.

To make matters even worse, eight weeks is like a really, really critical time for fetal development. It’s actually right when an embryo turns into a fetus. When a bunch of the important stuff starts forming: internal organs, intestines, fingers and toes.

So there we were, worried sick about what a high fever and flu symptoms would do to our little bun in the oven. Would it get too hot in there? What about food, or lack thereof? Mal didn’t feel much like eating.

Luckily, help was on the way. Mal’s parents swooped in, taking our toddler Emmy out of the flu-infested house for two straight nights, time enough for the fever to break, and when we got our daughter back, Mal was feeling much better.

But then Emmy started coughing. Like coughing so much she couldn’t sleep. Every time she’d lie down it sounded like a dog barking out across the baby monitor. The next morning we were back at the doctor’s office and the diagnosis wasn’t what we were expecting:

Armed with an antibiotic, some child-grade cough medicine, and a whole bunch of hope, we ventured back to our house to battle this new sickness. Somewhere during that same week, a dear friend of mine’s wife passed, and I got news my novel had been rejected by its first NYC publishing house.

By Sunday, man, the Cranors were feeling pretty low.

On Monday Mal was scheduled to have her nine-weeks ultrasound. And thankfully, Emmy’s cough was getting better. So we shipped her back to “RahRah and Poo’s,” and Mommy and Daddy headed off to see the doctor. Again.

Mal was still feeling a little sick. With her being pregnant, the mornings are always the toughest when it comes to nausea and fatigue. Still, we trudged on, neither of us saying what we were both thinking. One nasty, little word. A sadness that had befallen our young family twice in the last four months:

That was why the flu was so scary. Why we’d battened down the hatches and made sure Mal was eating and drinking as much as she could, even though her insides were screaming. There was a baby in there — this new life that had made it farther along than the two that we’d lost before it — and it was hungry. So Mal ate despite the pain.

It was raining when we made it to the doctor. I let Mal off at the door. In the lobby, I held her hand. When we went back to our room and the lights went out and the ultrasound monitor came on, I didn’t let go.

I held on for dear life, and then there it was:

A tiny fetus with an oversized, alien head. Two little T-Rex arms that were moving, maybe waving back at us. And then came the best part, the steady thrum of a heartbeat’s rhythm, 171 thumps per minute, perfectly healthy for that stage of the game.

And in that moment, as I held my wife’s hand and three hearts beat together as one, all the previous week’s worries were finally washed away.