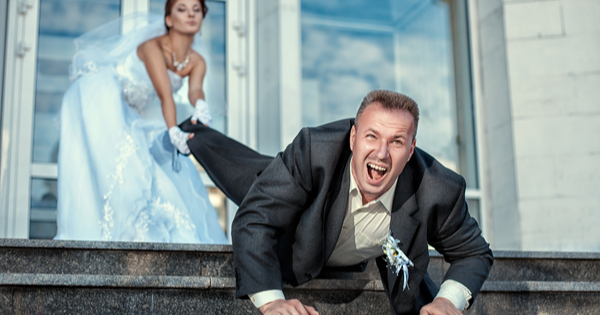 One of Nigeria’s most respected and eminent men of God, Bishop Francis Wale Oke, once said; “Nobody must be the reason why you fail in life.” It has been spiritually and psychologically ascertained that when a man fails in life, his friends and associates are the first set of suspects. One of the marks of great leaders is the ability to surround themselves with very competent people. An authentic companion and associate must be willing to ‘hurt’ you with the truth but never comfort you with a lie.

Kevin Eiken Berry said, “Look carefully at the closest association in your life, for that is the direction you are heading” John C. Maxwell captured it better and succinctly by saying, “Your network determines your net worth.” One of the infamous Roman emperor and the last emperor of Rome, Emperor Nero, blundered his way to oblivion by surrounding himself with people and advisers that were not in harmony with people’s hopes and aspirations. Ancient sources confirmed that when the young emperor surrounded himself with Rome’s brightest minds to include the great philosopher Seneca, the result was five years of exemplary government, but the moment he chose a wrong detour in bringing in intellectual invalids, his empire fell like a pack of cards. A pathetic summary of the emperor’s reign reads: “Nero, the emperor that fiddled while Rome burned!” Our company will ultimately determine what accompanies us in life.

Not everyone you lose is a loss! Trying to keep people in your life when they have overstayed their season of relevance in your life can be seriously inimical to your growth. There are some sets of people you must avoid planning your future with. No matter how seemingly important they are, they will eventually bankrupt your future.

#1 NEVER PLAN YOUR FUTURE WITH SHALLOW-MINDED PEOPLE: Life is deep and simple, and that is why we must never plan our future with shallow and complicated people. Eleanor Roosevelt once said, “Great minds discuss ideas; average minds discuss events; small minds discuss people”. You can’t have deep conversations with shallow-minded people. Shallow minded people are unable to see beyond their nose! Never plan your future with people who can’t see with anything other than their eyes. Don’t say deep things to shallow people and don’t talk about shallow things with the deep people. The price of shallow conversations may be a corresponding loss of capacity for deep thinking.

#2 NEVER PLAN YOUR FUTURE WITH AN INSECURE PERSON: The greatest threat to your future is an insecure companion. An insecure person will always short-circuit your growth and advancement simply because they are threatened by it. An insecure person will always ruin other people’s happiness just because he can’t find his own. Baylor Barbee said, “Relationships fail because people take their own insecurities and try and twist them into their partner’s flaws.” Insecure people would always put an unhealthy demand for you. Their unhealthy demand for excessive validation and attention can cripple you emotionally. Insecurity would make your partner compete with you, instead of complimenting you.

#3 NEVER PLAN YOUR FUTURE WITH PEOPLE THAT ALWAYS FIND FAULTS IN YOU: You would definitely need sincere feedbacks from people, but not from people with keen eyes for faults and are psychologically blinded to the ‘goods’ in others. Spend more of your time with people that help you find solutions and remedies to problems, not faults.

#5 NEVER PLAN YOUR FUTURE WITH PEOPLE THAT DON’T HAVE INNER DRIVE:  Life is not about what you drive, but what drives you. What drives people matters. When you plan your future with people that lack inner drive, they will bankrupt you in your journey of destiny fulfillment. The world is moving so fast that it is only people that are driven from within that can catch up. When a man is driven by values, things of value will ultimately come to him.

#6 NEVER PLAN A FUTURE WITH SOME THAT CANNOT PICTURE THE FUTURE: You can’t feature in a future that you can’t picture! There are some people that are just unable to conceive or picture the future you are planning with them. Many dreams have been stifled and many latent potential have been perpetually buried just because some people planned their lives with people that lacked the ‘big picture’ view.

#7 NEVER PLAN YOUR FUTURE WITH PEOPLE THAT CAN’T TELL YOU THE TRUTH: Great people surround themselves, not only with people that say what they want to hear, but with people that say what they ought to hear. To finish strong in life, you will need people that can always give you sincere feedback even when it is hurtful. Andy Stanley said, “Leaders who don’t listen will eventually be surrounded by people who have nothing to say.”

#10 NEVER PLAN YOUR FUTURE WITH PEOPLE THAT CAN’T SEE YOUR WORTH: Your value does not decrease based on someone’s inability to see your worth. Try spending more time around people that affirm your worth and help you nurture your potentials. I have often said that when you learn how much you are worth, you will stop giving people discounts. Tim Fargo, “If you want to improve your self-worth, stop giving other people the calculator.” In order to avoid emotional trauma before they happen, we must constantly detoxify ourselves from four categories of people. Eliminate anyone who constantly lies to you, disrespects you, uses you, and puts you down.

Don’t go into the future with a ‘liability’. Go into the future with people that will add value to you and increase your worth. You will need people that believe in you; people that invest in your dreams and goals. People that will bring the best and not the stress out of you. Mark Twain once said, “Keep away from people who try to belittle your ambitions. Small people always do that, but the really great make you feel that you, too, can become great. When you are seeking to bring big plans to fruition, it is important with whom you regularly associate. Hang out with friends who are like-minded and who are also designing purpose-filled lives. Similarly, be that kind of a friend for your friends.”

Facebook75TweetPin2Email1Shares78
wpDiscuz
Share this ArticleLike this article? Email it to a friend!
Email sent!