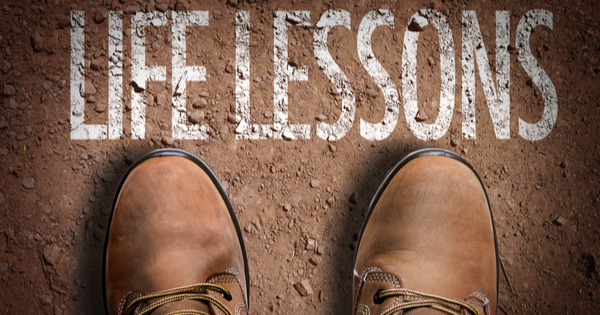 Cool Hand Luke is my favorite movie of all time. Maybe it’s Paul Newman’s ice-water blue eyes. Maybe it’s Dragline’s devotion. Maybe it’s that car-wash scene. You know the one. Regardless, Cool Hand Luke has long sat at the top of my list, and lately, it’s been particularly resonate.

No, I haven’t been sentenced to a Louisiana chain gang like Lucas “Luke” Jackson, or sent to the hot box, or gone up against Dragline in a bare-knuckle boxing match—I’ve just been trying to make it.

Over the last year or so, I’ve written intermittently about trying to “make it” as a novelist. That road has had its ups and downs, none more so than the last few peaks and valleys I’ve traversed.

I’ll spare you the gory details, but I want to be clear—in order to “make it” as a novelist, you have to be able to stomach rejection, just like Luke stomached fifty hard-boiled eggs.

If you’re not familiar with the movie, Luke tells Dragline he can eat fifty eggs. Shortly thereafter, Dragline takes bets from the other inmates, most all of them doubting Luke can actually pull it off, and well, the movie isn’t called Cool Hand Luke for nothing.

Luke eats the eggs, and Dragline rakes in the dough.

For me, this scene has always been a testament to perseverance. It’s not the only scene of this nature in the movie. There’s also Luke fighting Dragline at the beginning; Luke going to the hot box, again and again; and finally, there’s Luke’s unyielding attitude, the way he just won’t let the Warden get him, not even in the end.

I’ve probably watched this film at least twenty times, and every time Luke makes it to that abandoned church, every time Dragline follows him — for no apparent reason, other than his faith in his friend — I lose it.

Maybe it resonates so strongly with me because Lucas Jackson is simply a man that will not conform. In the beginning, he’s only sentenced to two years, but every time they try and push him, he doesn’t bend.

Trying to “make it” in any endeavor — be it writing, professional sports, the music industry — requires the same sort of stubbornness Luke displays throughout the film. Strangely enough, it’s Luke’s own fire that gets him in the end.

Maybe that’s why so many of our greatest artists burn out so fast: Sylvia Plath, Jimi Hendrix, Janis Joplin, Kurt Cobain, Ernest Hemingway, Flannery O’Connor, to name just a few. Some of these, of course, went by the way of their own hand, but one can only wonder what sort of “systems” they were up against in their chosen fields. What sort of “Wardens” were they facing? How long did they endure the “hot box?”

I’m a long way from knowing the pain of Lucas Jackson, or any of the artists mentioned above, but it’s still there. We’re all imprisoned in some form or fashion. Some of us are chained to the desk, others to a dream. The secret, though — or at least from what I can gather from watching Paul Newman climb out of that hot box again and again — is maintaining a certain type of cool confidence, a steady fire. You can get knocked down, you just can’t stay down, even if they’ve got you surrounded.