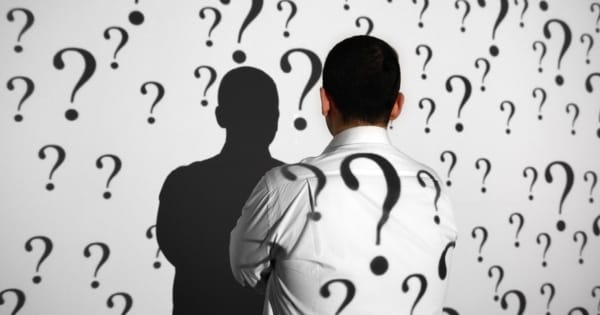 On a day which we are faced with someone who decided to take a gun and shoot politicians, and appears to target politicians, I am reminded of several things.

The first thing is the rhetoric.

I do believe in personal responsibility and choices are made by individuals.

But I also believe leaders lead with words.

And if our elected leaders treat their words as if we will not remember them forever.

And if our elected leaders treat each other as if they are truly enemies.

And if our elected leaders treat each other as if the opposite’s behavior is unfathomable behavior for sane, moral people.

And if our elected officials treat each other with verbal hyperbole as the standard rhetoric discourse … and the highest of the elected leaders, the president, tosses out the word ‘unity’ on occasion but 99% of the time does nothing verbally or behavior-wise to unite … well … the electors will be tempted to do as leaders do.

We need to calm our rhetoric. We need to remind ourselves what we teach our children — that you don’t always get what you want and that most progress is made in a mutual effort.

We all need to be speaking more calmly and acting more civilly, but we should be demanding our elected leaders do so. I get angry with how they act and what they say because it suggests to people that is a behavior we should all embrace — and it is not. Stop, and stop it now.

The second thing I am reminded of is one of the best speeches President Obama ever made.

To share my thoughts I will borrow liberally from a NY Times article written by Helene Cooper and Jeff Zelenyjan. The article was Obama Calls for a New Era of Civility in U.S. Politics and it shares the speech Obama gave on January 12th, 2011 in Tucson after the shooting of a US Congresswoman and the deaths of 6 other people.

Apparently, Obama wrote much of the speech himself the day before. I suggest everyone read the speech, but today I will share highlights because it is a nice reminder on a day on which we need some reminders.

President Obama offered the nation’s condolences to the victims of the shootings, calling on Americans to draw a lesson from the lives of the fallen and the actions of the heroes and to usher in a new era of civility in their honor. Obama directly confronted the political debate that erupted after the rampage, urging people of all beliefs not to use the tragedy to turn on one another. He did not cast blame on Republicans or Democrats, but asked people to “sharpen our instincts for empathy.”

It was one of the more powerful presentations of words & thoughts I have ever heard urging Americans “to expand our moral imaginations, to listen to each other more carefully” and to “remind ourselves of all the ways that our hopes and dreams are bound together.”

“At a time when our discourse has become so sharply polarized, at a time when we are far too eager to lay the blame for all that ails the world at the feet of those who think differently than we do,” he said, “it’s important for us to pause for a moment and make sure that we are talking with each other in a way that heals, not a way that wounds.”

He eulogizing the six people who died and asked for prayers for the wounded, including Representative Gabrielle Giffords, who the authorities said was the target of an assassination attempt.

He warned against “simple explanations” and spoke of the unknowability of the thoughts that “lurked in the inner recesses of a violent man’s mind.”

He suggested that the events should force individuals to look inward, but also that they should prompt a collective response against reflexive ideological and social conflict.

While the tone and content were distinctly nonpolitical, there were clear political ramifications to the speech, giving Mr. Obama a chance, for an evening at least, to try to occupy a space outside of partisanship or agenda:

“If this tragedy prompts reflection and debate, as it should, let’s make sure it’s worthy of those we have lost,” Mr. Obama said. “Let’s make sure it’s not on the usual plane of politics and point-scoring and pettiness that drifts away with the next news cycle.”

“If, as has been discussed in recent days, their deaths help usher in more civility in our public discourse,” Mr. Obama said, “let us remember that it is not because a simple lack of civility caused this tragedy — it did not — but rather because only a more civil and honest public discourse can help us face up to our challenges as a nation, in a way that would make them proud.”

No, I do not believe we will learn anything from today’s event but maybe, just maybe, we can start talking to each other like we don’t want to shoot the other person if given an opportunity. That is a good start.

This post previously published on Enlightened Conflict and is republished with the permission of the author.

After 20 years in advertising, I've heard stories from everyday people of all ages from all corners of the universe. How people think and what they do are the greatest stories one can ever tell. I speak as a pragmatic optimist with an eye toward business.