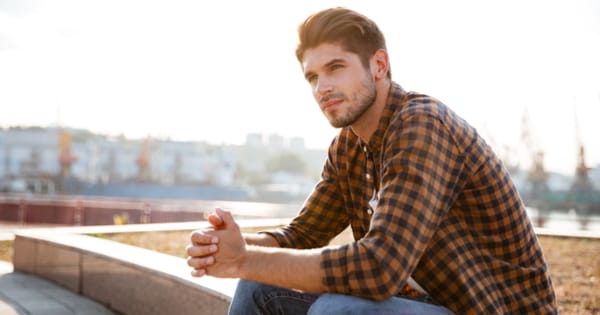 When I was 18 years old I had my brain mapped.

It was the summer after my freshman year of college. I was somewhat beaten down after a rough transition to the autonomous mode of collegiate study. Focus and attention had always been a challenge for me, but I had generally been bright enough to get by. Failing calculus in my first semester was a massive recalibration. For the first time in my life, I had fallen behind and was struggling to catch up.

My parents paid for a math tutor, I went to extra help, but ultimately my scholarship grew increasingly more ephemeral.

My mother’s friend was a Counselor who employed the use of neurofeedback, a therapy where the recipient receives biofeedback illustrating and (hopefully) improving brain activity. I didn’t love the idea of having my brain mapped or changed. It seemed like a biological rewiring which would fundamentally change who I was. With no real collegiate focus or passion outside of a general desire to be somebody, my extraverted (read: attention seeking) personality felt like the entire essence of who I was. Possibly having it changed seemed catastrophic.

When the results came in, a kind doctor sat with us in our kitchen and said I showed possible indicators of ADHD, which explained a lot. My constant distraction, my need for stimulation, and, even as I write this, knees that bounce up and down madly whenever I need to focus. That heat map showing centers of activity and dormancy in my brain made it clear neurofeedback could only help me. My fear of catastrophic personality change was outweighed by my fear of flunking out of college.

The resistance I had to neurofeedback was not unlike the resistance I felt when I started meditating over a decade later. For years I had been hearing people tout its benefits and I could ignore it no longer. I couldn’t believe the same incessant motor within me that pre-resisted neurofeedback would allow me to sit still through even a few minutes of meditation. The activity that promised to help me gain control of my mind required I sit and focus on controlling my mind.

I recently recommitted to meditation, this time, with the aid of an app. I am not good at meditation. I know being “good” is not the point, but I believe it is important to note it has not been an instant fix for me. I work hard at it. I do it regularly. But I do not emerge from meditation feeling embraced by a zen cloud. Meditating for me feels like locking a cracked out howler monkey in a closet full of tambourines.

I can isolate the noise, but it doesn’t go away. For now, it is only dulled. Which is at least better than having it compete with everything else in my life.

I’ve been meditating for long enough to know even letting that monkey have a 20-minute solo is better than nothing at all. If I don’t do it first thing in the morning my mind becomes hyperkinetic to a point where it does not want to slow down. Stopping any activity to sit with my eyes closed for 20 minutes is very difficult for me. I resist starting. I am distracted during. Still, I value its importance… which does not make it any easier.

The resistance is always present. The reticence always close at hand. I no longer fear being changed; I desire it. But this cantankerous stubbornness constantly manifests itself with new endeavors. Recently it has me going back and forth on whether or not to read popular books I do not trust or believe, but cannot commit to reading for myself.

I resist these books because I fear I will end up agreeing with them, align myself with some sort of dogma, lose my ability to read critically or form my own opinions. It is exhausting to be resistant to the very thinking that causes my own mental resistance.

Everything is noise while the howler gets his tambourine on.

The books will perhaps, one day, get read. Meditation carries on. As for neurofeedback? While I needed it, there were too many extenuating circumstances (being on focus inhibiting allergy medication for one) which prohibited me from seeing its benefits.

I did learn something interesting about the chaos inside my own head. While my brain has its own desired default BPM, it never was or will be the defining characteristic of who I am, nor is it permanent.

The pattern is clear though. A desire for change but a resistance to the methods. The force is applied in all directions. There is always a gauntlet. I can avoid or ignore but the only way past is through.