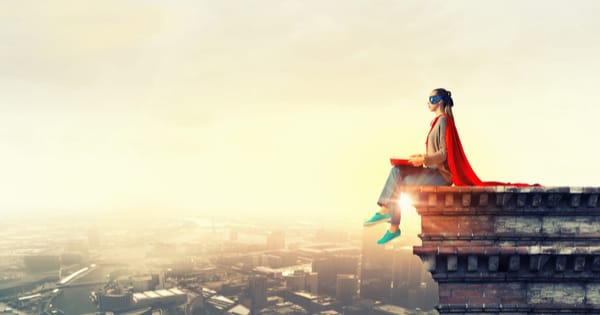 I have a daughter, she is my princess she always will be. However, I don’t want her to be the kind of princess you find in fairy tales. The kind of woman who is completely inept at doing anything and will need a man to rescue her. I want her to fight the monsters under the bed and be the kind of girl who will ride to war on dragon back, just because.

In a world where even now the feminine is seen as the lesser or weaker how can I convince her that she can?

An Englishman, an Irish man, and a..

Is an Irish joke racist? You know the kind you may have been raised on as a child. They usually start with ‘There was an English man, a Scottish man, and an Irish man… and usually, finish on some quip indicating that the Irish fellow is stupid.

Some of you may think not. The person telling the joke may not even realize that he was applying an unfounded stereotype to a whole race of people. I’m even more certain that he wouldn’t declare himself a racist or a bigot, he was just chasing a bit of fun and there was no real harm done right?

Well for the most part that may be right. (apart from the poor person whose feelings may have been hurt) Yet if someone’s belief or view on a group of people becomes changed, and thus they start to interact with that group differently based on that preconception then, yes harm could be done.

Admittedly a person’s ideas on a group of people wouldn’t be affected drastically by one single joke. If however, someone was experiencing negative tones from various people, cast from various angles then I think it would be difficult not to be influenced to some extent.

So now imagine if instead of just one race of people we applied this theory to approximately half of the world’s inhabitants. Females. Where we go much beyond just jokes about things like parking etc. But imply there is a disparity between the sexes which only seem to favour the attributes of one.

Nothing major but just an insistent undertone. For instance, anything that implies a male would be more able to complete a task to a higher standard just because he is male discounting any prior experience or skill set. Little phrases, ‘needing a man about the house’ when referring to DIY. Jokes about all those ditsy girls and ‘Pesky women drivers’. The list goes on even if it is made up small seemingly inconsequential things.

Well, it’s one such joke that I heard that inspired this post. It really wasn’t that great so I won’t repeat it, but it left me feeling uneasy that the context that a girl was stupid was assumed without needing any back story.

It doesn’t take a great leap to see that this ongoing drone could and has affected the thoughts surrounding females. I’m well aware that there are strong minded females out there who pay no heed to this pish. I hope my daughter grows into one herself actually.

I want her to be a strong independent woman so much so that I have actually decided to try and show her some of the great things women can do. As well as some of the great historical figures that I admire who also happened to of been ladies.

Absolutely, most definitely NOT A FEMINIST!

I’ve listed a few below but I’d like to take a moment just to clarify that I am not a feminist in the internet sense of the word. I am not trying to portray to my daughter Loopsy that she is better than a boy. Nor that she is able to achieve something despite being a female. (That would be hazardous to my health even at her age)

But I want to be able to demonstrate to her that people are capable of pretty much anything. Regardless of what may or may not be between there legs. Which is why strong female role models are of importance.

My hero’s (who happen to be ladies)

The longest reigning monarch of the greatest empire the world has ever seen, need I say more?

From the Iceni tribe, this lady was the Britons defense against the advance of the inevitable Roman army.

This lady’s name goes hand in hand with radioactivity. Whether you take energy production, warfare or healthcare into consideration it is impossible to deny that she helped to shape the world we live in.

This extremely gifted mathematician was the first person to be recognized as a computer programmer.

The first woman to earn a doctorate degree in central and east Africa. Which was then massively overshadowed when she became the first black African Woman to earn a Nobel Prize. The prize was awarded for her contribution to building a sustainable environment, peace, and democracy.

If you would like to read more about the fantastic women who have helped shape history this list is excellent.

Is chivalry about to be killed?

We have had conversations with the girls to try and gauge their thoughts on the topic. That alone is quite difficult with a seven and nine-year-old. When ‘can we go to the park?’ is apparently a valid response to any number of questions. But I am happy to report that mostly the notion that people could be different for any reason is bizarre to them.

I will, however, keep subliminally encouraging the thought that anything other than that is untrue and not to be tolerated. I just hope that I don’t go too far and create some kind of monster who will give some poor lad (or lady) an ear full for holding a door open.

How would you instill a sense of self-worth in your child? Let me know below it should be interesting.~MG