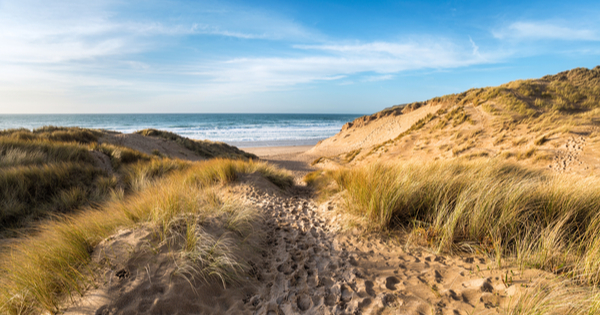 There is no easy, linear path to growth or change. It’s really important to know this.

Unfortunately, we’re not usually told the truth about that. In fact, I don’t think we ever are, and that’s a shame. Because that leads us not only to believing a lie, but also beating ourselves up about not being able to live up to some expectation we have in our heads about growth and change that’s not even based in reality.

So I’m gonna break it down in this post.

So, often what I see in the work that I do, is people struggling with the messy middle. The point in time where people have made a decision, they’ve made some changes, and things get a little messy and stressful. They’re not yet where they want to be, but, they’re not the same as when they started.

And it’s tough. It’s stressful, it’s icky. And the pressure we put on ourselves at this point makes it even harder. We get tripped up in the idea that the changes we make are supposed to quickly make our lives better.

THIS is the part I want to highlight: change is tough enough as it is; we make it even harder on ourselves when we get stuck in thinking we’re wrong, deficient, or weak because those changes didn’t lead to clear, easy results.

Sarah A. Gilbert, LCSW is the founder of Transitions Therapy, LLC; a private practice in Manchester CT. In her practice, she specializes in serving the transgender community and the people who love them. With an approach rooted in curiosity and inquiry, Sarah helps people to author their identities. Through her professional and personal development work, she has a passionate inquisitiveness about the ways in which people navigate transformations.