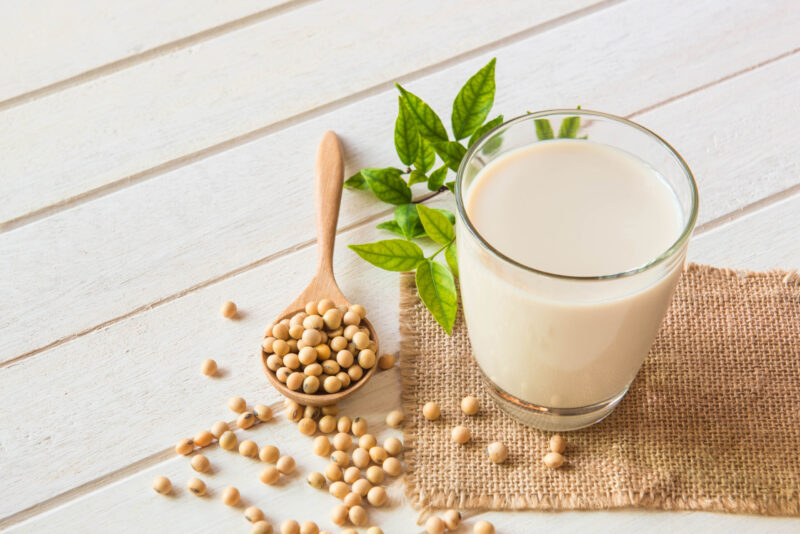 Please Note: This is a paid article that is presented for informational purposes only and is not meant to diagnose or treat any illness. If you have any health concern, see a licensed healthcare professional in person. This article does not constitute an endorsement or approval of this product or any claim, statement or opinion used in promotion of this product.

April is national soy month, and soy lovers worldwide are celebrating by adding soy to their food and drinks alike. Reading through Herbalife reviews shows that people who consume Herbalife Nutrition products love to include soy in their food and drink. However several myths and lack of popularity have led to many wondering if soy is right for them.

Most of us do not take the time to think too much about what we eat, other than assessing its nutrient information (and few of us even really do that). However, soy is different. With so many false rumors spread about the versatile little bean, it is easy to see why soy hasn’t taken off in popularity like many other plant-based proteins. But as vegetarian and vegan lifestyles become more mainstream, soy has once again come to the forefront of conversations about food and nutrition. Additionally, more sports and nutrition-oriented companies, like Herbalife Nutrition, have begun to include soy in their product offerings.

Protein is usually a primary ingredient offering by nutritional supplement companies. It promotes feelings of fullness, improves energy, repairs muscle, and promotes better workouts. Soy is also one of the biggest contenders for plant-based protein supplements on the market, but many companies steer away from it as a primary source in their protein mixes. Herbalife Nutrition is focused on new and nutritious protein alternatives – including alternatives that include soy.

The Perks Of Soy

Fans of healthy food in the United States and Europe have raved about soy since the 1960s, but only over the past 10 to 12 years has it started to make its way to America’s dinner tables. This is unfortunate, as soybeans are rich in magnesium, B vitamins, potassium, and fiber, among other nutrients. Adding soybeans to American dinner plates would mean Americans get more of these nutrients which are commonly lacking from their bodies. Vegetarians particularly benefit from soy, as it is one of the few whole vegetable protein sources from which vegetarians and vegans can get their essential nine amino acids.

Studies vary concerning whether a diet rich in soy ingredients can lower cholesterol. However, it can help people make heart-healthy food choices when used as an alternative to cholesterol-containing meat. It has been definitively shown that soy lowers the risk of G.I. tract cancers and colon cancers. As well as preventing cancer, the heart-healthy proteins found in soy foods keep consumers fuller longer, which can help curb appetites and improve energy.

Putting mythical health risks and factual health perks aside, soy is now a serious contender in plant-based protein competitors regarding food-related climate change. Meat and dairy farming’s impact on the planet is undeniable. Soy uses considerably less land than dairy or meat farming, has fewer harmful byproducts, and even uses less water than other plant milk alternatives. Therefore, eating soy might be good for the body and the planet.

Who Eats Soy: The Origins Of The Soybean

Soybeans are a protein-rich legume native to Eastern Asia. They have long been used as a vegetable to compliment main East-Asian dishes, such as sushi and sashimi. With a rich, buttery, but also highly green flavor, soybeans are a delicious whole food. However, the bean is hugely diverse and has been processed for centuries to make delicacies such as tofu, soymilk, and soy curd. Fermented soybean curd, otherwise known as tofu, was once an uncommon side for anyone outside of Eastern cooking. Now, it is one of the primary mass-marketed protein sources for vegetarians and vegans.

It took a while for soybeans and their processed products to gain popularity in Western (primarily European) countries. There are few alternatives to soy in European cuisine, and its unfamiliarity worked in tandem with its unpopularity. But once people spread the good news about soy, people started to get creative with it. Soymilk was one of the first widely available plant kinds of milk available. It paved the way for nut milk. But even with the rise of nut milk popularity, there were still things that soy could do that nuts like almonds and coconuts could not do – like create convincing meat alternatives.

Despite soy’s versatility and history, it still does not have a prominent place on people’s dinner tables in western countries. That is mainly due to common misunderstandings about soy consumption.

Myths about soy are unfortunately popular. The most persistent ones have to do with health, particularly the reproductive health of young men. Fortunately, all predominant health concerns about soy have been disproven and were primarily due to a lack of knowledge surrounding estrogen in the body.

Myth: soy significantly alters testosterone levels in men. This rumor likely arose due to concerns about phytoestrogens present in soy. Phytoestrogens are plant-based estrogens. While some studies correlate a link between estrogen of animal origin and breast and reproductive cancers, there have been no substantiated studies that link phytoestrogens to any form of cancer.

Myth: soy increases the likelihood of prostate cancer in men. This claim, too, is linked to fear about estrogen levels in the male body. There are no substantiated scientific links to soy causing prostate cancer, and in many cases, it’s been thought that soy’s antioxidants might even play a role in preventing it.

Myth: soy increases the risk of breast cancer in women. Higher estrogen levels have been definitively linked to breast cancer in women, as well as uterine and reproductive cancers in all genders. However, in these studies, the amount of estrogen found in the bodies of women with cancer was linked to internal estrogen production or the body’s inability to break down excess estrogen.

Myth: soy lowers fertility levels. To date, there is one study that has examined a possible link between male infertility and soy consumption. That study has been largely dismissed as it was too small a study group with too many influencing factors. That study aside, soy has been a massive part of East Asian food, and there has been no link to lower fertility rates in East Asians.

Despite the myths and controversies, it is easy to like soy when you know what you are biting into. Herbalife reviews and popular products have certainly shown that.

When processed correctly, soy can take on a chewy, meaty texture, which is why it has been a staple among vegetarians. It easily takes the place of light meats such as chicken and pork in meat-based pasta and rice dishes. Tofu and tempeh tend to take on the flavors of the sauces and marinades they are soaked, which means it is easy to pack them full of flavor. When processed into silken tofu or soft tofu, it can be used in place of ricotta cheeses and other light, curded cheeses. Plant protein businesses can also process soy into milk alternatives without too strong a flavor, making it ideal for those who like dairy milk but who might be lactose intolerant.

However, there are several other reasons why people enjoy soy.

Surprisingly, people still do not incorporate it into their regular diets in countries like the U.S. and Canada, despite its versatility, sustainability, and health benefits. For this reason, nutritional supplement providers, like Herbalife Nutrition, have been incorporating soy into their product lineup for vegetarians and omnivores alike.

Herbalife Nutrition’s product lineup contains many soy-rich products aimed at including more soy in their life.

As a nutritional supplement leader, Herbalife Nutrition has always been focused on bringing healthy and tasty options to its customers. Including soy in its lineup of tasty and healthy products makes sense. Soy provides a healthy protein alternative that caters to a broader range of customers, including vegetarians and vegans. Additionally, as a company committed to sustainability and connectivity with its farmers, soy crops help Herbalife Nutrition uphold its commitment to improving food ethics. All their current soy-based offerings have some of the highest ratings among any product they offer, so their shakes and snacks are part of a commitment to more sustainable living in all aspects.

Soy was a groundbreaking food in the Western wellness community with its vast array of uses. Before that, it was a staple of the Eastern Asian diet. While new health foods become popular, soy isn’t going away – and it will likely always be a forerunner for health fanatics. 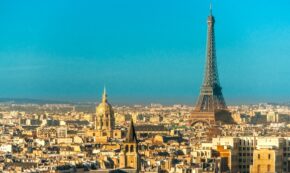