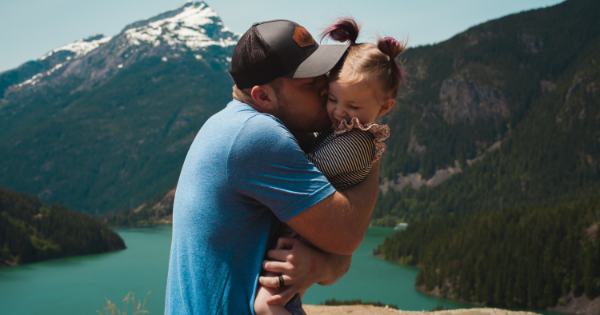 In a world where feminism is not just a nice thing to consider, but something that is no longer optional, it’s now more important than ever for fathers to begin setting the precedent for their daughters.

I was lucky, and I honestly think my situation was all a little by accident. Born in the late 70’s, I came 6 and 7 years after my brother and sister, and I was the go-getter of the family. Out of the gate, I was independent and stubborn. Having mellowed out by the time I came along, my dad did nothing to knock any of that down.

It honestly, though, wasn’t about seeing my independence and seeking a way to try to nurture it that set me up for a successful future. The secret to how my father raised me was actually pretty straightforward.

I was his child. Not a girl, not a boy, but a child who he took under his wing and taught the ropes.

I was bored at the age of five (because my brother and sister were out on the farm working). So my dad gave me a job. (I was making a whopping $5 a month.) I opened my first savings account and was taught about savings and how delayed gratification could pay off leaps and bounds.

We talked a lot about life and business all while working. (When you spend 2-4 hours every day together milking cows, you end up talking a lot.) He showed me various business opportunities that were coming up for him and explained why he was or wasn’t going to jump on them. He taught me how to think about decisions not just in the short term, but how they might pay off in the long term also.

He taught me about investments. He explained to me how he was investing his money, and why he selected certain products for his money. Many called my dad cheap, but his diligence and determination in saving has created a pretty incredible scenario from basic means in small-town Wisconsin.

I knew more about investments, savings, and business in high school, than most do during their entire lifetime.

And through it all, he never made me feel that because I was a girl, I should expect less, or should settle.

I inherited his math skills and was encouraged to go to college to study Computer Science (eventually turning into a degree in Management Information Systems).  He pushed me to play sports against the boys, to show any doubters that I was just as good, or in some cases, better. He taught me to speak my mind and to stand for what I believe in.

Never once did he tell me that because I was a girl I couldn’t do what I set my mind to.

In the workforce, there was never a time when I sat back and thought well I am a woman, so I can’t. Or I am a woman, so I shouldn’t. Has it been a smooth ride? No. Have I lost out on opportunities because I’m a woman? I’m sure I have.

However, I’ve always had the mindset that if I want to do something, I will try it. I will go for it and because of that attitude, I’ve been able to accomplish quite a bit in my 40 years.

As I look at my daughter, who has much better ‘leadership skills’ than I ever had. (I think her first real sentence was ‘I’ll do it myself.’). I look to my husband to make sure he helps me to instill the skills that my father did in me.

That she, as a woman, can get anything she wants, and that it’s not up for some man to come and save her. She can save for herself. That money and finance aren’t ugly words, and that she should embrace them as early on as possible. That she isn’t our daughter and should be treated differently, but she is an equal to her brother.

It’s not about being a boy vs a girl, but about nurturing and growing the gifts they have been given.

It’s about introducing them to what you’re doing in business and finance as early as possible. Teach them responsibility, and feminism isn’t something that has to suddenly be sought or consciously chosen to do, it just is. It’s just the way of life.

And just like I look back with immense gratitude for what I was taught growing up, your daughter will thank you too.

Erin Smith is a serial entrepreneur who has started and sold several businesses and now teaches business owners how to amplify their business through digital marketing and basic business fundamentals.

She is the owner of several businesses, best-selling author, speaker, podcaster, dog rescuer, and mother of 2.

Thank you for writing this! We have tried to raise our daughter (now 4-1/2) with the same values and in a similar manner to how your dad raised you. And it warms me to see the results of that, almost like an instant before and after. Our daughter is independent, curious and extremely verbal. And we talk with her about adult-y things as well as have true age-appropriate playtime. But gender has never been an issue, in fact we protect the naysayers from her because she might get hurt when she grabs the power tools or that she isn’t strong… Read more »