Get Daily Email
Join/Login CLOSE
Home / Politics / Has the Time Come for a World Political Party? 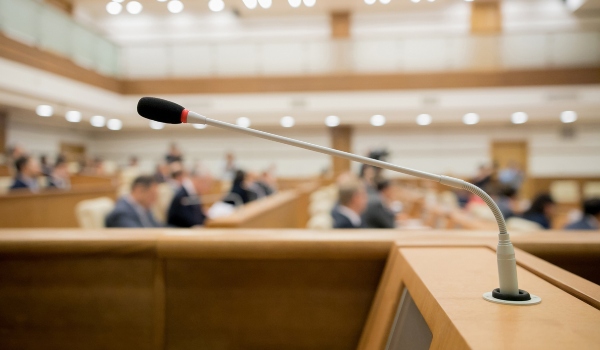 Thanks a lot to Heikki Patomäki for the stimulating proposal for “A World Political Party”.

I am sceptical for a number of reasons but primarily because I do not see a organic connection with anything that is unfolding on the ground.
What I see unfolding is quite different, and I believe our solutions must be in harmony with these more grassroots trends.

My starting point is the conviction that the famous double movement of Karl Polanyi, in which periods of market liberalization creating social chaos, make place for counter-epochs when the market is re-embedded in society under social pressure, is no longer functioning at the national scale.
We are now in the midst of such a Polanyan moment, in which the systemic crisis of 2008, has created a backlash of left and right-wing populisms, which are destabalizing countries, but do not seem capable to bring about any real systemic change at the nation-state level.

The main reason seems to me is that while Nation and State are operating at the national level, Capital is operating directly at the global level, and can destabilize any local/national attempt at reform. There isn’t any real form of internationalism at the level of political movements and institutions, and the left remains deeply embedded in nation-state logics of neo-Keynesianism. The exceptions, Varoufakis’ Diem25 movement, with its pan-European outlook, have not yet proven to have any real traction, and the inter-national sysem of cooperation is not strenghtening, but weakening.

However, in civil society, we see an entirely different situation. Global open source communities are characterized by the exponential growh of the numbers of code and coders; and a significant part of its workers is trans-nationally neo-nomadic, creating entirely different sub-economic systems; there is a tenfold growth of urban commons in the western cities (which I have documented myself in Ghent, Belgium, but is confirmed by various other studies), and their practices are moving from the mere redistribution of products and services, to actual cosmo-local production (shared code, relocalized material production) of energy and organic food. Many of the exploding number of local projects, are actually not local, but transnational in nature: as Enzio Manzini called them, they are ‘Small, Local, Open, Connected’.

For the network of commons and p2p-researchers associated and partnering with the P2P Foundataion, this means a changing focus, from the mere inter-national, to the truly ‘trans-national’. What is happening in the world today is that next to the geographic nations, there is the emergence of true global neo-nomadic ecosystems of cooperation.
So what I believe needs to happen is a change of focus. Of course, the national and the inter-national remain powerful and will do so for the foreseeable future, but at the same time, we need to build trans-national institutions, and strategies.

Elsewhere, we have argued for new models, such as the Partner State, and institutions for public-commons cooperation at the territorial level. But progressive forces should no longer see policy making as only focused on market value, on their own nation-state only, or on international political cooperation, but rather on the transnationalization of infrastructures. For example, right now, cities are coalescing to regulate the negative effects of Uber and AirBnB, but why not create, through city alliances, global open depositories for the ‘generative’ transformation of all bioregional provisioning systems, i.e. supporting the infrastructure for mutualization that is both local, but can benefit from global transnational knowledge sharing. Imaging having access to a global set of tools to develop FairBNB’s and MuniRide’s. Imagine, like it is already happening in France, building Assemblies and Chambers of the Commons, cooperating at a trans-national scale.

So rather than a World Political Party that would continue the paradigm of competitive politics, endlessly fighting on what is the ‘right program’, I would rather see the development of a global Commons Transition Coalition, rooted in actual reconstructive and prefigurative practice, but which can play a political role by representing the new forces of transformation, at the institutional level of inter-nationality. What we need, is a new configuration between the territorial nations, weakening as we speak , with the emerging transnational nations, growing rapidly.

This post was previously published on blog.p2pfoundation.net and is republished here under a Creative Commons license.