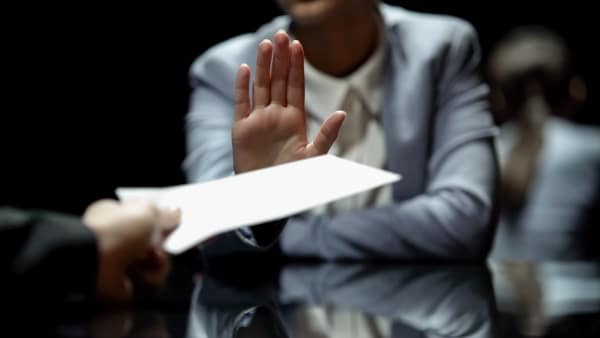 As a country with a high level of Internet penetration, a vibrant online community has sprung up in Singapore over the past few years. Blogs such as The Online Citizen, publichouse.sg and Temasek Review Emeritus have sprung up to counter traditional mainstream media outlets such as The Straits Times and Channel NewsAsia.

After the General Election of 2011 – the first elections in which blogs and social media made a huge impact – the government is now proposing an Internet Code of Conduct to combat issues of anonymity, false rumours and even extremism and terrorism. Government ministers are calling on prominent members of the online community to come forward and create a code of conduct to regulate the Internet.

Most socio-political bloggers, however, have come out against this proposal, asking that the government leave the Internet alone. Many feel that the government’s constant harping on this issue betrays a desire to control Singaporeans’ freedom of expression online just as they do offline.

Ng E-Jay is unconvinced of the logic or feasibility of a Code of Conduct:

How is anyone going to enforce such a code of conduct given the free-wheeling nature of the internet that knows no geographical boundaries? How is any organization supposed to develop a code of conduct that will reflect the overall sentiment of netizens without incurring vast skepticism pertaining to their political neutrality or lack thereof?

And what is the purpose of it all, when there are already adequate laws in place to deal with destructive behaviour like incitement to violence, sedition, sowing racial hatred, defamation, or spreading malicious rumours?

Siew Kum Hong writes that those who want to make their views heard online should also be ready and willing to stand up against any potential onslaught, just like those who have spoken out against the establishment in the past:

Yes, I fundamentally believe that it is better to have more voices speaking up than less. But people have to be willing to stand up for their views — and I have to question the commitment of anyone who thinks that being flamed and criticised is too high a price to pay, and that growing the thick skin that is really just the ante for online participation today is too difficult for them.

Those of us who have stood up and spoken up on views deemed anti-establishment and anti-Government bear our own risks in doing so. Defamation lawsuits, sniping and flaming, cyber-harassment, invasion of privacy, police complaints, possible threats to employment prospects, and yes the Internal Security Act — these threats and risks all come with the territory.

An online code of conduct will do nothing to protect us from those risks. And yet we continue to do what we do. I cannot speak for others, but I have very limited sympathy for those with such thin skins that they shy away from speaking up just because of the risk that they may be flamed. Compared to what some have experienced and undergone, that almost sounds trivial.

Andrew Loh asks the government to leave the online community alone, explaining that there is a lack of trust between the bloggers and the government:

It is woeful that, after 5 decades of this so-called “nation building” mainstream media, Singaporeans feel more disenchanted with it than ever. It can laud itself with all the (in-house) awards it wants, or even win international awards for design and paper quality, the truth is that our mainstream media lacks the kind of top quality journalism a first world country like ours desperately needs.

Yet, Yaacob Ibrahim, like ministers before him, continues to bury his head in the sand and praises the mainstream media to the high heavens.

It just tells me, and everyone else, how woefully inadequate his understanding of public sentiments is.

It is this which makes me reject any intrusion into the online space by the government, no matter how well-intentioned its purpose may be. There is a great distrust of the government among online practitioners.

Elaine Ee believes that the Code of Conduct will not be a solution. Instead, the government should free up the mainstream media:

What we need instead is a new journalistic environment, where the mainstream media are as free to tackle issues and make opinions as new media. Mainstream media needs to be allowed to move with the times, and be released from its public relations role of helping with “nation building” and social cohesion, which should never have been its job in the first place. Even if Mica stubbornly clings to this top-down media model it doesn’t mean readers will, and unless the mainstream media is opened up, new media will always have the edge.

This means both allowing existing mainstream media to cover things more openly and critically as well as allowing more mainstream media channels to emerge that represent different points of view. So we end up with a media landscape where there is space for, say, a range of newspapers that represent a spectrum of views, from conservative to liberal.

It does not seem as if the government is going to give up on its idea of establishing a Code of Conduct despite such resistance from the online community. But if they want it to be a project willingly undertaken by the online community, it seems like they have much more convincing to do.