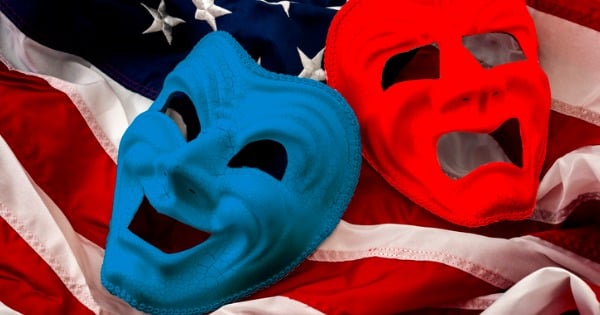 I’ve never been a very political person. Sure, I always vote in presidential elections and I follow politics online, but I feel there are much more important things in my life than what’s going on in the political landscape. That is until today.

(Full disclosure, I’m a Democrat who leans right of Progressive and left of the Independents. I’m someone who fees that the media is left leaning, but not purveyors of “fake news”.)

I was on the Island of Cuba when President Trump was elected and was, well, shocked and deeply saddened when that happened. I don’t agree with most of his politics or his oft-mean-spirited rhetoric, but I accepted he won. I completely understood why he was elected. There was a large group of Americans who felt they were no longer being heard by the people who represented them in D.C. Basically, their lives were less important than they used to be. Donald Trump was the voice they wanted to speak for them. Fair. That’s why we vote.

Flashforward to March 17, 2020. My fiftieth birthday believe it or not. I’m living in Nevada and the Governor of the state announces that all non-essential workers must stay at home. The reasons are simple, we want to make sure the Coronavirus doesn’t continue to spread. Add in the simple CDC rules to keep a six-foot social distance, wash your hands often, and for at least 20 seconds and most importantly, stay calm. The fight was on.

Other cities and states were following suit, so I felt that soon people from all political persuasions around the country would begin to come together and beat this little bugger. I mean, we all know that this virus didn’t give two shits if you’re Republican or Democrat anyway. It also doesn’t see colors, it can’t contemplate if God exists, and it’s definitely not Chinese. It’s a virus! It’s 120mm spherical particles with a single goal, to live and multiply.

So you can imagine my surprise when I began to see that this pandemic was actually becoming a political issue. There were circles who felt the media was using the virus to get at the President. Also, the President himself seemed sometimes not take the pandemic seriously while other times he would say all the right things.

To me, this confusion in message was purely a political one. He has his own agenda and his own way he wants America to be. He wants it to be “Great Again.” I’ve seen the hats. Unfortunately, America is not great right now. It’s a sick patient and it needs to get well. We need to take action to create a better future for us all and we can do this by not repeating our past.

In 1918, the Spanish Flu infected nearly 500 million people in less than two years, killing as many as 50 million. The Spanish Flu was caused by a virus too and what’s amazing is that there were actually three waves during the pandemic. That means it seemed to stop for a while and started up again. I can see that happening here if we’re not careful. And by the way this was without commercial airplanes, millions of cars, and about four times less people on the planet (7.7 Billion in 2020, 2 Billion in 2018). Sure, medicine was not what it is today, but my point is that history is supposed to teach us something. Clearly, for many it does not.

A new NBC News/Wall Street Journal poll released on March 14 indicated that 80 percent of Democrats have taken at least one serious precaution to prevent the spread of the virus. This might include changing travel plans, avoiding big gatherings, stocking up on groceries or other supplies, or wearing a protective mask. Conversely, just 53 percent of Republicans said they had done anything like that. A 27 percent difference.

Given that around 138 million people voted in 2016 and about 66 million voted for President Trump, roughly 17 million more Republicans seem to not take this pandemic seriously. To be fair, I don’t know what 20 percent of Democrats are thinking either, but to have that big of discrepancy across political lines, well, it’s just so maddening to me. Politics aside, are any of these people being polled seeing what’s happening in Italy or Spain?

If the Coronavirus’ current death rate of 3.4 percent is correct, and let’s say there’s a death toll of 5 percent of the population, (some estimates have this death toll number as high as 20-30 percent) the mortality rate means nearly 30,000 more Republicans would die than Democrats. When you consider these deaths could possibly be attributed to the way they tick a box during an election it makes it doubly unfortunate.

I have an interesting analogy to throw at you. What would happen to mankind if a group of marauding aliens in their UFOs came down to earth with the goal of eradicating us all? But first, they told us they would give us six to eight weeks before they would attack? Then just 80 percent of the Democrats and 53 percent of Republicans said, “Let’s get our shit together and work as one to fight these twelve-legged, nine-eyed foreigners.”

I think six to eight weeks later, after a lack of cohesive preparation and political infighting, we’d all be dead. I don’t believe in aliens and UFOs so I don’t feel that this would ever happen, but a week ago I didn’t believe my job would send me home of a month or more and that I’d be writing this article about a deadly virus, politics, and aliens and UFOs attacking the world… yet here we are.

I don’t get scared very often. I really don’t, but I must admit today, I am a little. It’s not because I feel that this virus isn’t beatable. It’s very beatable. We are human beings who have the smartest brains on the planet and when we all put our minds together, we can, and will, overcome almost anything. Famine, war, and definitely this dangerous virus.

I go back to the real question I asked myself when I sat down to write this article, “Who am I more afraid of, the Coronavirus or our lack of political discourse?”

I am a writer, podcaster, and filmmaker, who loves to ask, and attempt to answer, many of the big questions in life. I live with my amazing wife Amie, who is a master certified relationship coach http://amiethedatingcoach.com, and our super pug, Buddy. 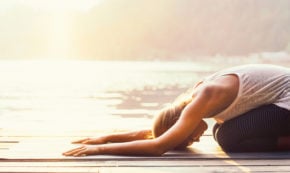 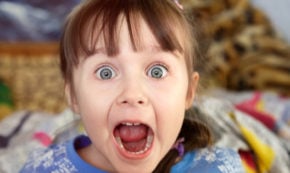 Facebook40Tweet2Pin1EmailShares43
wpDiscuz
Share this ArticleLike this article? Email it to a friend!
Email sent!