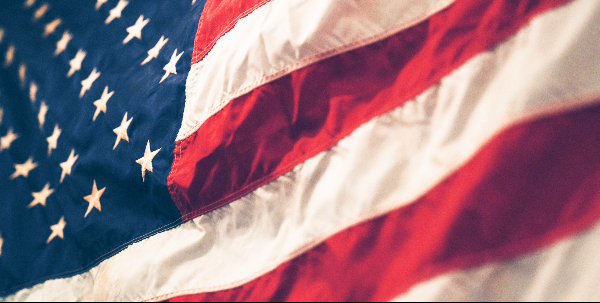 It’s time to calm down, stand up, and be counted–literally and figuratively. I don’t know about you, but I’m sick and tired of being gaslighted, thrown into a state of panic, and overwhelmed by distrust.

While the COVID-19 pandemic is terrifying to some Americans, it is a hoax to others. Why? It’s a matter of freedom. Oddly, it’s this commitment to freedom that is being tested in this election. Once we give up our democratic republic to an authoritarianism/totalitarianism/president-for-life form of government, far more than our freedom to wear a mask or not, congregate or not, and protest or not. Authoritarian governments can and will control every aspect of life choices. There can be limited access to healthcare and reduce access to food and shelter.

Reject genocide. The current President wants to wear the mantle, as the many of his ilk who have taken genocide in stride. “It is what it is.”

We must reject the COUP. The COVID-19 pandemic has exposed our country’s dark underbelly. Under a government that doesn’t care about people, it will only get worse. No one is immune to complete devastation due to the curbing or removal of all human assistance. It won’t matter what color your skin is or who’s your daddy, these oppressive governments soon run out of money. When people don’t have jobs or can’t pay their taxes and banks have no money to lend, guess who gets to contribute to government coffers? That’s right. You, me, and everybody we know. If we must vote to save our democratic republic country, the authoritarianism/totalitarianism/president-for-life leaders will take whatever is yours, day or night, with “legal” authority or not, your permission or not.

Say b-bye to your bank accounts, your savings under the mattress, anything you own of value – cars, bikes, guns, jewelry, computers, family members, and life as you’ve known it. All gone as well as any feeling of safety from our institutions, climate change, extreme weather, and natural disasters. We will have no say as to what and how we, as a people, move forward in a world that is getting increasingly hostile. Giving up a representational government will only exacerbate our demise.

Reject Apathy. I am tired of the media and polls manipulating my and public perception. They feed apathy — “My vote won’t make a difference because I live in a blue/red state,” – and affect turnout, “If it’s already decided, my vote won’t matter.”

It’s a lie. Your VOTE does matter. Your vote is your voice, your choice, your commitment to a democratic republic.

It’s a COUP. The President of the United States has destroyed the reliability of the Post Office delivery system and declared his intention to invalidate voting by mail just so he can declare the election corrupt and remain in office – self-appointed, self-directed, unconcerned with anything except himself. It won’t get better, and it won’t be the last time. It will happen time after time.

It’s a COUP. Here are the highlights from a MUST READ article at Waging Nonviolence: 10 Things you need to know to stop a coup. Note: if push comes to shove, an all-in-public-strike that shuts down EVERYTHING gives us, the everyday working people, a voice in what kind of government we support.

For now, plan to VOTE.